Michael A. submitted this photo and caption. 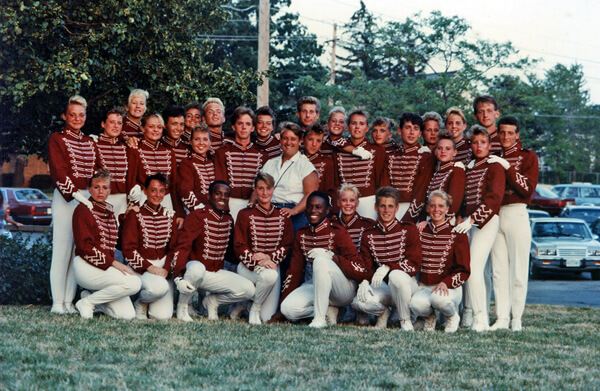 This year was the last year as the "Garfield Cadets" as they evolved into the Cadets of Bergen County, and now the Cadets. More importantly, the talent that was in this moment was a true collection from both coasts and could be called the "Best of the '80s".

WGI Champions from such teams as the Skylarks, Cavaliers, and San Jose Raiders, as well as members of Anthron, Adonis, 27th Lancers, and the Chesapeake Cavaliers, these people were all members of this organization's first co-ed color guard. This was the first year of the all-male rifle line. The legendary Peggy Twiggs (DCI Hall of Fame member) is the heart and soul of this year!