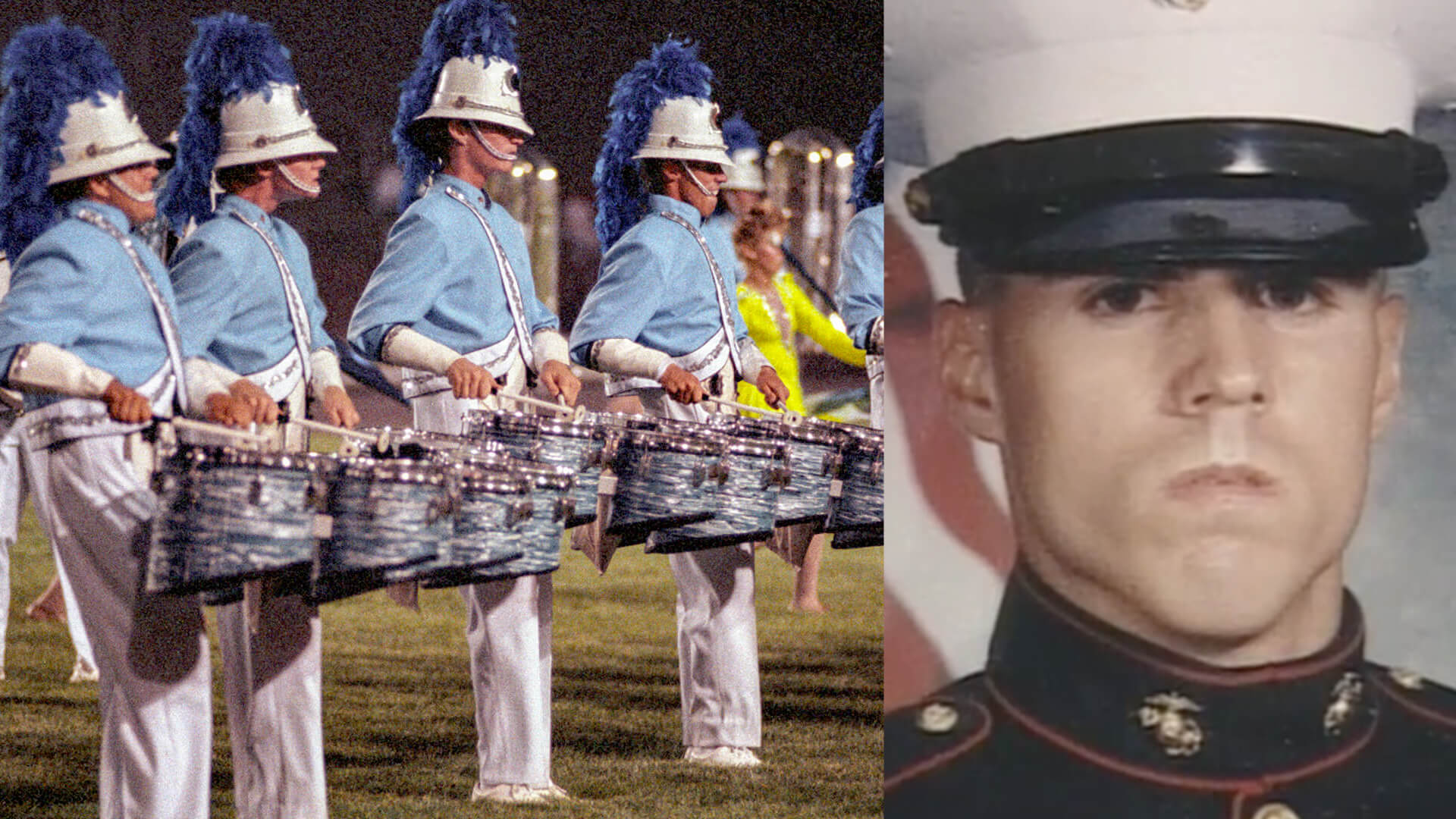 After suffering a disabling injury in the Marine Corps, just a year later John Horde found hismelf on the football field for his age-out season with the Bluecoats.Photo by: Drum Corps International

Lance corporal John Hord’s Marine unit was called to serve in Kuwait during the Persian Gulf conflict. Hord was clearing landmines when one exploded; taking four of the toes on his left foot and nearly his life.

Just a year later in a story of grit and determination, Hord found himself on the field of the Cotton Bowl at the 1991 DCI Finals, marching as a tenor drummer in his age-out season with the Bluecoats.

“I try not to (get down on myself) because there’s so much that I have in life still to be thankful for,” Hord said in an interview that was aired as part of the broadcast of the 1991 DCI World Championships about his experiences in the Marines and with the Bluecoats. “I am alive. I’ve got my friends, family, loved ones.

“Made it through the war which was hard enough in itself. Came back home, disabled veteran, wheelchair. Made it through the hard days, the hot days, the days my foot hurt. Made it to Finals, marched my final age-out show, placed it in the Finals. Put my marching shoes on the field as an age-out. Walked home, got home, sit down and say I did it, and everybody say job well done.”