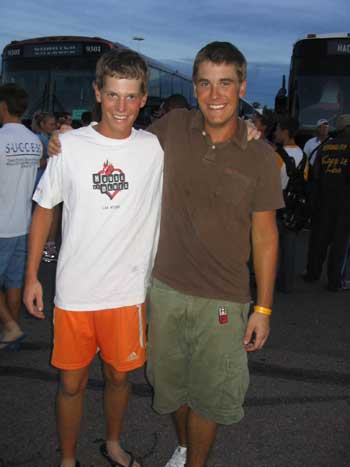 Zac Berkstresser sent this one in.

"This is me (Zac Berkstresser, left) and Andy Leister. We both were rookie euphonium players with the Glassmen. My dad took this picture after finals. Thanks for a great first year." Thanks Zac!
E-mail your Forzato submissions -- and we will get to them all, in time (and we're posting them in the order they were received) -- to dave@dci.org along with where and when the photo was taken. Send some biographical information about yourself as well. We'll give you full credit. Also, let us know if you want your e-mail address included.