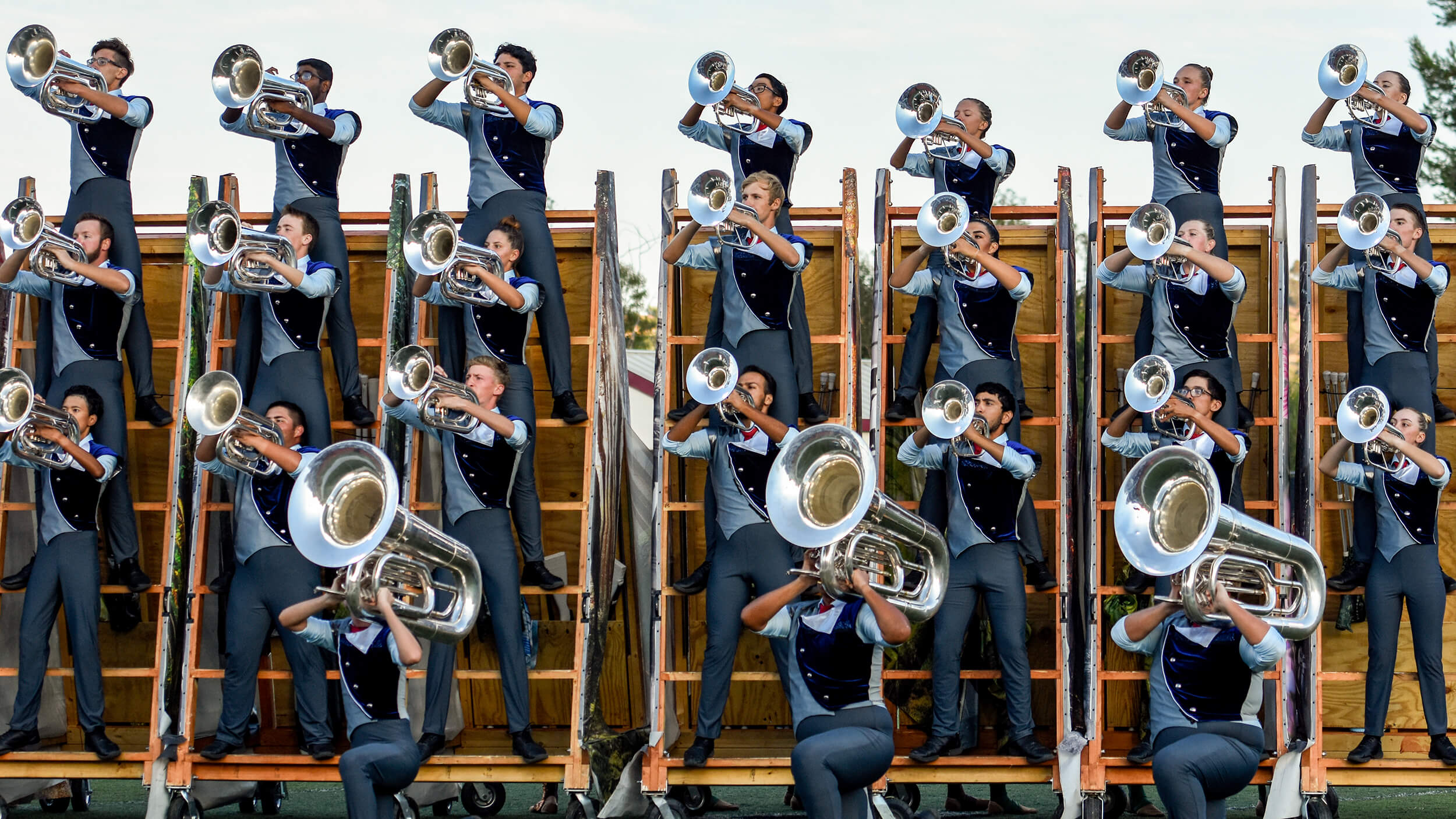 Everything about Genesis ties back to the phoenix.

The Austin-based organization’s main symbol personifies a rise from the ashes, a consistent thread running through the corps’ 10-year history and its 2019 production.

Genesis’ 10th-anniversary show, “From the Ground Up,” tells the story of industrialization, reliving the timeline of man wiping the slate of what nature once was to build better lives. The story draws a parallel to the overarching story of the corps.

“It’s kind of like what we do with the corps every single year,” fifth-year drum major Cameron Wilson said. “We always reach back to the past to find our roots for who Genesis is to take those steps forward.”

Visual caption head Frank Solis, who has been with the corps since its inception, took it a step further.

“I think it’s literally like the phoenix burning,” he said. “You turn into something new, it burns. We start from green trees, foliage and then the kids come in as the bulldozers, tear everything down, create a city and then at the end we tear everything down and go home.” 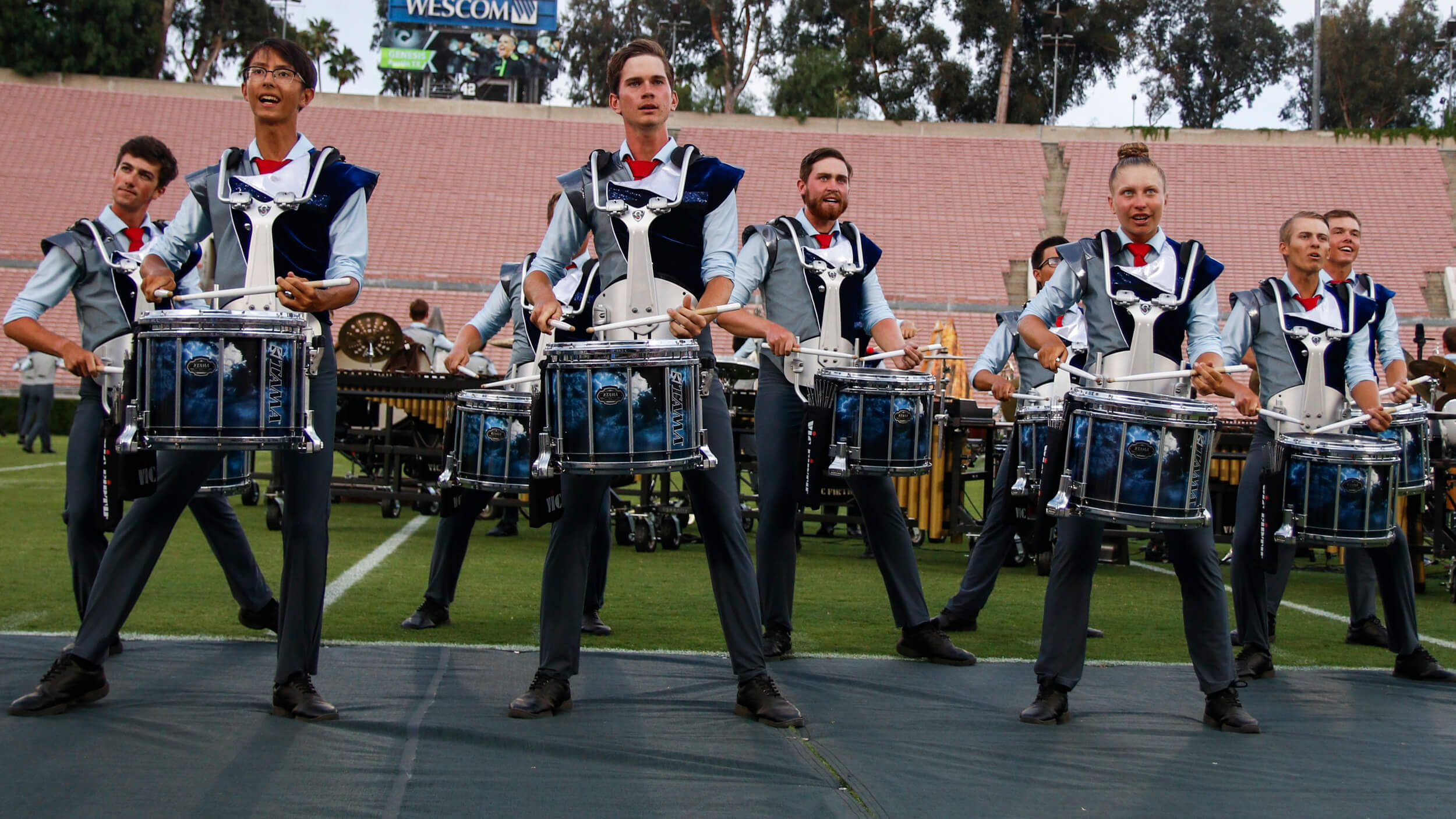 Wilson and Solis each choked up for a moment speaking on how far the corps has come in Wilson’s half decade and Solis’ decade in Austin.

Ten years deserves perspective, an occasion worthy of teaching newcomers history. Wilson believes that has been taken care of from the moment they joined the corps.

“Not even so much as giving perspective, but when these new members come into our group they’re welcomed like family,” he said. “All you have to do is jump on board, be part of what we do and watch — and you’re part of the family.”

That vibe has kept Solis around the Austin corps a bit longer than he expected.

“We have kids returning as three-year members, four-year members, five-year vets,” he said. “That’s what keeps me going. I told Cameron about a year ago, I said, ‘Man, this is probably toward the end of my drum corps career because I need to go into different things.’

“But I can’t because he’s still around. So now we have other drum majors who are still on the younger side and they’re like, ‘You’ve got to stay with me.’ That keeps cycling back and forth.” 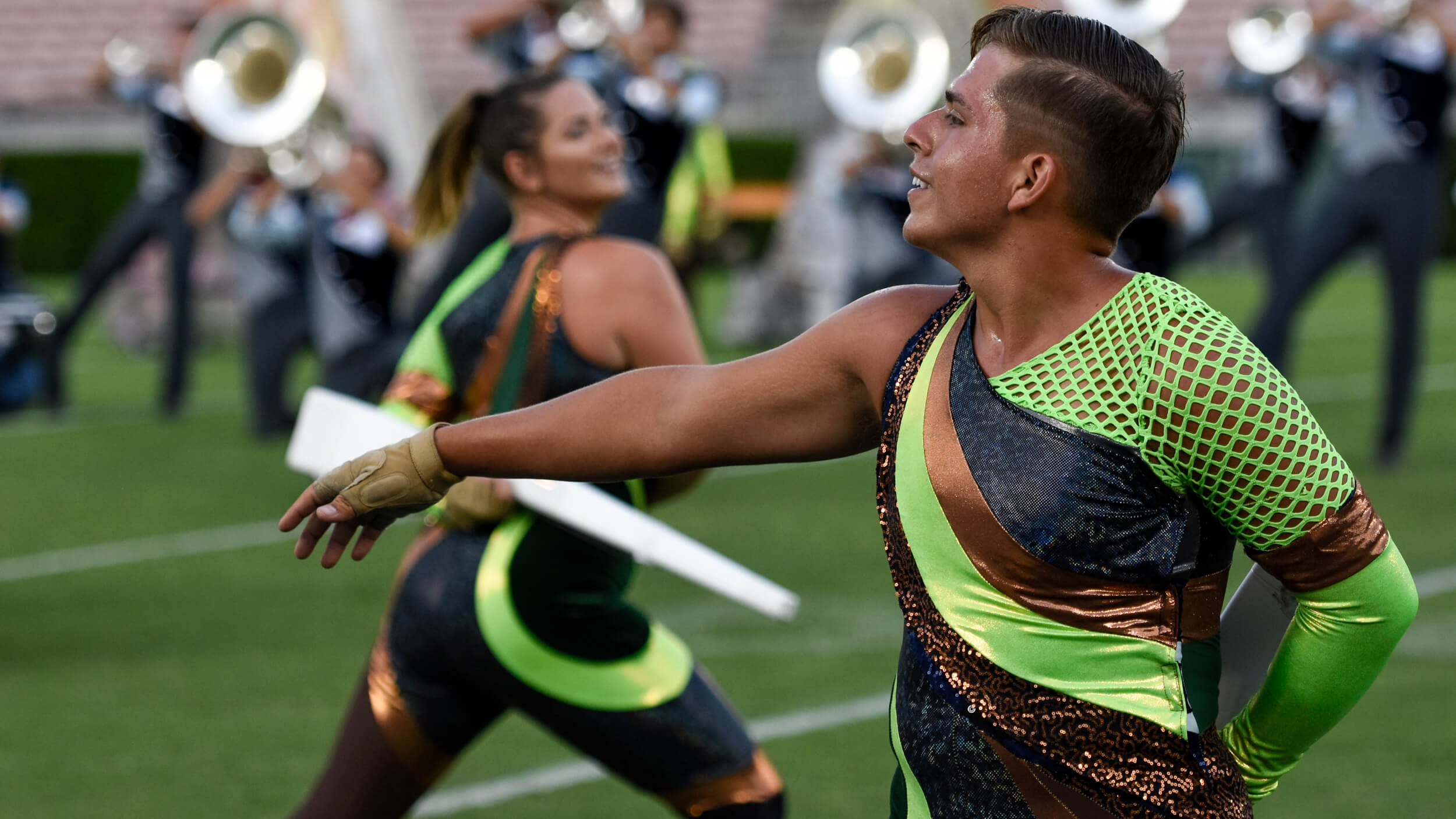 As any corps still in its relative infancy, Genesis has grown and improved with each passing year. Solis remembers 2010 vividly, quickly thinking back to Genesis’ debut that included just 27 brass players and some students scattered across the battery percussion and front ensemble sections.

The visual caption head grinned. He was at a loss for words as 10 years of progression and achievement flooded into his mind. He speaks of the corps with such admiration, thankful for what it’s given him this decade. Perhaps that’s why he hasn’t moved on to other things and still strives to do anything in his power to ensure the corps keeps its upward trajectory.

“It’s really hard not to notice the growth every single year,” Solis said. “It’s kind of hard to not notice it and want to give more and do whatever it is to do personally to make that better.”

That thought process has grown infectious throughout the corps. Wilson admitted that not many of Genesis’ traditions have changed throughout his tenure. The corps has grown older and gotten better in all aspects. But it’s kept the same familial atmosphere.

“There’s no singular entity in Genesis, only ‘Us’ and ‘We,’” Wilson said. “I think with that message we’ve been able to put out the same great product on the field and please the audience every single year with what we do.”

Ten years in, that goal has remained consistent.