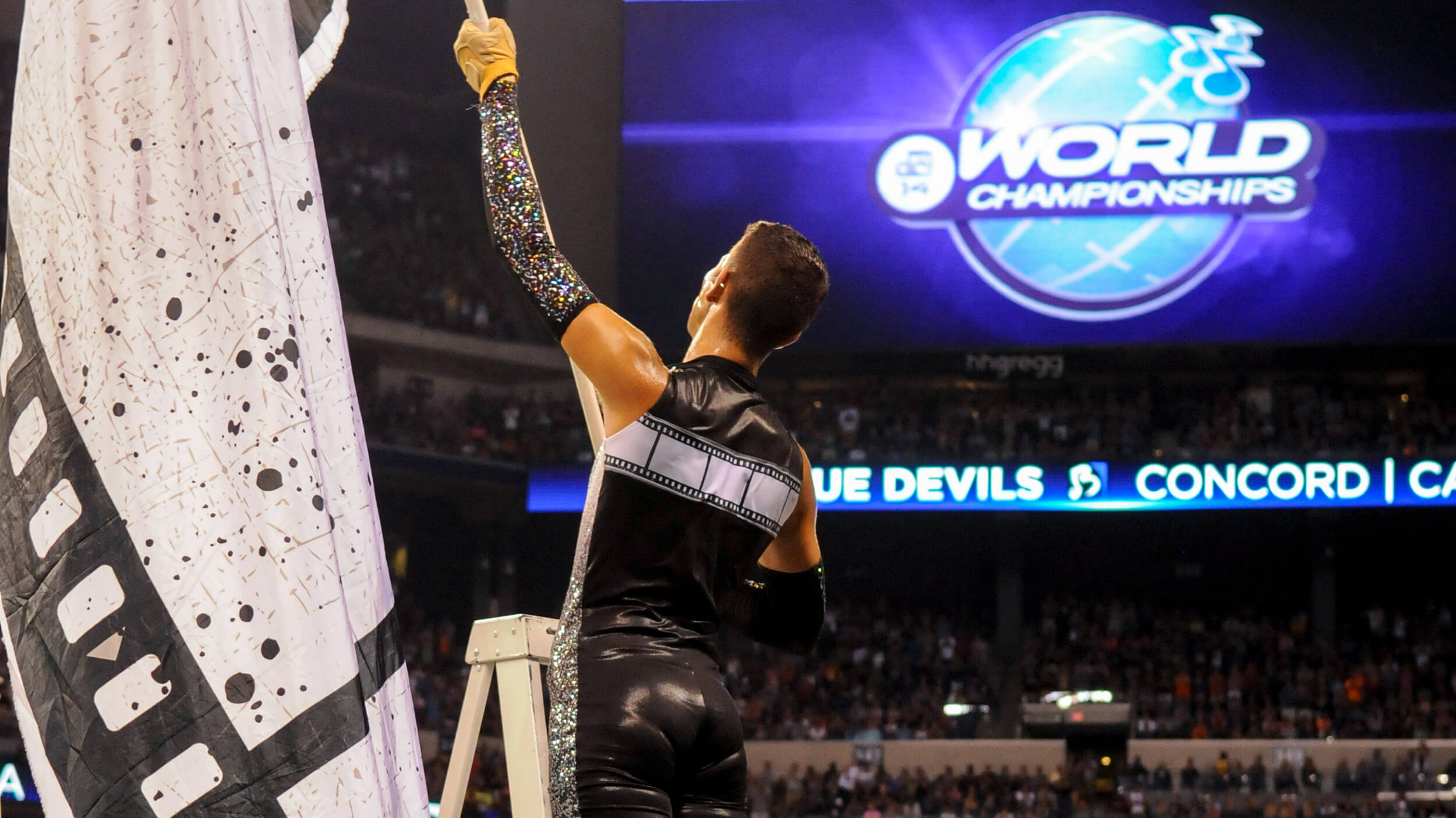 Over the last decade drum corps color guards have continued to push the boundaries of excellence. These corps represent the tops, winning the George Zingali Best Color Guard Award at the DCI World Championships, factored by the average color guard scores over the three nights of competition. 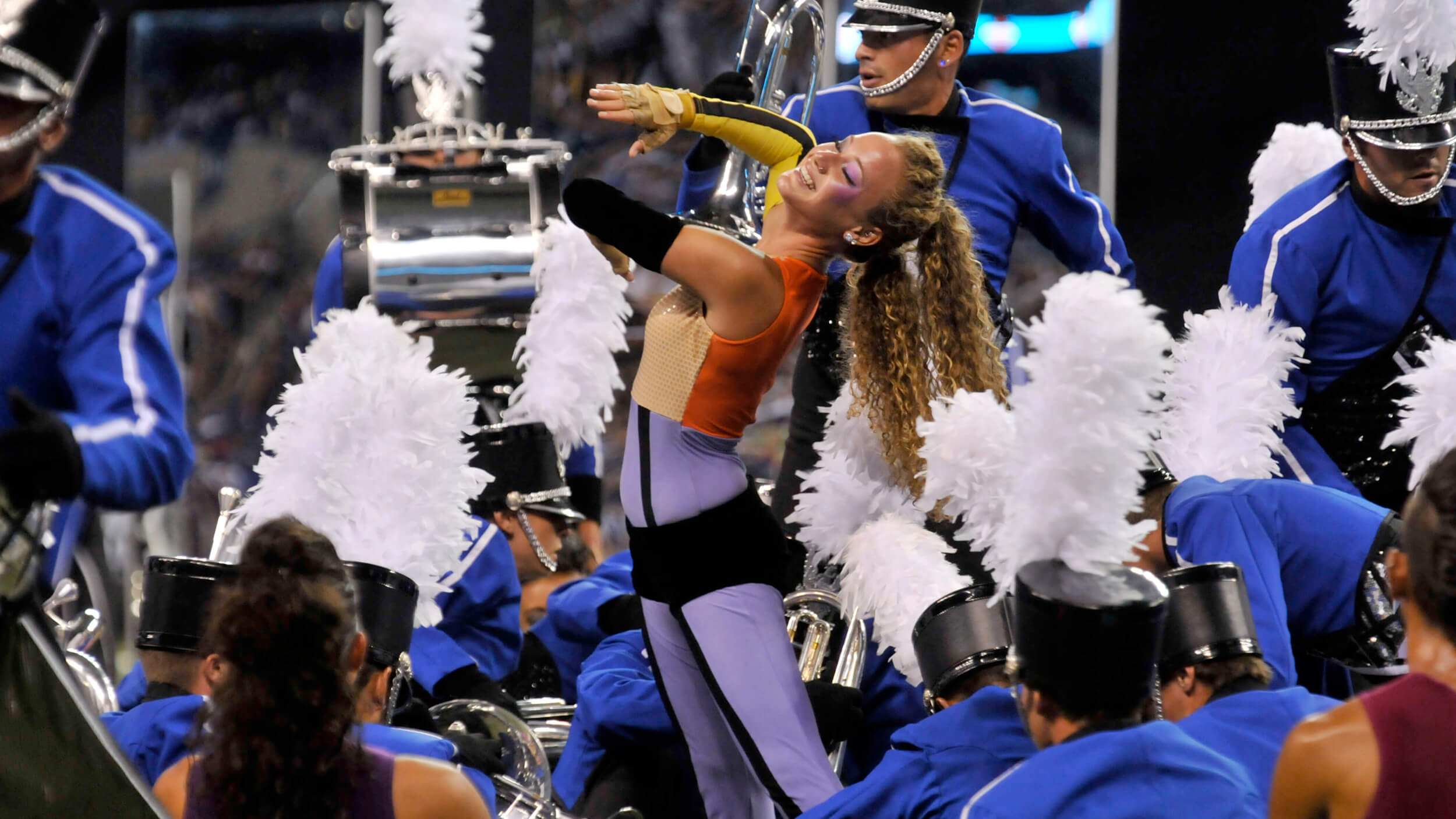 Blue Devils' six-year reign in the color guard caption began in 2009 and carried into the 2010s with an unprecedented trio of perfect color guard scores (20 out of 20 points) on all three nights of the DCI World Championships. 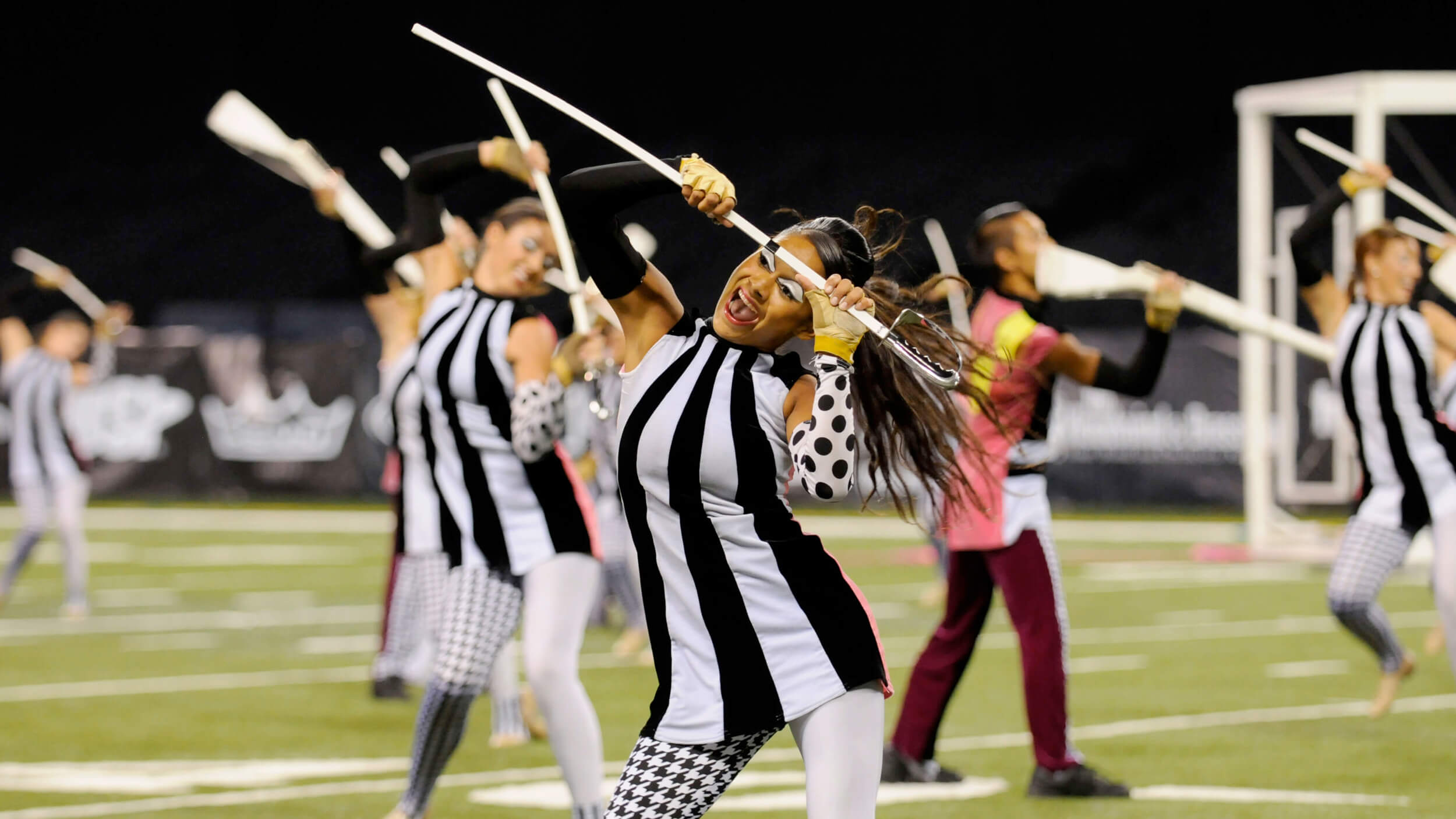 Despite having a back-to-back streak of gold medals snapped by The Cadets in 2011, Blue Devils kept things rolling in the color guard caption. In one of the decade’s most competitive season-long races for top color guard marks; at points throughout the summer, The Cadets, Phantom Regiment, Carolina Crown and The Cavaliers all earned head-to-head caption wins over the California corps, however the Devils turned it on late in the summer and never lost in the color guard caption in the month of August. 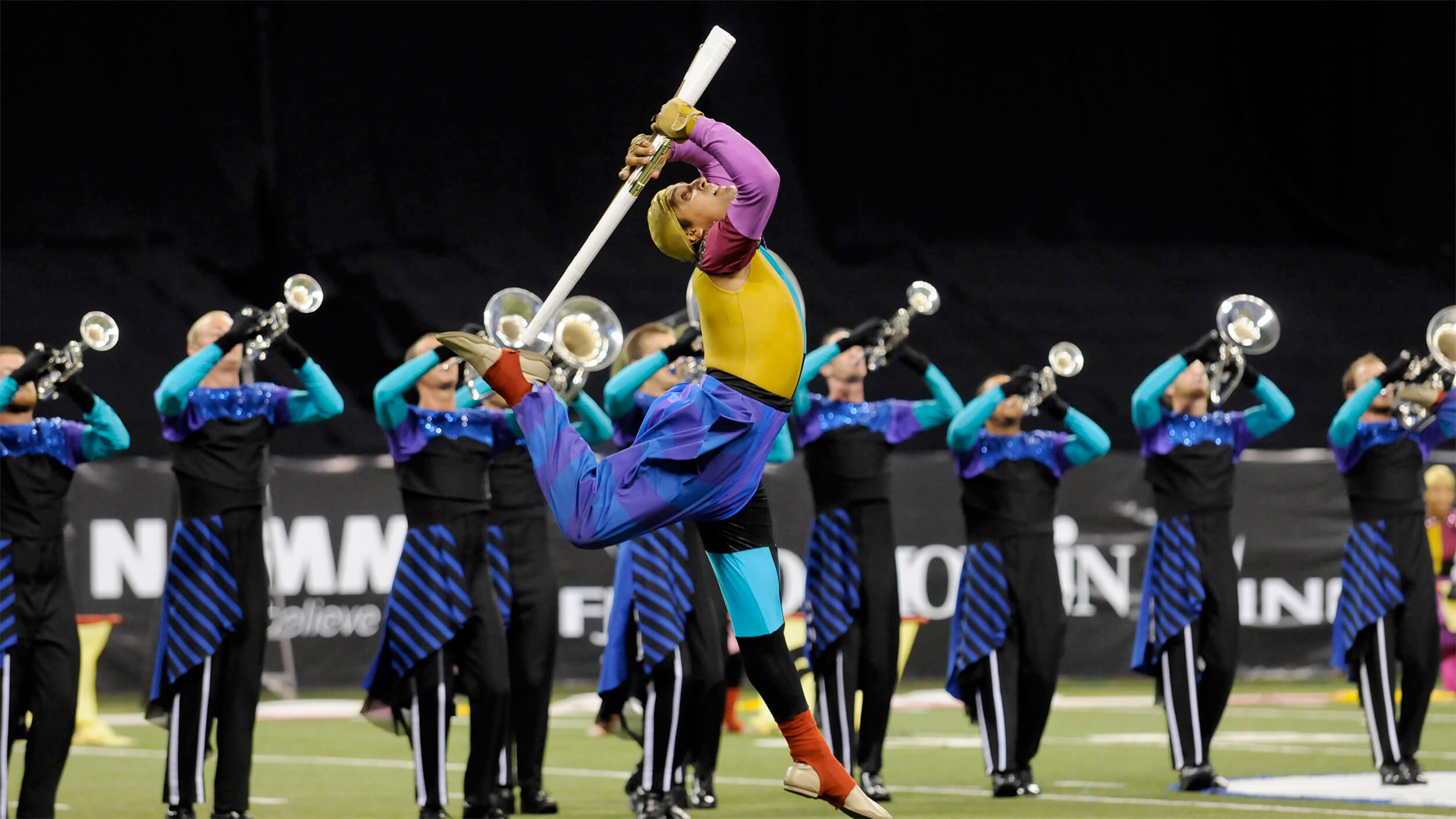 2012 marked what would become the second of three Finals-night perfect 20s in the span of five years for Blue Devils’ color guard, in a season during which the corps won its 15th gold medal by more than a point over the silver-medalist Carolina Crown. Blue Devils earned a victory in color guard by three tenths over the field, with Crown and Phantom Regiment checking in as the next-closest finishers. 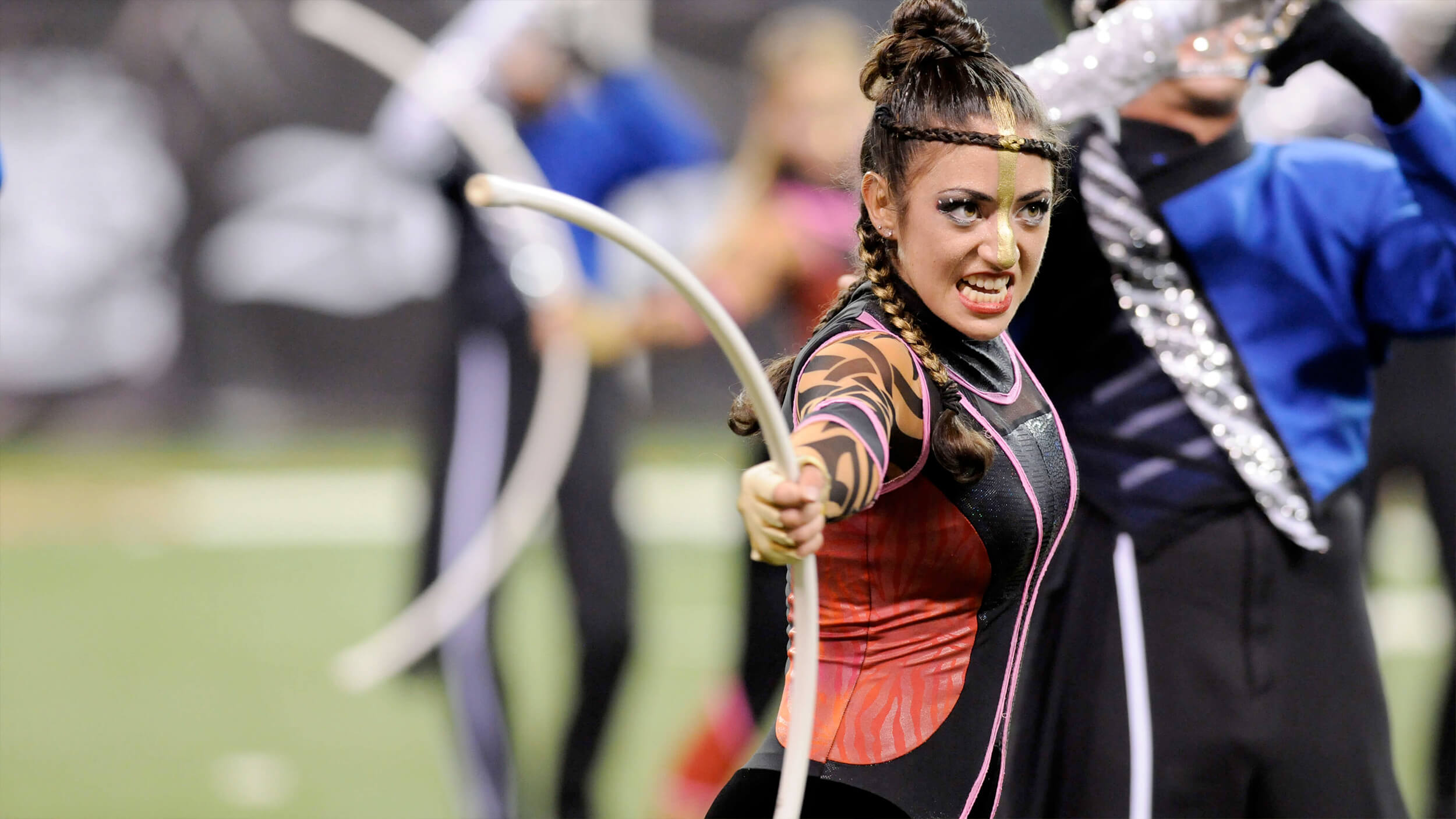 Blue Devils fell just three tenths of a point short of a second-consecutive gold medal in 2013, falling to Carolina Crown after a back-and-forth summer. In 24 meetings, Crown won 13 contests overall, Blue Devils won 10, and one featured a tie in early August. The color guard race was a similarly close competition, with Blue Devils winning the caption in 13 of those same 24 meetings, including four of the final five. The Concord corps’ Finals-night color guard win came by a rail-thin margin of one tenth. 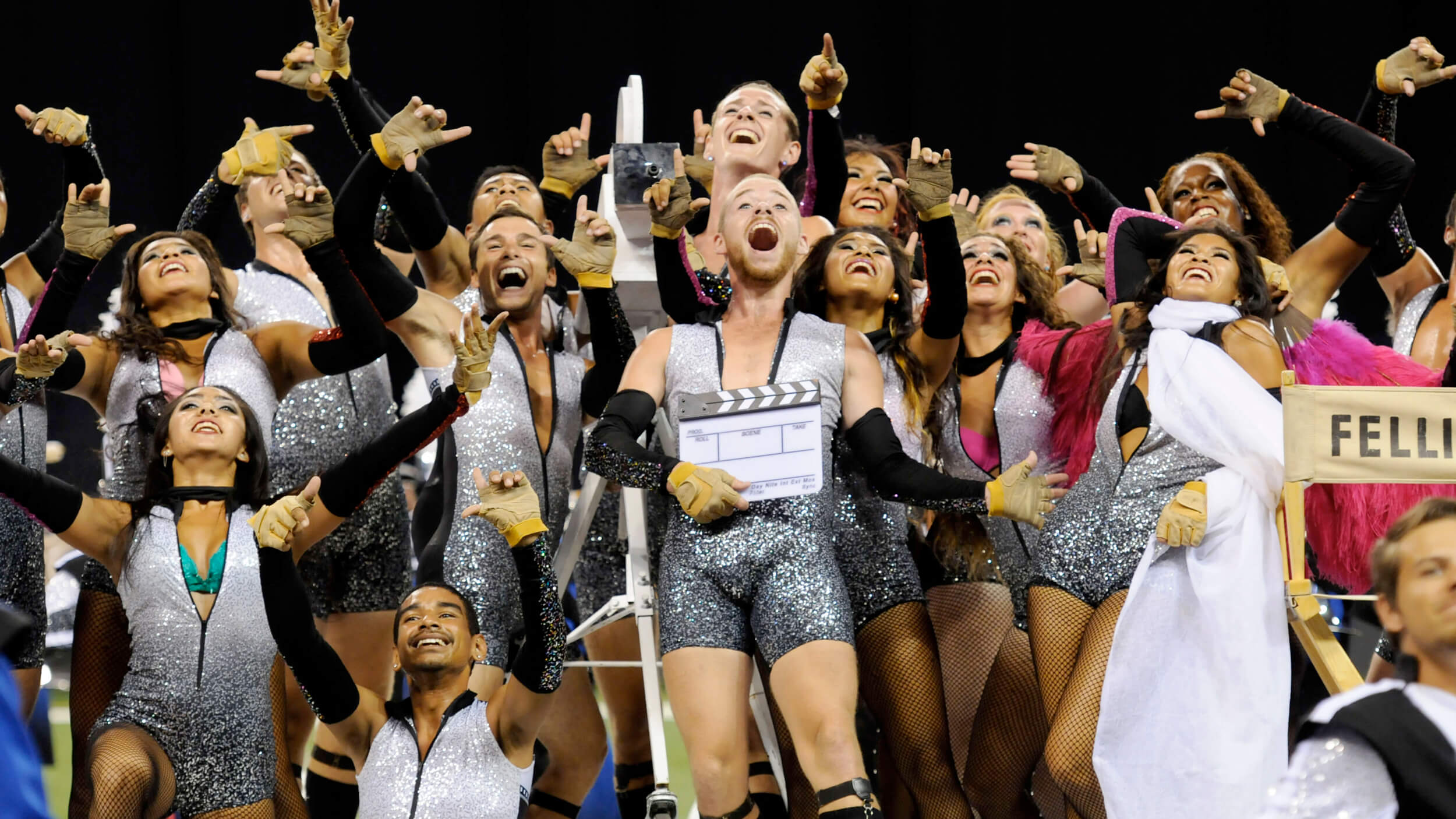 Blue Devils nearly matched 2010’s three-night streak of perfect scores in 2014, but ultimately didn’t break the 20-point mark until the final night of the season, which helped the corps to set the all-time DCI record score of 99.650. Interestingly enough, though, the Devils didn’t go undefeated in color guard that season; the corps took an early-season defeat, by just one tenth, at the hands of Bluecoats in early July. 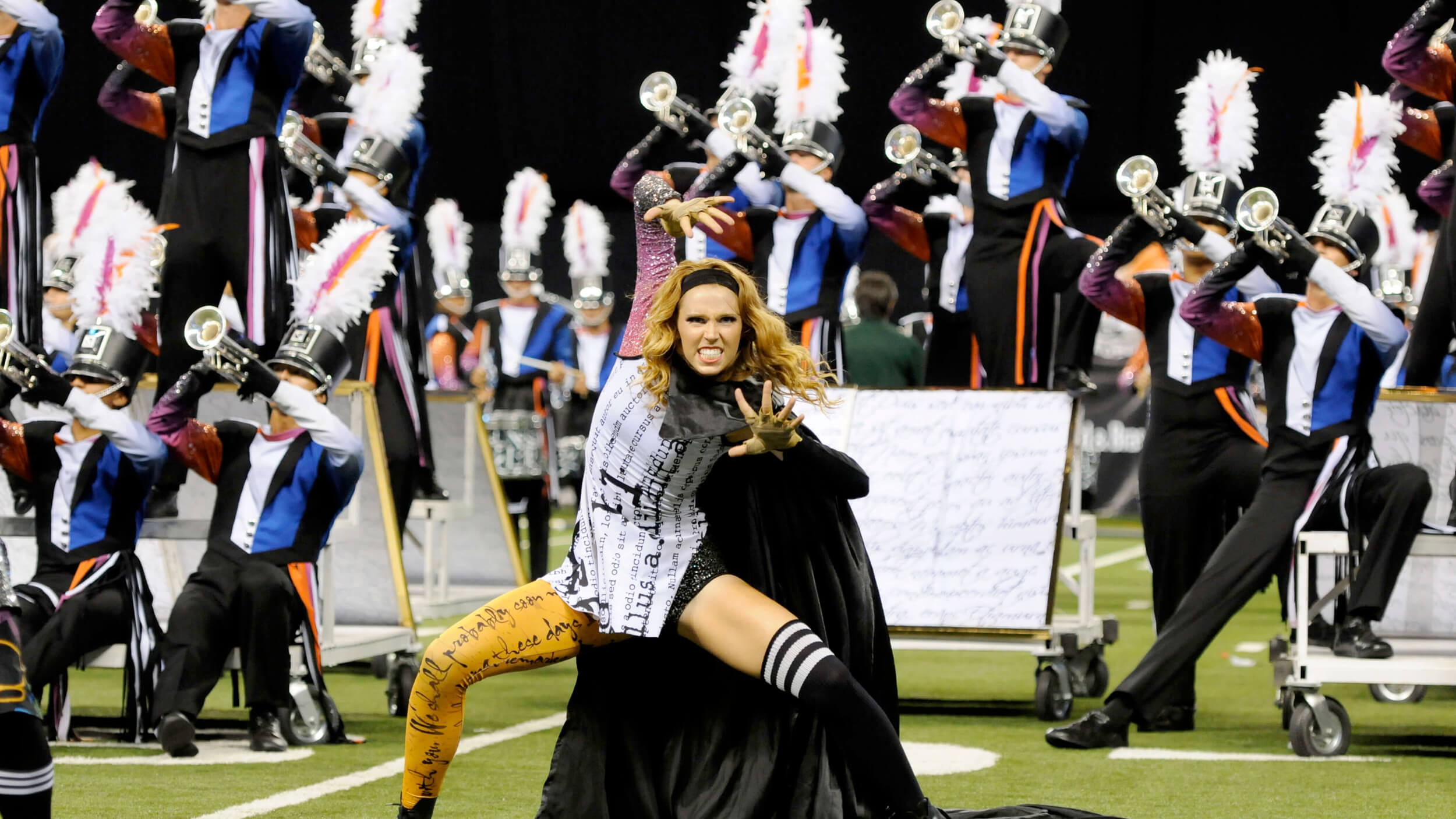 2015 marked the first year during Blue Devils’ string of consecutive color guard trophies that the corps didn’t take first place in the caption on all three nights of competition. Carolina Crown — which would take home the Zingali Award the following year — was the Devils‘ closest color guard competitor, earning nine head-to-head wins in the caption in 17 total meetings, including the top score during the World Championship Prelims in Indianapolis. 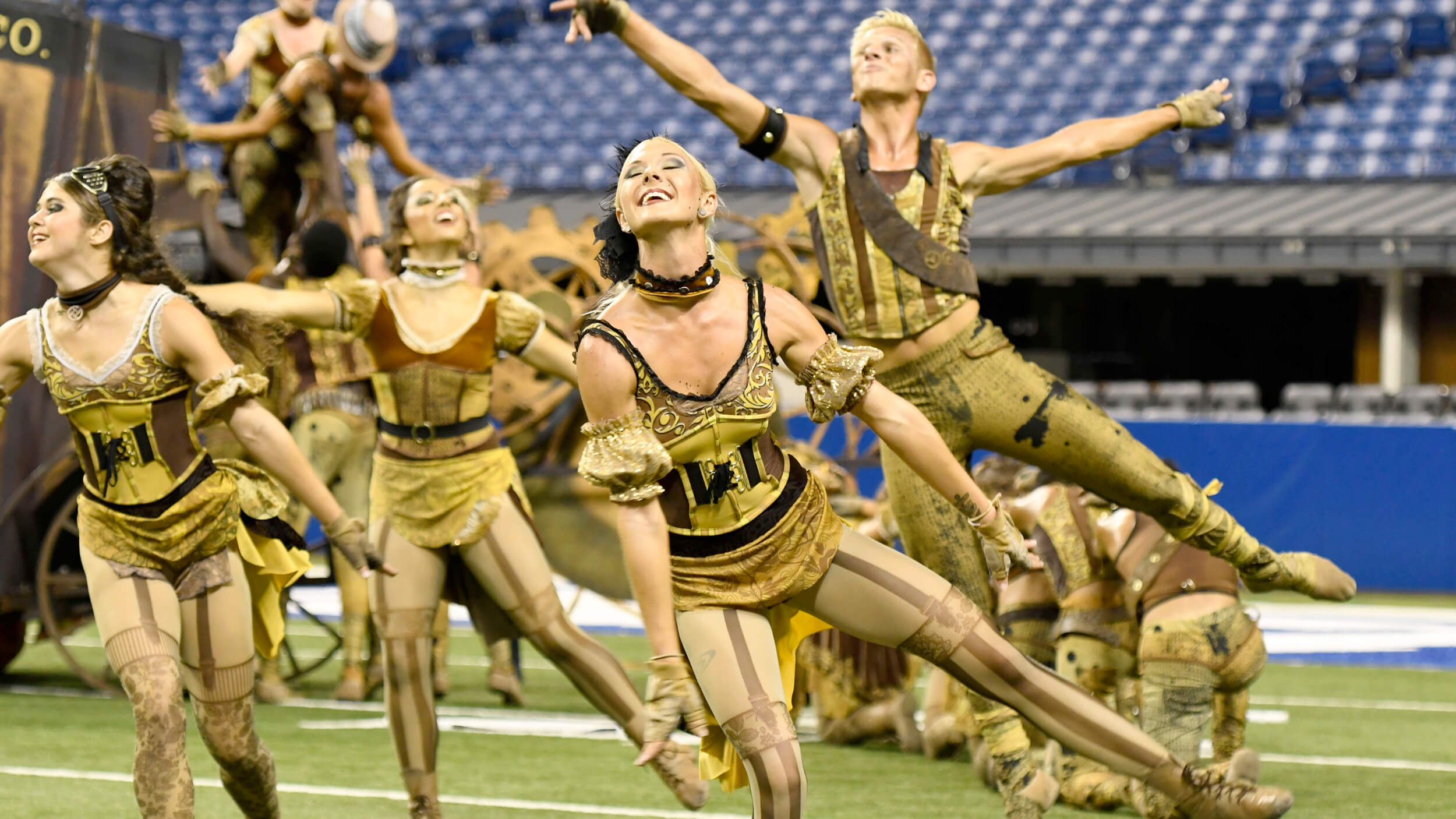 The 2016 season started a unique three-year trend in which the Zingali Award winner did not take first place in color guard on Finals night, but the winning corps’ average score over the three nights of World Championship competition remained the top mark. 2016 was also a historic season as Carolina Crown took home its very first color guard caption award. 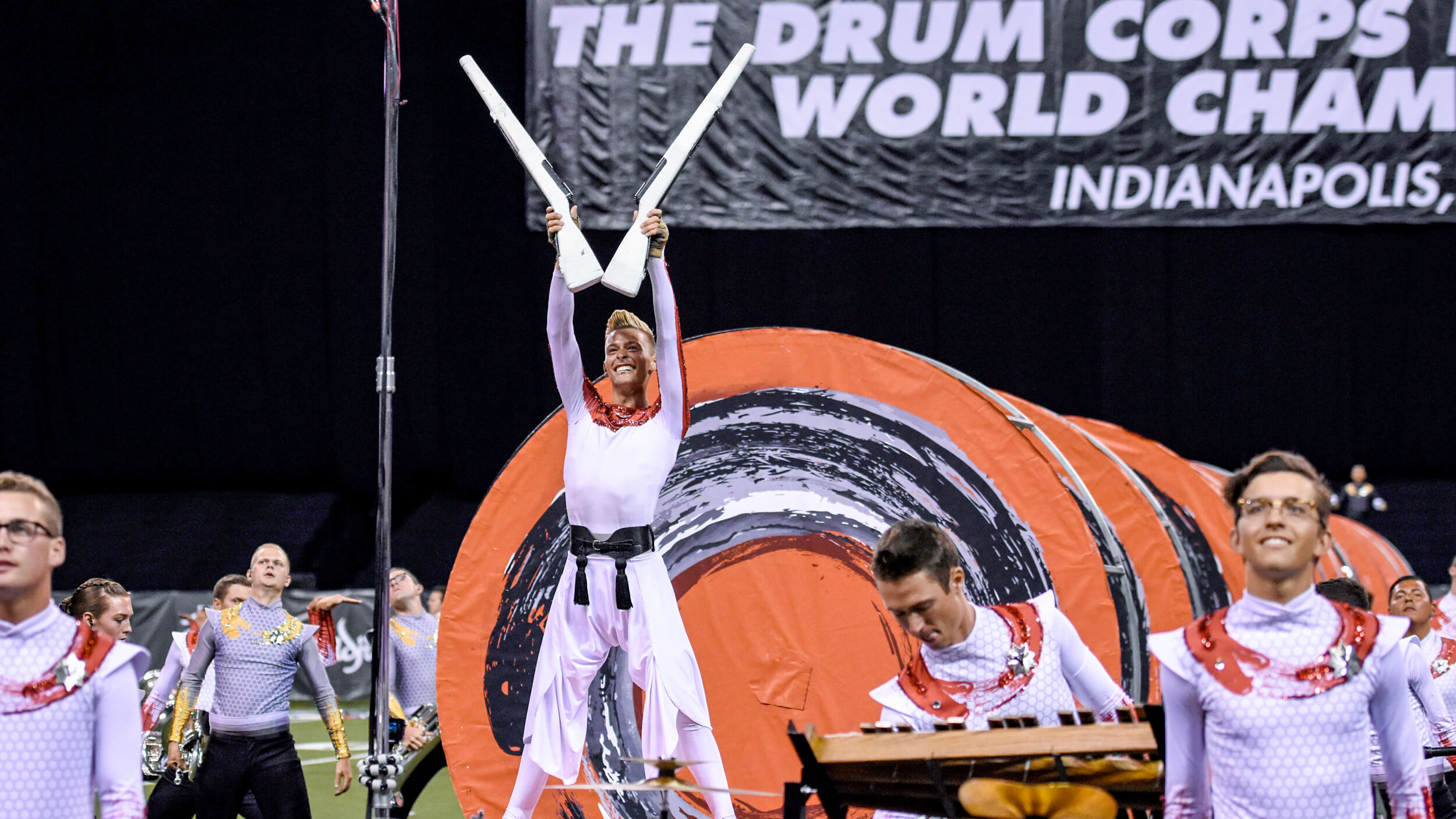 Vanguard took its overall success to a new level in 2017, earning multiple caption awards and its first medal (silver) in more than a decade. Despite a noticeable half point drop-off in color guard score from Semifinals to Finals, Vanguard’s weekend average remained atop the standings ahead of the Blue Devils. Interestingly enough, Vanguard only defeated Blue Devils in the color guard caption in four out of 14 meetings in 2017, once on June 25, once on July 21, and twice at the DCI World Championships. On a handful of occasions, Vanguard even scored as low as third in the caption. 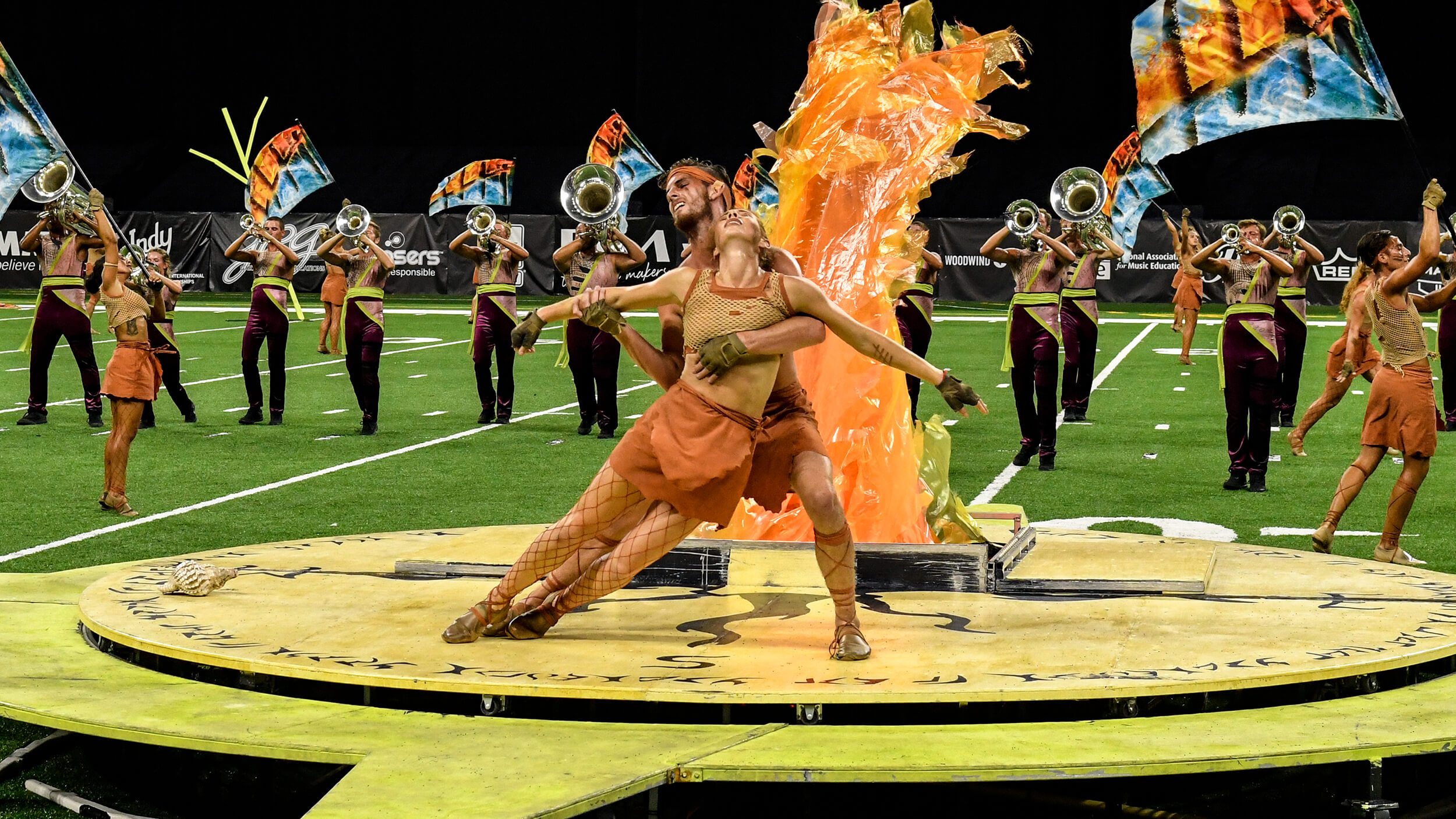 Boston Crusaders only took first place in color guard on one night of the 2018 DCI World Championships, but its margin of victory of 0.25 points in the Semifinals was enough to make up for close defeats in both Prelims and Finals, both of which came at the hands of the Blue Devils. 2018’s Zingali win was Boston’s first caption award of any kind in its nearly 80-year history. 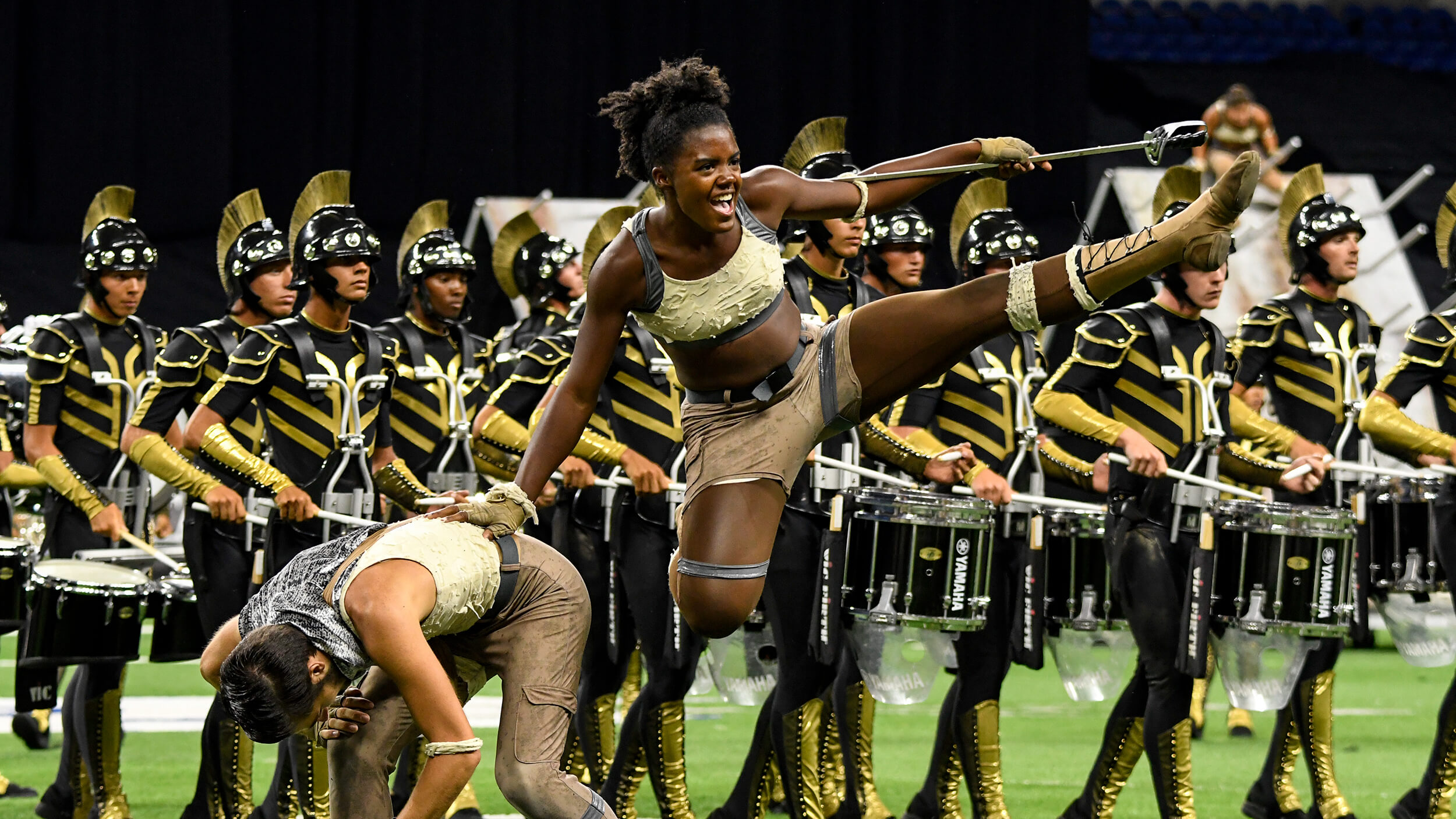 In 2019, Boston took its color guard prowess to another level with the highest final color guard score of any corps since Blue Devils’ perfect mark in 2014. Boston's 19.9-out-of-20 tally featured a perfect total in the “substance” portion of the overall caption score. Other than a couple of midseason losses to both Santa Clara Vanguard and Bluecoats, and one loss to Blue Devils in Prelims, Boston largely ran the table en route to its second straight Zingali Award.

George Zingali was a drum corps innovator who redefined visual and color guard designs through the 1970s and ’80s. He was well known for his work with the 27th Lancers, Blue Knights, and Star of Indiana. With The Cadets, Zingali was part of a team that captured four World Championship titles over an incredible five-season run. He passed away in 1992.