As the holidays gear up and the year slides to a close, many peoples' thoughts turn reflective. There's something about the holidays -- perhaps it's familial renewal, perhaps it's the gift-giving, perhaps, it's just cold weather and eggnog -- that makes people more thoughtful and thankful. And drum corps members are no different. Earlier this month we solicited reflections from current marching members. They were given these instructions: "How has drum corps affected the way you live? Maybe your drum corps experiences have impacted your life in and out of the classroom. Maybe they have helped you become a better student, a better person, a better friend or a better musician. Maybe you initially had a negative experience but were able to push through and turn that into a positive." 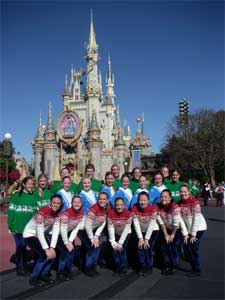