From the Glassmen Web site: Glassmen timpanist Chihiro Shibayama performed for a television audience this week as part of the Juilliard School's biennial gala televised nationally as part of the award-winning "Live From Lincoln Center" series on PBS. Originally broadcast live on Monday night, April 3, during the school's 100th Anniversary Gala, the show will be rebroadcast during the week at various times on PBS stations. Read more about Shibayama at www.glassmen.org. 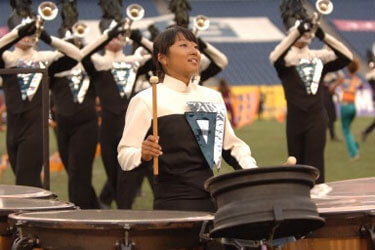