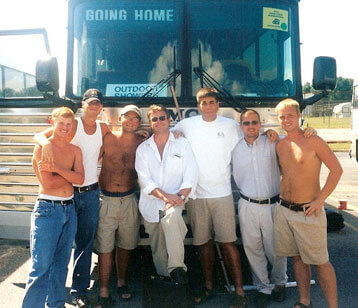 This picture is from the 2000 Drum Corps International World Championships weekend in College Park, Md., with some of the Southwind horn line guys that rode on the color guard bus during the summer. We took the picture with our director during the last day of the tour. At the end of a summer spent traveling the U.S., the marquee on the bus says it all!