Justine Williams, a 2007 member of the Boston Crusaders, submitted this photo and caption. 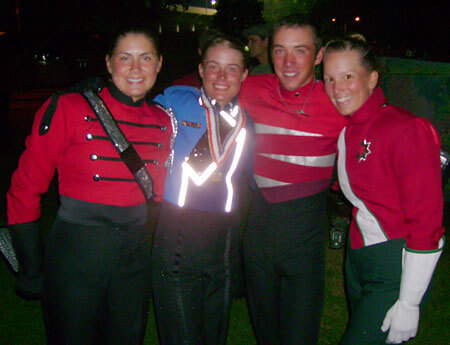 This photo is of me, Justene Guldin, Mike Freeland and Erin Holtz before the '07 DCI World Championship Finals retreat in Pasadena. We all played mellophone together as members of the Troopers in 2005, and we went on to march as members of the Boston Crusaders, Bluecoats, Colts and Santa Clara Vanguard. It was great to see each other again!