Remi Hoogland, a 1991 member of Dutch Boy, sent this picture. 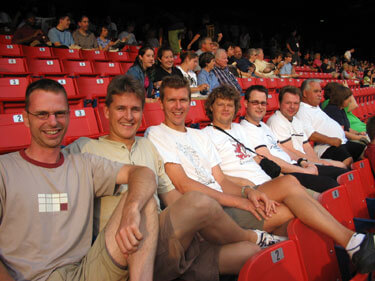 Greetings from the Netherlands. This is a picture taken at Giants Stadium during a Cadets' rehearsal six days before the DCI World Championship Finals in 2005. We spent eight days in the U.S. to experience the 2005 Summer Music Games Tour. We drove from Allentown to New York and then to Gillette stadium in Foxboro, Mass. We had so much fun together seeing the best marching units in the world.

We're planning to come back in 2010 to do it all over again. Thanks to DCI and all members active during the 2005 season.