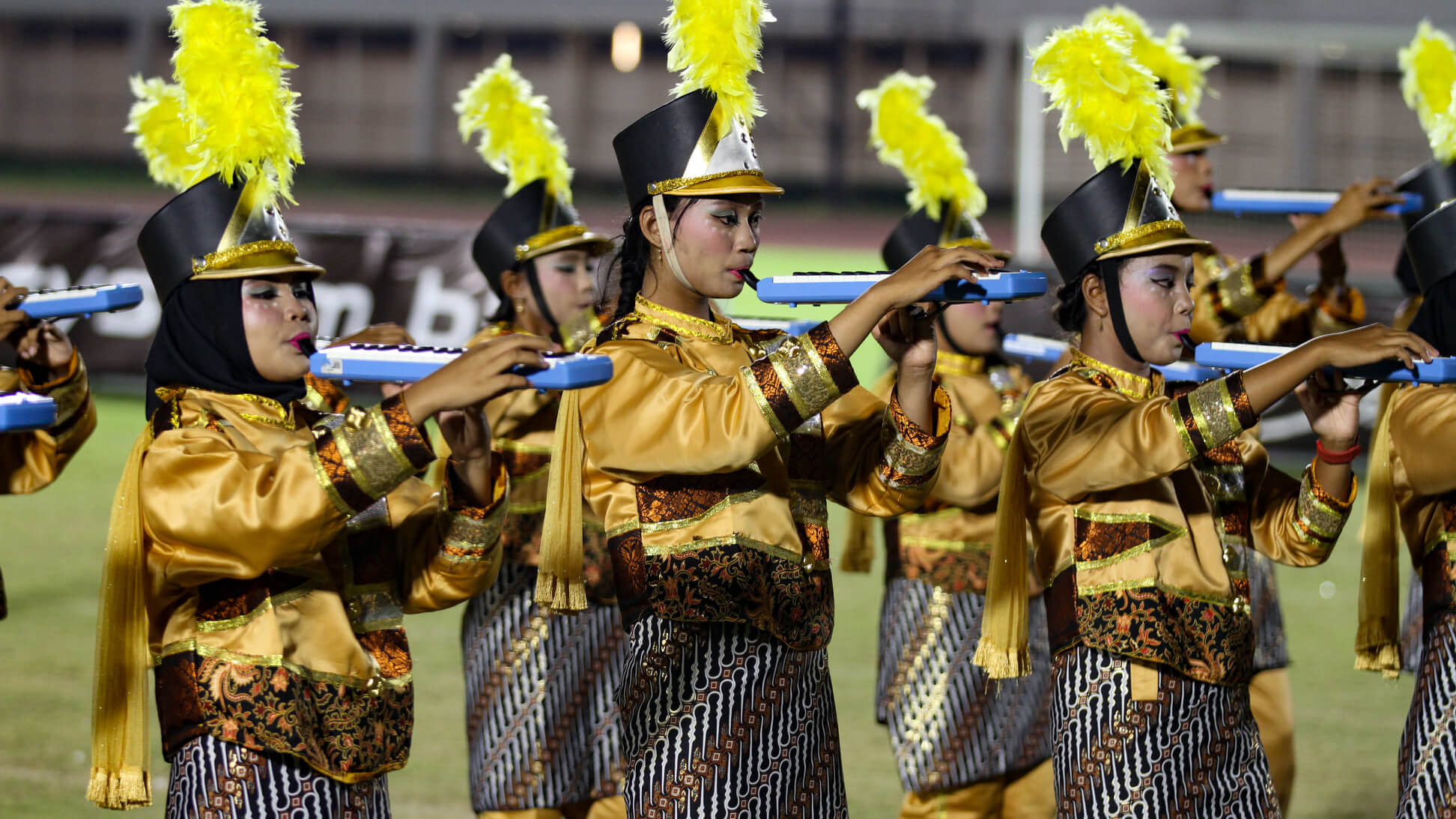 Picture 40 young students on a field. Some of them are playing percussion instruments.

But the rest are playing melodicas. That’s drum corps in Indonesia.

More accurately, it’s just one manifestation of the marching music activity in Indonesia, which has exploded over the last four years, aided by the growth of Drum Corps International’s SoundSport and DrumLine Battle programs within the context of the Indonesian Drum Corps Association (IDCA).

On display at the recently-held Indonesian Drum Corps Championships (IDCC) in Jakarata this October, were the association’s three levels of competition -- World Class, SoundSport Challenge Class and SoundSport Elementary Class -- all of which have made leaps and bounds leading into and including 2019.

The championship event itself also featured a street parade competition and a full day of DrumLine Battles, prior to two days of drum corps and SoundSport performances.

According to DeNovi, the World Class division somewhat emulates what audiences are used to seeing at DCI Tour events in the United States.

The content is similar, too. Indonesian marching music fans are plenty familiar with what goes on during the annual DCI Summer Tour, and they’ve certainly used some of that for inspiration as the activity grows in their own country.

“They’re definitely influenced by the basic fundamentals of what we do, but introduce their own unique cultural flair,” DeNovi said. “We saw it all the way up through World Class, in costuming, styles of dance, and the use of local instruments that you might only see native to Indonesia.”

DeNovi noted that each year the event has taken place, the overall “standard of excellence” has grown at a steady, impressive clip.

“We don’t just go over and help them run their events, we do educational sessions, particularly with their instructors and designers,” he said. “We’re seeing a definite increase every year in the quality of the groups, both design and performers.”

As a result, several groups in Indonesia are primed to potentially take their talents to new levels of competition, including one that made its way to the United States during the 2015 DCI Tour, Gita Surasowan Banten.

Nothing’s set in stone, but DeNovi noted a possibility that same group would be back in the near future, as well as the fact that others have expressed interest in making the trip as the activity continues to expand in Indonesia.