Shain Wiederholt, a 2008 member of the Oregon Crusaders submitted this photo. 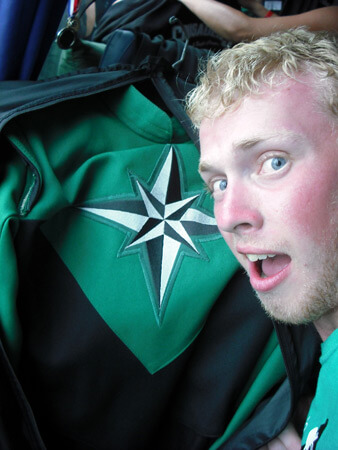 This photo is of me with my uniform, zipping it up for the last time ever after the '08 World Championship Finals. The Oregon Crusaders took fourth place last summer with a score of 93.025. The highest score in the corps' history was made during the Semifinals with a score of 93.325. As you can probably see in the pic I have some scruff coming on… my razor broke the day before!