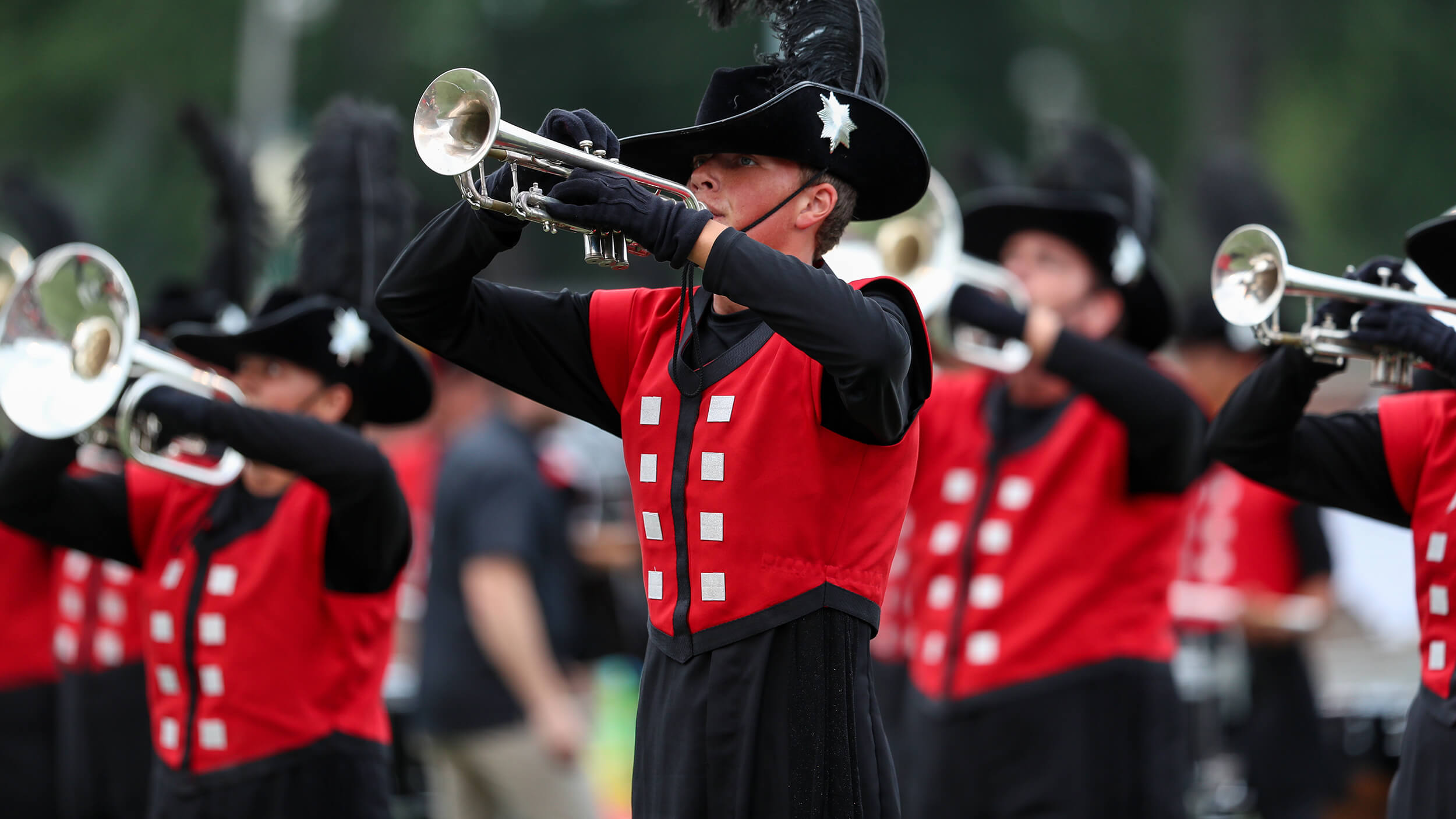 If nothing else, Stathis Linardos thought that Heat Wave’s 2019 show had to revolve around the concept of change. After an offseason where the Inverness, Florida-based drum corps encountered its fair share of staff and member turnover, it was on the program coordinator’s mind.

“Change,” though, doesn’t produce the most specific inspiration at first sound. As the deadline neared, Linardos still had his hands full, juggling in his mind the possibility of going a number of directions with the 2019 production.

Then he came across a piece of music that, in and of itself, had experienced change; it had evolved over time. “Nature Boy,” a 1948 song originally recorded on the piano by Nat King Cole struck Linardos as a way to evoke feelings of change through lyrics and composition — the latter of which already had a historical base.

“I had found just so many different recordings of the piece online,” Linardos said. “There’s the regular, standard version of Nat King Cole singing it at a piano. I found a big-band swing version cover. David Bowie has a cover.

“The one thing we could do with this and all the different ways it’s been done is really illustrate change musically and visually together. The tune is just so adaptable to the styles I’ve seen it in.”

In essence, in Linardos’ mind, whatever way Heat Wave was to take the story, they could almost do a plug-and-play with the tune’s myriad versions.

With the backdrop of “Nature Boy,” the production will introduce its own nature boy of sorts, a Tarzan-esque main character living away from society and other humans. He invokes mystery while raising the question of what would any of us do if we ran into this nature boy?

Would there be excitement? Fear? Intrigue?

Then, with the story still playing out, Heat Wave breaks into 21st-century music with the likes of Coldplay’s “Fix You” and Yes’ “Changes,” as well as original music by Brendan Sweeney, to further develop the main character’s emotional arc.

Visual symbolism, largely by way of color imagery, will be utilized to display the nature boy’s character development as he interacts with his environment and other humans.

For a small Open Class group whose roster annually boasts nearly 90 percent new faces, Heat Wave designers felt the thematic concept would resonate with their corps members, a powerful message to which young performers could attach themselves.

Entrusted with leading the corps into its fifth-anniversary season, Linardos and Sweeney were quick to note Heat Wave’s entire staff has overcome the obstacles of change, quickly buying into the mission of caring for and educating the 2019 members. 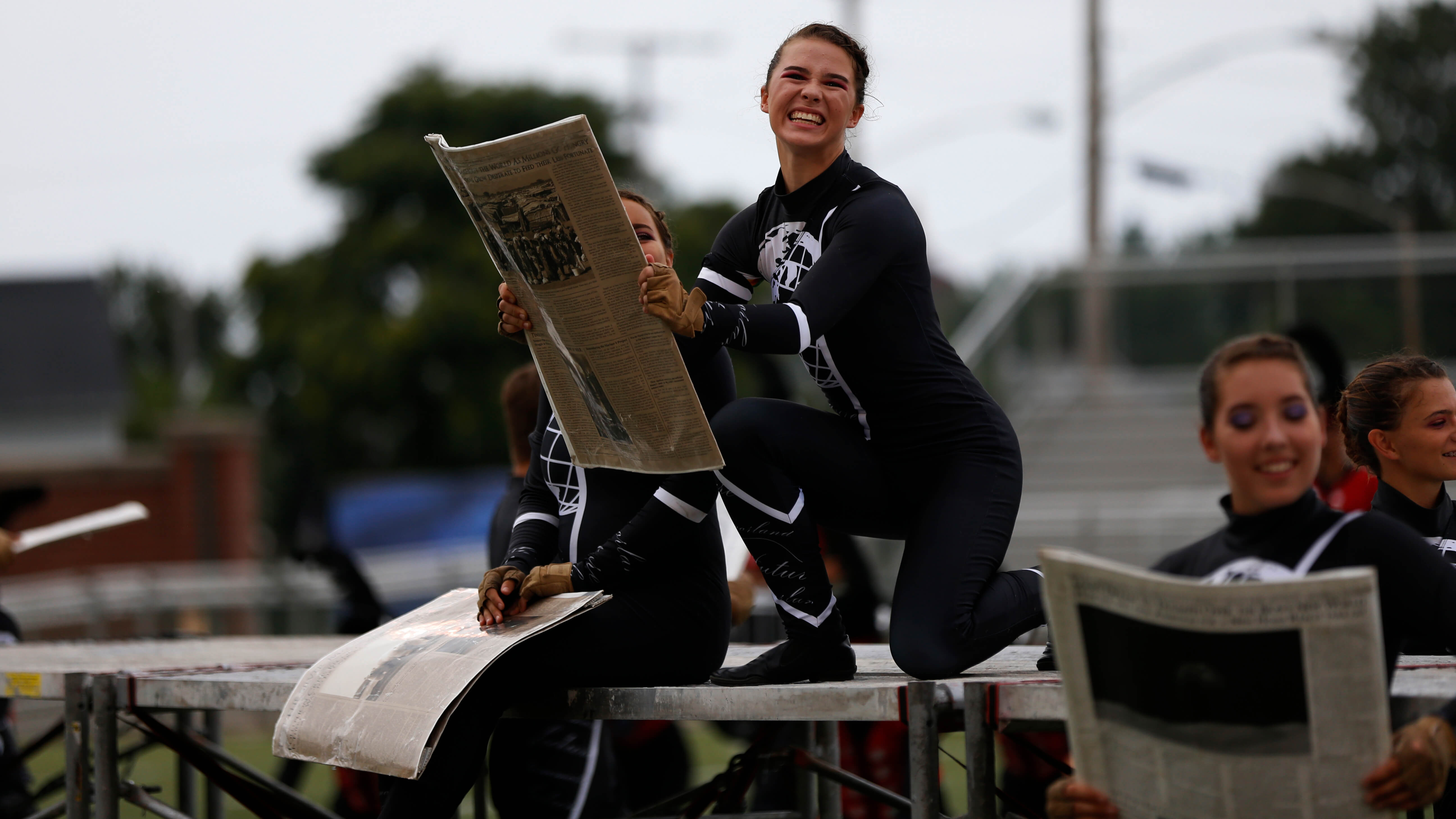 For all the change Heat Wave wanted to put on display with its 2019 program, its storyline also brings to light the Florida-based corps’ evolution into what it aims to be — a mainstay in DCI's Open Class division.

After attending the DCI World Championships for the first time a year ago and posting an all-time corps-best output of 60.950 points at last year’s Open Class Prelims, Heat Wave is embarking on an 18-show campaign in 2019.

“It is by far the most shows we’ve ever done,” Linardos admitted with a proud grin.

Heat Wave will debut "Nature Boy" at the DCI Orlando presented by Fruhauf Uniforms event on July 6, offering drum corps fans in the Sunshine State a first look at their hometown corps.