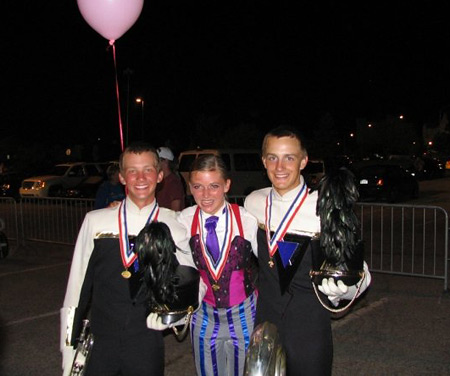 Seen in this photo (from left to right) are 2008 Glassmen members Tyler Lindemier, Tina Goodwillie and Bobby Schmid. All three of us are South Lyon High School alums, and the 2008 summer season was our fifth marching together! It was great being able to march with such close friends again, and all three of us will be returning in 2009.