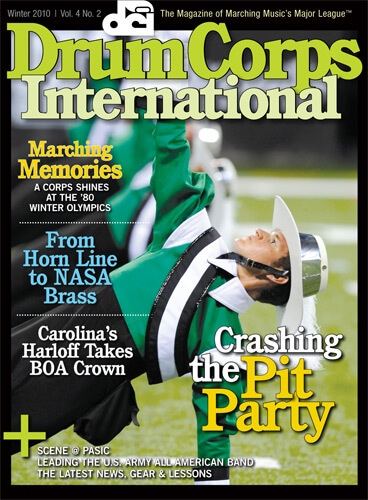 The front ensemble—also known as "the pit"—is playing an increasingly important role in drum corps' musical programs. But with the rest of the corps moving behind them, members of the pit crew have a special bond all their own.

Olympians to the Corps

On the 30th anniversary of their historic performances at the 1980 Winter Olympics at Lake Placid, N.Y., members of the 27th Lancers can still feel the chill in their fingers—and the thrill of one of America's proudest sports victories.

Faces from around the 2009 Percussive Arts Society International Convention.