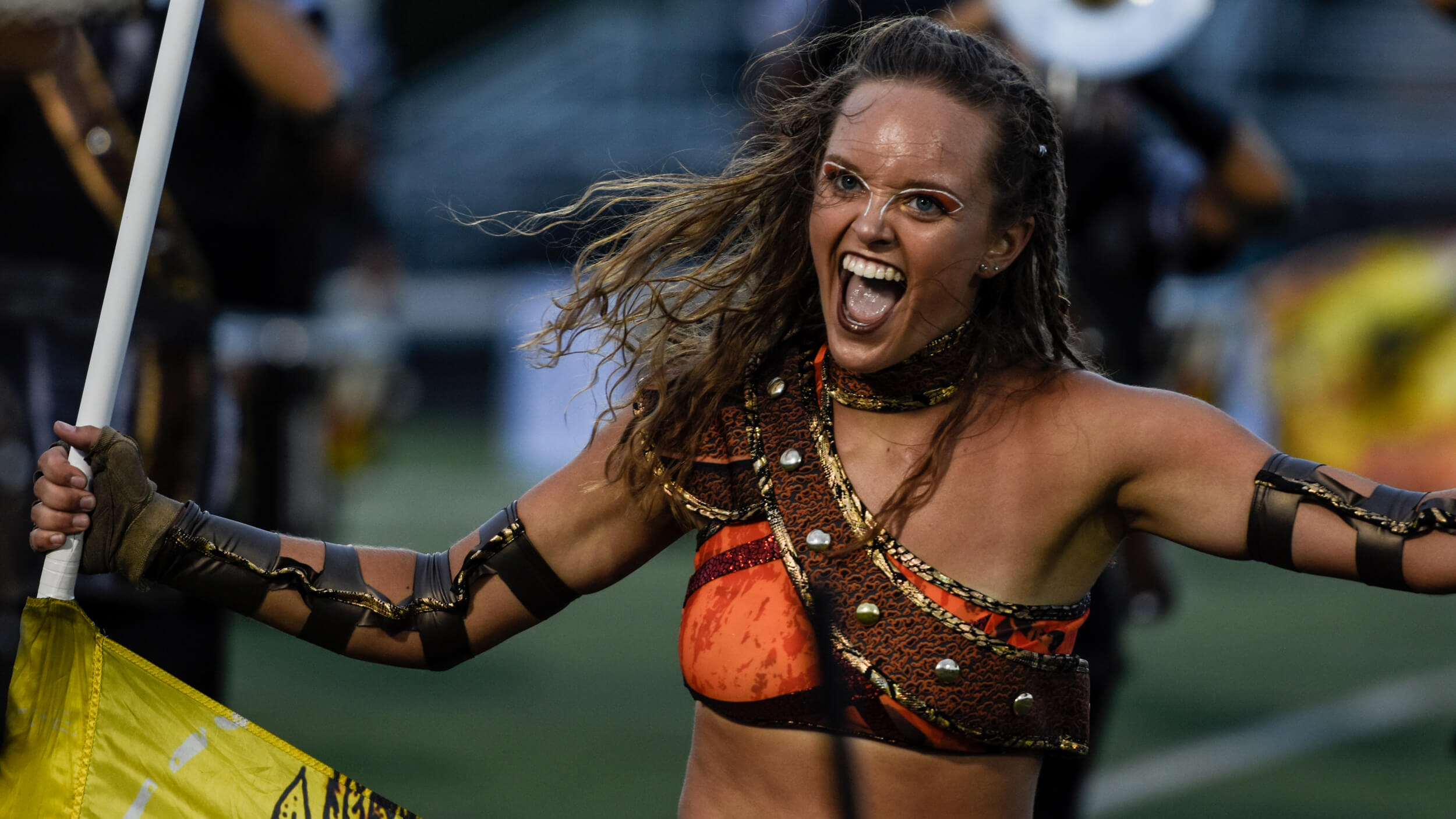 Within each storyline of a drum corps show is a subtle statement—a play on performance that allows audiences to generate personal connections and invigorating responses to every production.

The Crossmen execute that statement with their 2019 production, “Valkyrie.” The show offers a modern-day approach to the relationship between Valkyries and Vikings, bringing characters to life through dynamic energy, crowd-engagement and raw power from the football field.

Through this production, the Valkyrie character drives the show, bringing authoritative narratives to the audience, and carrying motifs of empowerment and ferocity.

Molly Favret, Crossmen color guard manager and designer, emphasized the excitement felt throughout the corps from the show’s inception.

“We take all of these ideas from the Norse mythology and put them together into this abstract Valkyrie story concept,” Favret said. “It’s perfect for the characters that we have. They love what they’re doing. They enjoy being powerful.”

And within the character development of the production, Favret has allowed the story to tell itself through the personal interpretation of each corps member.

“I tell the color guard that the Valkyrie character is not angry or growling,” she said. “You have a power. You have something that these Vikings don’t have control over. What does that feel like to you?” 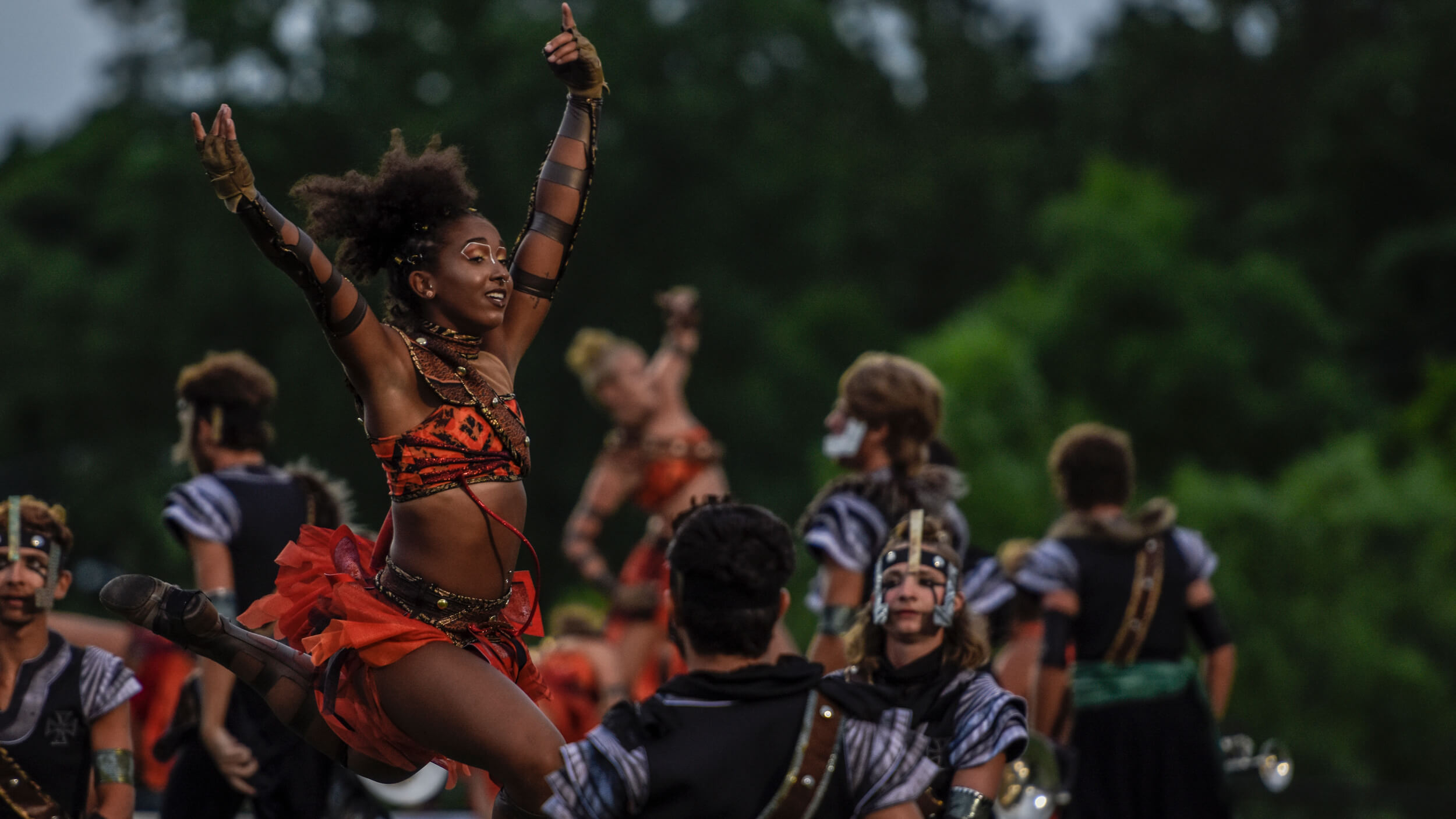 The perception of the character has both allowed performers to feel the power of the Valkyrie personally, and to present the concept in a way that easily captivates each audience.

“It makes me feel undeniable,” said Haley Grubbs, a five-year Crossmen color guard veteran. “Like nobody can touch me.”

Playing to the Valkyrie theme is the implementation of an all-female guard in 2019 — a first in 25 years for the organization. The guard members emulate the Valkyrie character, while the brass and percussion performers are featured as Vikings.

“We have such a strong female outcome at our auditions every single year, and so this year we went for it,” Favret said. “We said, ‘It fits the character. It fits the show. Let’s just do it.’”

And within the dynamic of the all-female guard, the performers carry an intensity and commitment to the character that takes the show to a new level.

“There’s something magical about the feeling of an all-female guard,” said Lydia Marshall, head drum major of the Crossmen. “When it clicks in DCI, it is one of the most empowering and inspiring things that you can see. It is absolutely incredible to share the field with those ladies and be in the show with them.” 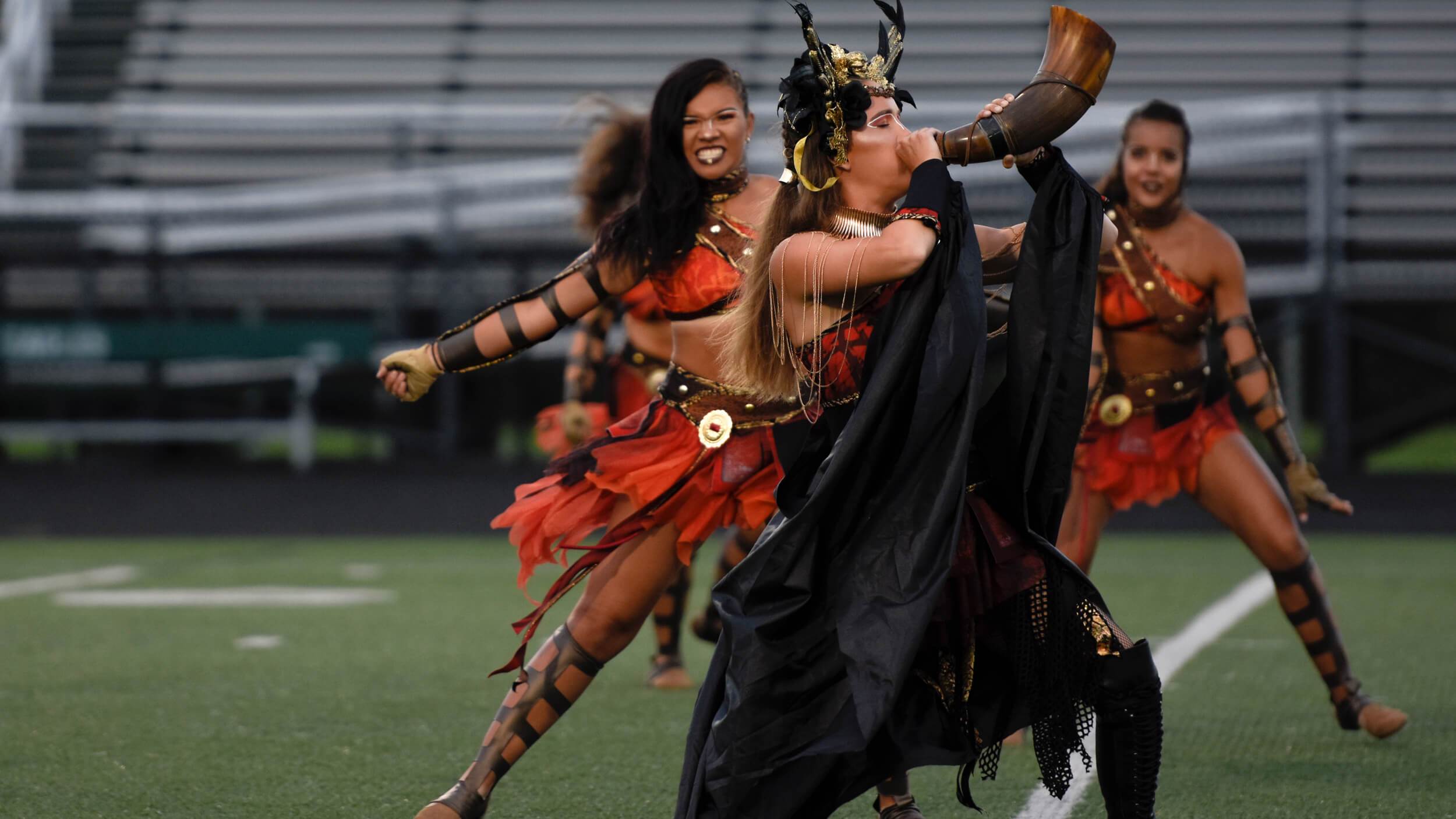 Marshall has also taken on a unique role within the show concept. She leads the corps onto the field as one of the Valkyrie characters, blowing a horn to signal their entrance. Her own execution adds intensity and personality, encouraging crowd engagement from the beginning of the show.

“It’s something that’s unique,” she said. “When I do it, I don’t necessarily feel feminine. I feel very strong, powerful, like I own the place.”

And her ability to characterize her role has not only developed her performance skills, but broadened Marshall’s leadership abilities.

“She embodies exactly what we needed the Valkyrie character to embody,” Favret said. “Lydia was ready to take on that role no matter what it took and I think that shows.”

Marshall’s own characterization also speaks to a growing movement of female empowerment and representation in the drum corps activity. And her journey with the Valkyrie has displayed a new brand of confidence and showmanship.

“Growing into the role has been something that I’ve had to develop as I go,” Marshall said. “At first, it was very uncomfortable for me. But just coming out and making eye contact with someone in the audience — Yes. This is my corps. This is our house. We’re gonna throw down here tonight, — It's a really cool experience.” 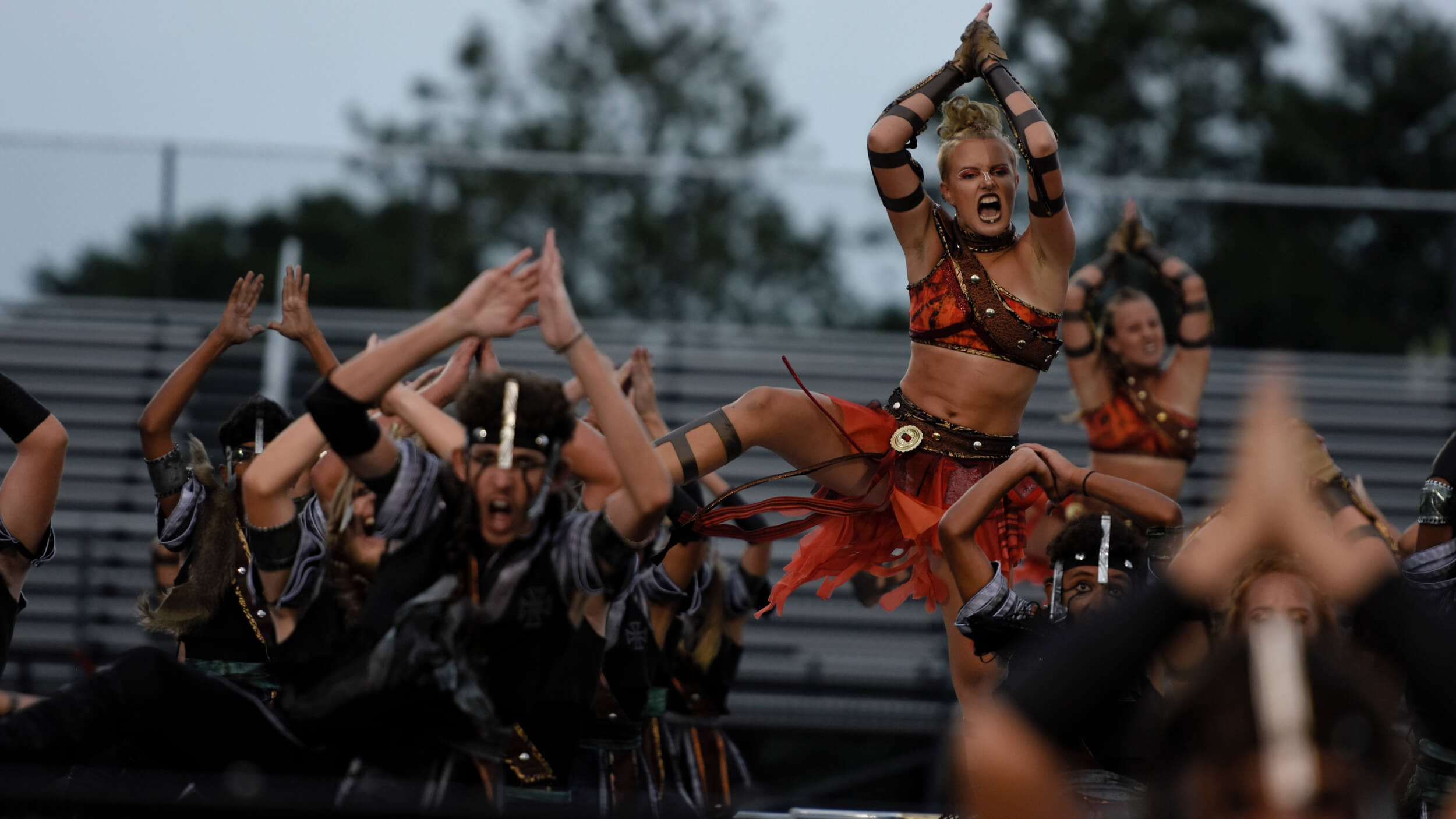 “Valkyrie” also presents an opportunity for the corps to add momentum to a strong theme of female empowerment.

“In this day and age, there’s a lot of attention to women in leadership roles or even just in an activity as physical and demanding as this,” Marshall said. “To call attention to the fact that we’re strong, we can do this, and this is something that is celebrated and not just existing in our activity — I think that’s something that is going to bring a good light to the activity.”

Participation, in this case, is simply showcasing women in these positions. The celebration of stories like “Valkyrie” is a clear representation of a positive direction, and the corps’ visibility is a platform for showmanship to continue the normalization of women in tenacious roles.

“I think showing not only that we can fill those rolls, but that we can go outside of those rolls, control the energy of the show, and bring a whole new aspect to it that a male just couldn’t bring is both empowering to us as performers and to the future of DCI,” Marshall said.

“If we can continue that energy, then the future of this activity is in good hands.”

Give back to drum corps on #GivingTuesday 2022
Read more