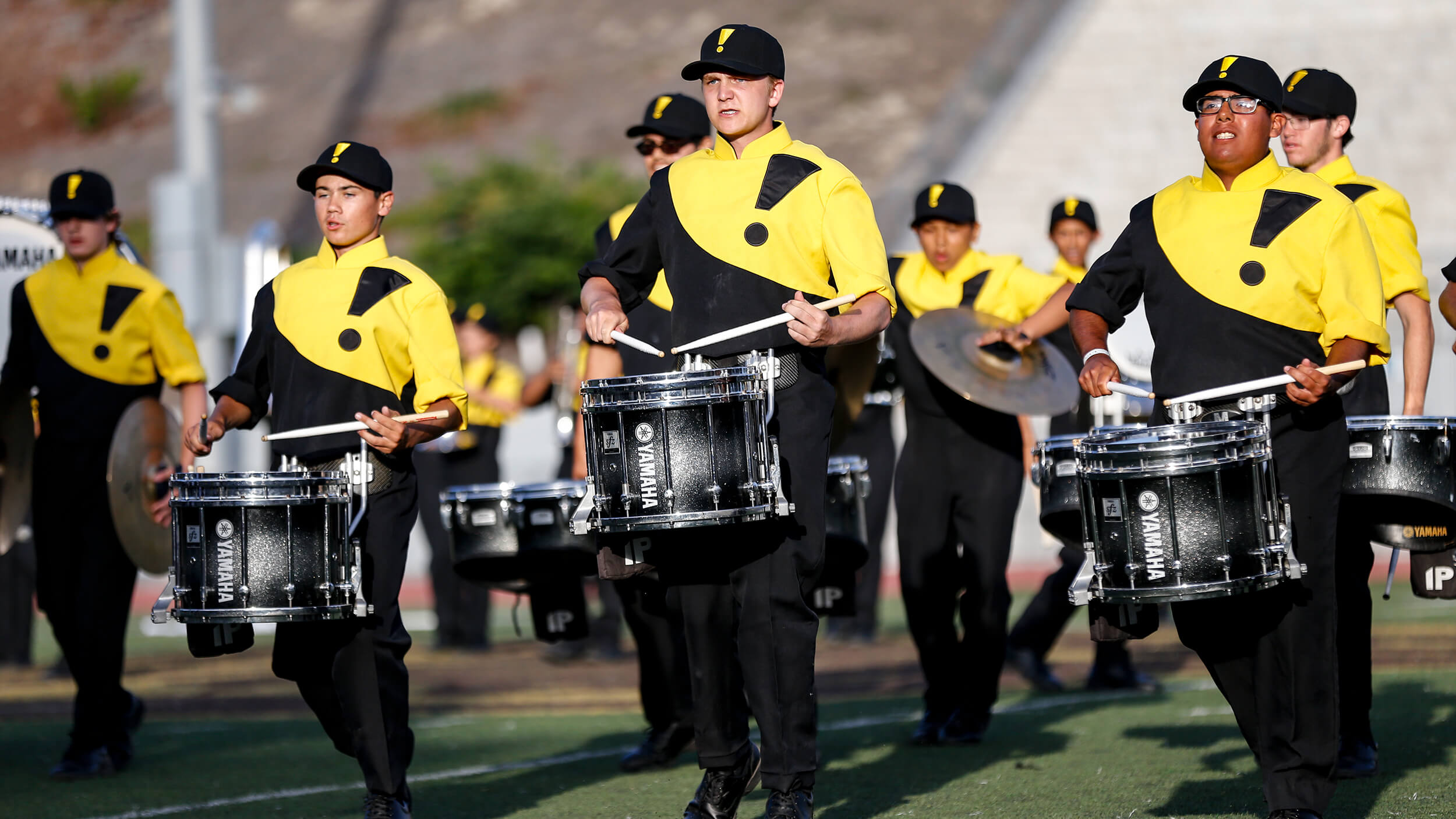 Embarking on the corps’ 20th summer season, Southern California’s Impulse will offer a twist on traditional superhero themes with its 2019 competitive production, “The Greatest Hero.”

The corps will utilize music by prolific film composer Michael Giacchino, including pieces from the soundtracks to “The Incredibles 2” and “Spider-Man: Homecoming." According to corps director Aaron Zeilinger, the show his staff is creating is a departure from a typical superhero plotline.

“The basic synopsis of the show is that we are introducing the world of superheroes in modern day,” Zeilinger said. “It’s not so much a retelling of ‘The Incredibles’ as it is an exploration of what it means if a real person had superhero powers. It’s not a good-versus-evil type show, there isn’t going to be a main bad guy for them to fight. It’s more of the characters reacting to events that happen whether it be an earthquake or train crash or something like that. A big disaster happens, and then they leap into action.”

The Buena Park-based corps is no stranger to capitalizing on the popularity of superheroes. 2005’s “The Impulseables” took its cues from the Disney-Pixar animated film “The Incredibles” on the corps’ way to a sixth-place finish at the DCI Division II & III World Championships. When Disney released “The Incredibles 2” in 2018, Zeilinger saw the perfect opportunity to return to the franchise. “Michael Giacchino writes fantastic musical themes, little ideas that we want the audience to walk away with still humming,” he said. “We’ve carefully chosen this music to be an earworm that just gets stuck in your head.”

In a departure from Impulse’s classic uniform that’s been worn since the late 1990s, a short-sleeved black and yellow top with a large exclamation point on the front, the corps has designed a sleek new look that could just as easily find a home within the pages of a comic book or graphic novel as it will on the competitive drum corps stage.

“In general we’re making all of the uniforms very super hero-ish because we’re going to be using every single member at some point in this narrative,” Zeilinger said. “They’re supposed to be striking, and modern, and really strongly evoking the superhero theme that we’re putting forward.”

Zeilinger says that the other visual elements the corps will bring into the production are designed first to complement the corps’ brass and percussion arrangements. Secondly, props, marching drill formations, and creative staging of performers throughout the show will focus on telling the story of “The Greatest Hero” in an easy-to-understand and straightforward manner.

“What we’re trying to do is make sure that the visual element doesn’t come across as campy,” Zeilinger said. “The primary thing is telling a story. When someone watches the show, they should be able to watch it without a program note, without reading our corps description page, without learning everything [ahead of time]. They can just turn on the movie and step into the show, watch it beginning to end and get everything that happens.”

Impulse members will primarily spend their summer tour within the corps’ home state of California, venturing out to Utah and Colorado for DCI Tour events toward the end of July. In the meantime, the corps is getting ready to kick off its first rehearsals after the busy indoor percussion and color guard seasons in May.

With this milestone anniversary season ahead of them, anticipation among corps staff members and performers is high.

“It’s been really exciting to tell [the performers] how they’re stepping into a corps that’s sort of not reinventing itself, but reinvigorating itself,” Zeilinger said. “That energy has been quite electric.”