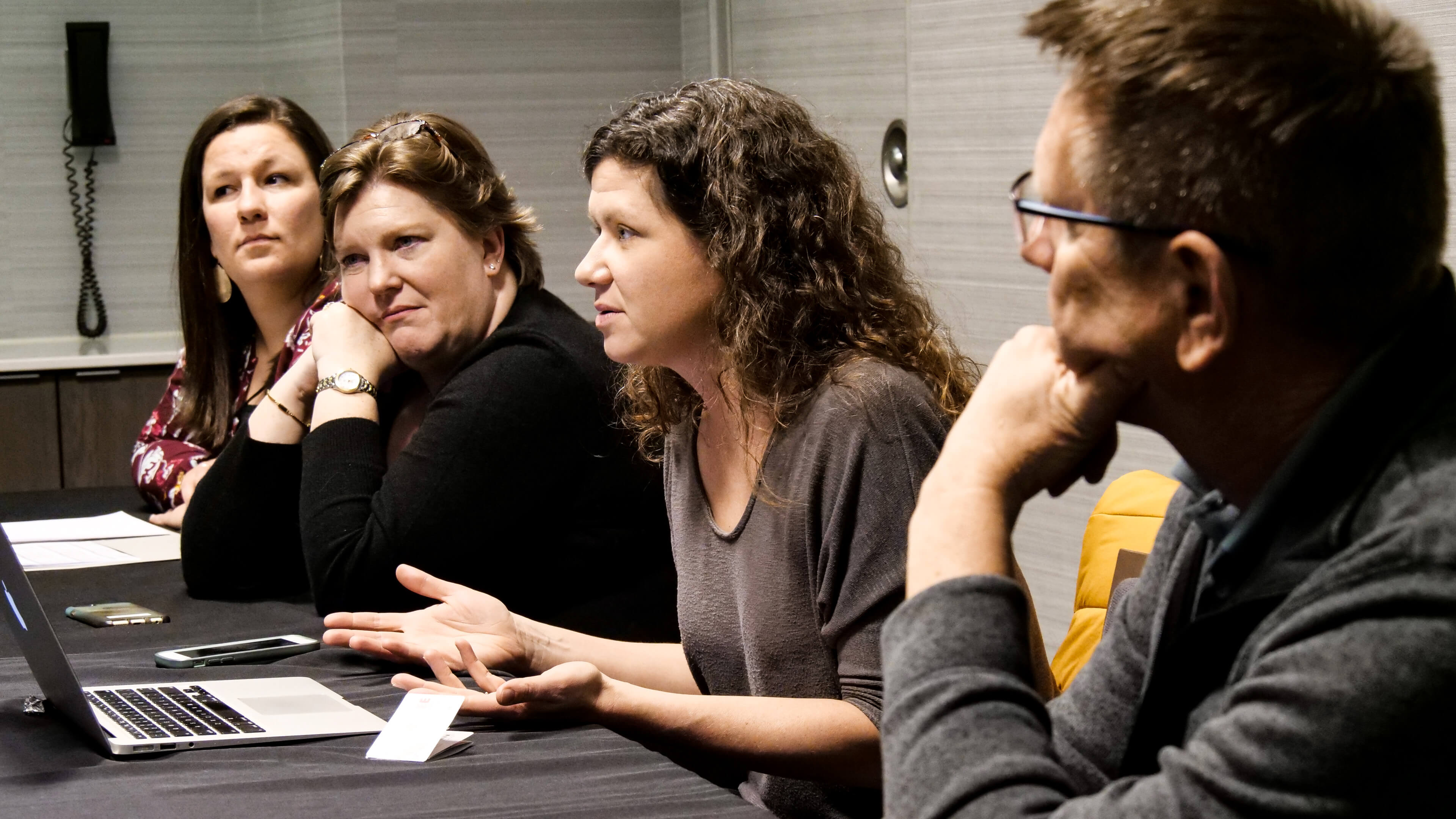 INDIANAPOLIS, Ind. — As part of the DCI Annual Meetings and Health, Wellness & Safety Summit, the IN STEP: Women of DCI committee met Wednesday to discuss its first year of initiatives and plan for 2019 activities.

Established exactly one year ago, IN STEP began with Kathy Black as chair.  When she moved into the role of chair of the DCI board of directors, Bluecoats CFO and COO Genevieve Geisler assumed lead responsibility for the committee and serves as current chair.

The committee began its meeting by renewing its commitment to serve as the catalyst for creating more opportunities for women at all levels of performing arts and music education.  Members next discussed successes in 2018, including establishing the initiative through branding and digital communications, networking events, and fundraising efforts.

Moving on to plans for 2019, members discussed various ways to involve as many people as possible.  Included in the year’s agenda is establishing a scholarship program, finding ways to maximize mentoring activities, and expanding networking events. The group also intends to enhance online resources on DCI.org as well as through social media outreach.

Geisler said, “It started off as just a little idea, and now we are an official DCI committee hosting events and making great plans for next year.”

Learn more about IN STEP: Women of DCI.