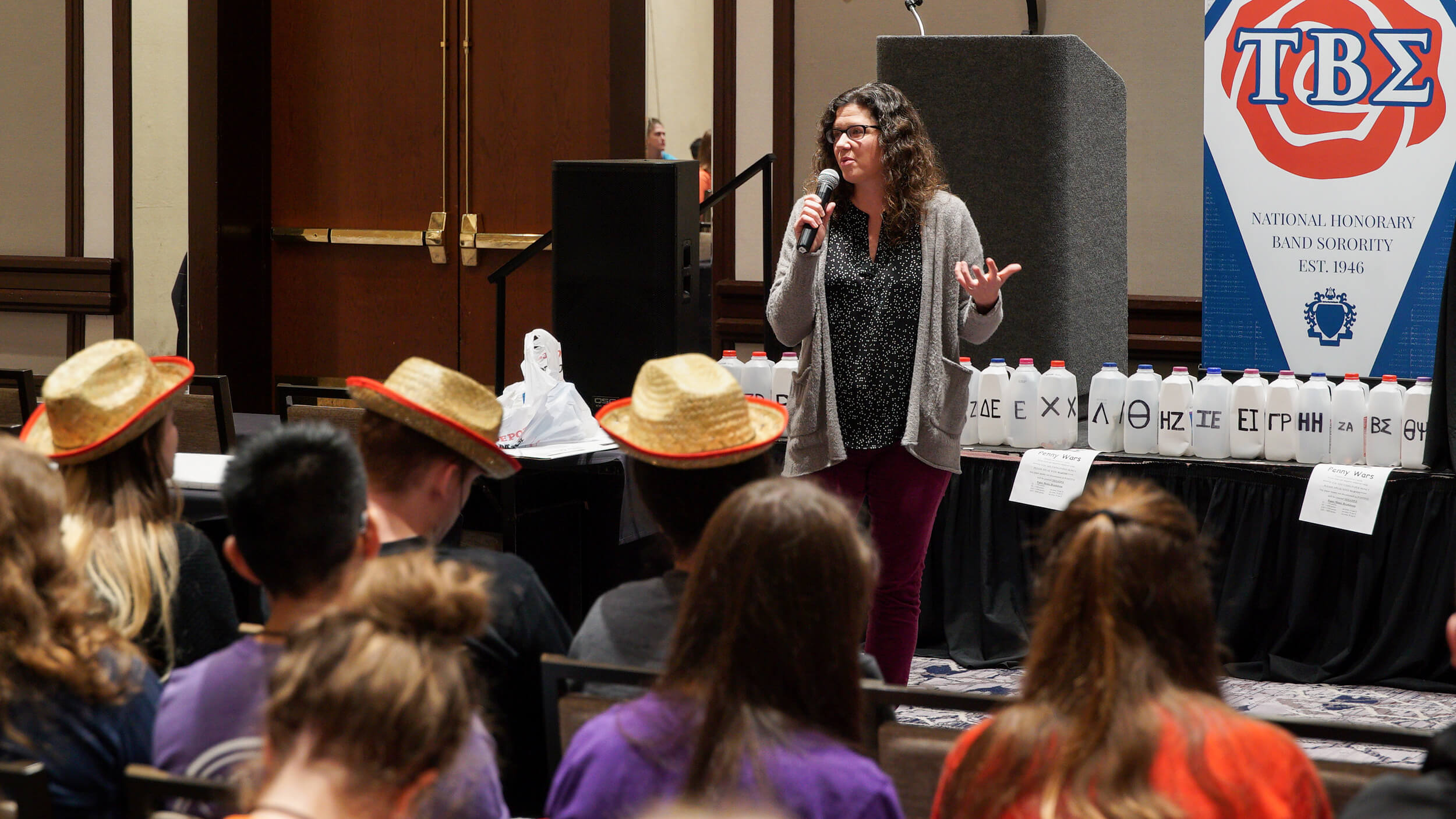 Genevieve Geisler, CFO/COO of the Bluecoats and chair of Drum Corps international’s IN STEP: Women of DCI committee recently participated in a speaking engagement with members of the Tau Beta Sigma sorority.

Tau Beta Sigma is a national organization for collegiate band students with goals to support women in the music profession and provide service opportunities to college band programs.

Geisler received the invitation from Erika Pope, Tau Beta Sigma’s national vice president for special projects as part of the national organization’s Women in Music Speaker Series. “Your work with the Bluecoats Drum & Bugle Corps and as chair of Drum Corps International's In STEP: Women of DCI initiative are points of fascination and inspiration that our students should hear,” Pope wrote in the invitation.

“Part of our [IN STEP: Women of DCI] mission is to reach out and talk about opportunities within DCI and expanding those to more women,” Geisler said. “We’re working to increase the number of female participants in DCI and the number of females in leadership positions and what better way to do that and get our message out than through college students.”

Geisler had the opportunity to speak about the ongoing efforts of the IN STEP committee in addition to her work with the Bluecoats and successes as a woman in the music business field. Concluding the talk, she received an honorary Tau Beta Sigma membership.

Learn more about IN Step: Women of DCI