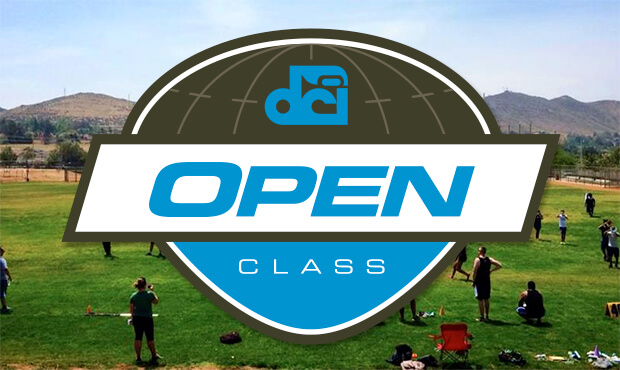 Audiences across the country will see a number of new faces on football fields across the country this summer, as seven new drum corps have been approved to participate as part of Drum Corps International's Open Class division. The new groups come from a variety of locations and backgrounds, including recent start-ups, re-emerging units, and even some that got their start as part of DCI's new SoundSport performance program. "The number of new or re-emerging corps fluctuates from year to year, but there is an upward trend in the past year or so that we are tracking," DCI Open Class Coordinator David Eddleman said. Three of the new corps are California based, including Golden Empire (Bakersfield, CA) and the Watchmen (Riverside, CA). Incognito from Brea, California, returns to the DCI Tour after a five-year hiatus. Fellow Pacific region group Eruption from Bonney Lake, Washington, will also be in on the action, while the Guardians (Seguin, TX), Louisiana Stars (Lafayette, LA) and Coastal Surge (Myrtle Beach, SC)—a group that made several exhibition performances in 2013—will represent other regions of the United States. Before corps are allowed to participate as part of the Drum Corps International Tour, an extensive evaluation of the organization's business plan and strategy for future growth and self-sufficiency is conducted to assist corps in creating a strong foundation. Eddleman says that this influx of Open Class corps this year is in part due to the cooperation of new organizations to create and follow a slow and calculated growth plan. "New drum corps are being asked to perform and travel only as much as they are capable of doing in their first few years of existence," Eddleman said. "This way they can grow and strengthen their support staffs, figure out travel logistics, and refine their daily planning in an environment that levels off what can be a steep learning curve for these elite performing ensembles." The majority of 2014's new Open Class corps will travel within their home states and appear in only a few of the more than 100 events on the 2014 DCI Tour schedule. That's compared to World Class corps who travel more than 10,000 miles in a single summer and compete in an average of 27 shows. Eddleman also says that as these new groups have been prepped to join the Open Class division, they've been introduced to a "buddy system" where new corps directors are paired with a seasoned director to call on with questions and for advice on a range of topics. In some instances those buddy groups will travel in tandem this summer from show to show, stay at the same housing sites and even prepare meals together. And with summer nearing, corps are already busy preparing for their respective tours and debut performances. "It takes a small army of dedicated instructors, parents, support staff, volunteers and of course the talented members to put a good show on the field," says new corps director Ryan McLain of Eruption. "It is truly amazing what a group of like-minded people can do when they focus all of their energy on one common goal."

Between equipment, travel and other logistics and administrative needs, the financial means needed to start and support a drum corps can quickly escalate to hundreds of thousands of dollars. A year ago Drum Corps International debuted its SoundSport performance division, an initiative to give musical groups of all ages and all instrumentation the opportunity to perform on the drum corps stage. Set up as a low cost and logical starting point for aspiring drum corps to get their start if they so choose, groups like the Watchmen and Guardians have already used SoundSport as an inspiration and stepping stone to the Open Class. In 2013 the Guardians organized a SoundSport team to perform at several events in the corps' hometown region including baseball games, community events and a season-ending performance as part of the DCI Southwestern Championship at the San Antonio Alamodome. Related content: Guardians aim to use SoundSport as a springboard to Open Class competition "Without SoundSport, Guardians wouldn't be in the position we are today, Guardians Director Johnathan Doerr said. "The SoundSport progression felt natural to the growth of Guardians. Based on our experiences last year, slow and steady growth yields large results." More than 110 members strong, this summer the Guardians will perform at DCI events in Round Rock and San Antonio, and also make several other stops in Texas and Oklahoma to meet with students and present educational clinics. "I can't wait for Drum Corps International audiences to witness the growth we've seen from last season to this season," Doerr said.

Only time will tell if even more new drum corps will pop up across the country, but Eddleman is confident that the new trend in emerging Open Class groups will continue with a little bit of patience and a can-do attitude. "There are people across the country right now who are putting the pieces in place to start a drum corps," Eddleman says. "Some of these groups are building drum corps through affiliations with high schools, colleges, or other community organizations that support the performing arts, while others are laying the groundwork through participation in SoundSport." 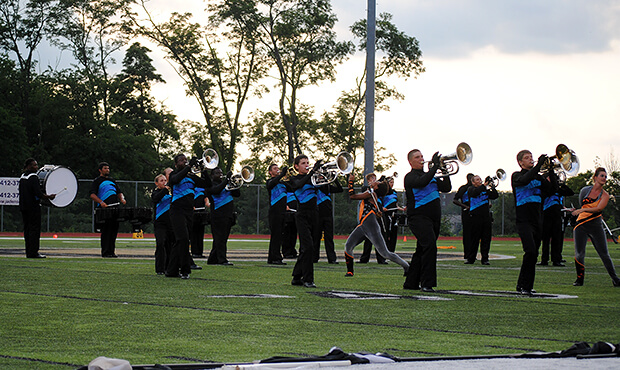 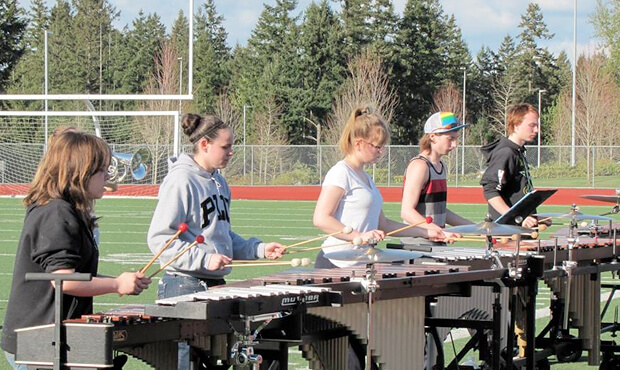 About: Eruption marches onto the Drum Corps International Tour hailing from Washington State. With a mission to provide quality instruction and a positive environment for young musicians and performers to showcase their skills, the corps will spend its first summer focused on performances in the Pacific Northwest. 2014 Tour Stops: July 3 – McMinnville, OR July 5 – Renton, WA July 6 – Tri Cities, WA Connect: FacebookGolden Empire Bakersfield, CA | GEPerformingArts.org 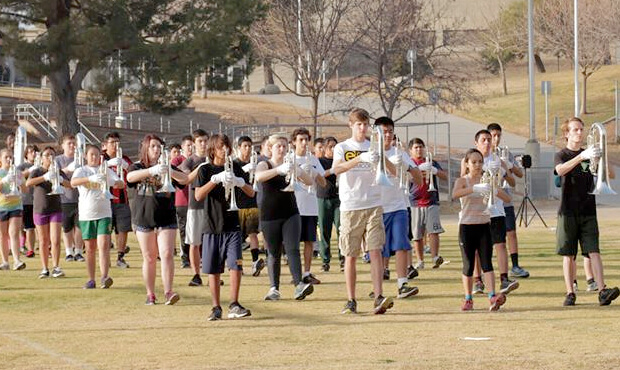 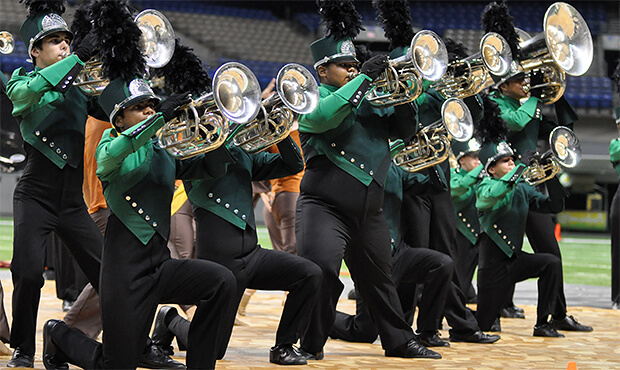 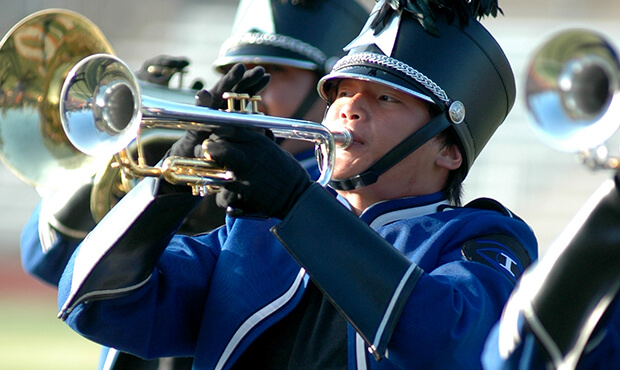 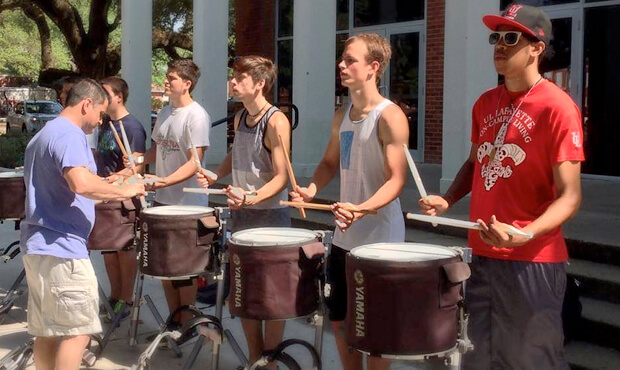 About: The Louisiana Stars join the 2014 DCI Tour from the heart of Cajun Country. As one of the first corps to emerge from this region in many years, the organization is proud to represent the state of Louisiana while giving youth the opportunity to develop musical and social skills as part of its performing arts program. 2014 Tour Stops: Muscatine, IA Lebanon, IL Lafayette, LA Connect: FacebookWatchmen Riverside, CA | WatchmenArts.org 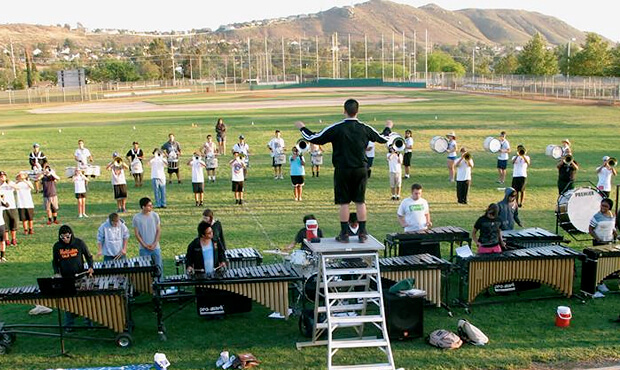