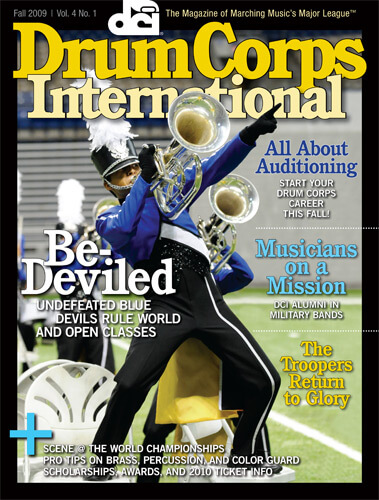 Get in the Picture

Whether your talent lies in brass, percussion, one of the many instruments in the front ensemble, or color guard, there's a place for you in drum corps. It all starts with an audition.

Some of the nation's finest musicians—including a significant number of former drum corps members—fill the ranks of military music ensembles, which range from traditional drum & bugle corps to concert, classical, jazz, country, and rock bands.

Scene at the Championships

Faces from around the 2010 World Championships in Michigan City and Indianapolis, Ind.

Fred Morris helped the Troopers blaze a trail back to the Finals after more than two decades in the wilderness.