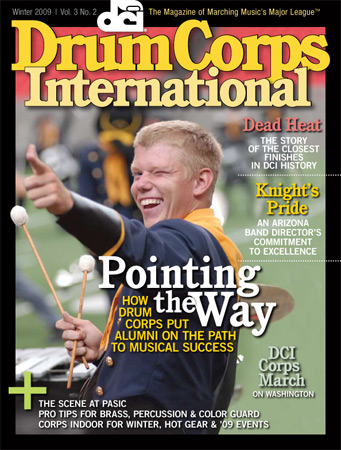 Marching in drum corps has helped alumni land in ensembles from Blue Man Group, to Disney World, to New York's Metropolitan Opera. Four former members share how their experience on the field led to work on some big stages.

Too Close to Call

Three times in DCI history, the World Championship Finals have ended in a dead heat. We asked judges, members, directors, staff and media what made those nights special, and tell you why it will never happen again.

2009 Premier Event schedule, ticket information, lessons in brass, percussion, and color guard, and the latest gear and accessories for marching musicians, and more.