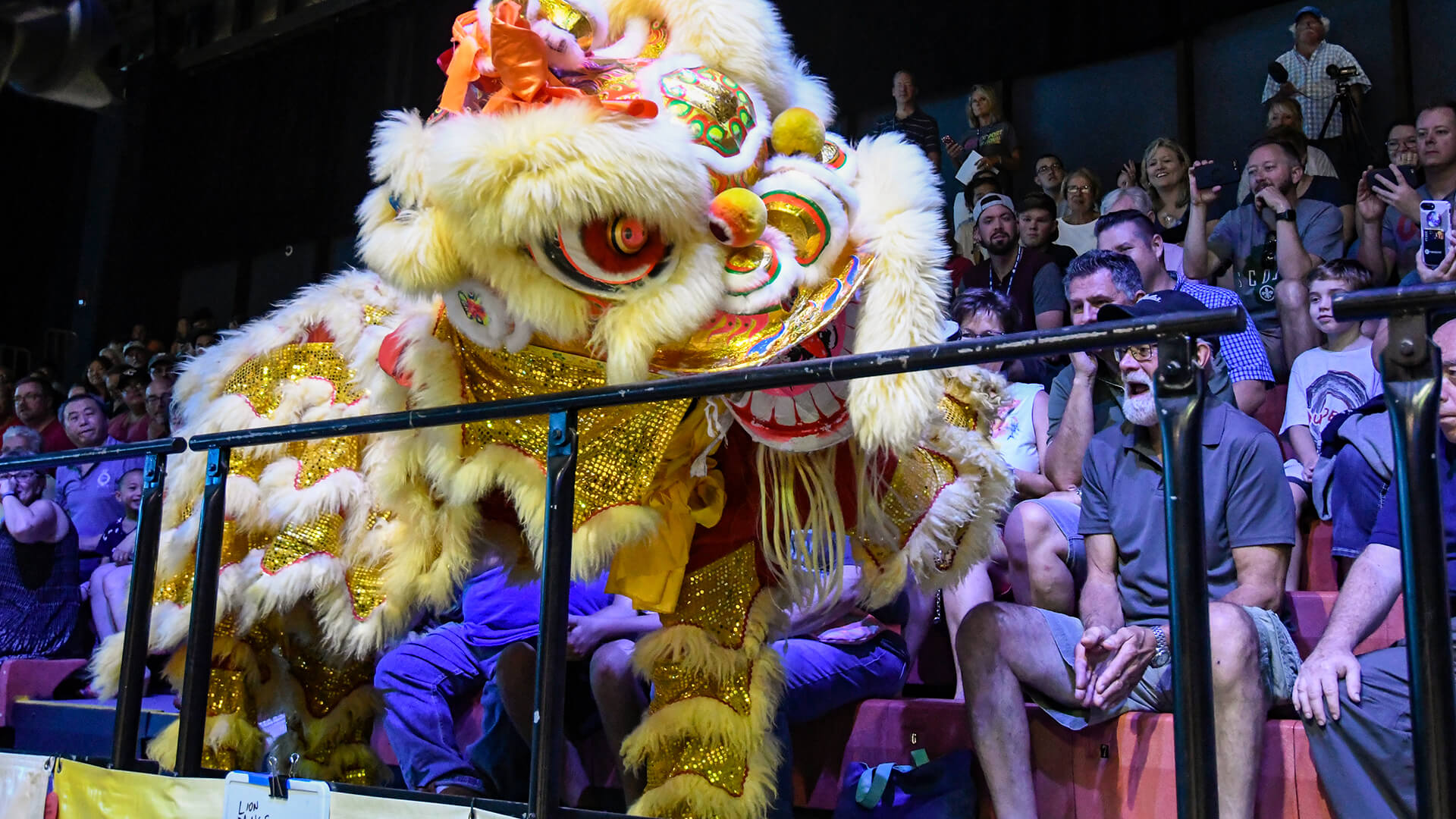 INDIANAPOLIS, Ind. — The mission of SoundSport is simple. The unique performance program, debuted in 2012, is predicated on getting anyone and everyone involved in music.

During the afternoon of Saturday, August 11, the annual SoundSport International Music & Food Festival presented by Motif Music put those tenants, and many more, on display, throughout Pan Am Plaza.

With an unprecedented variety of performing ensembles, the five-hour event added extra entertainment value to the final day of the 2018 DCI World Championships.

“It’s a beautiful day, our third year here at Pan Am Plaza and the Pavilion at Pan Am, with more than 30 ensembles from three different countries being represented today,” DCI Event Operations Manager Eric Hjellming said. “We’ve got performers of all different abilities, ages, and instrumentations, coming together to celebrate music-making across cultures.”

Putting the “International” in the SoundSport International Music and Food Festival, several different performing groups came from outside the United States.

A handful of local groups with Chinese flair also made their mark at Saturday’s event.

“This year we have three local Chinese ensembles, and we’re also presented by Motif Music, our Chinese music education partner. It’s great to be able to bring people together for this cross-cultural exchange,” Hjellming said.

One of those international ensembles, Canada’s Calgary Stampede Showband, took home the overall honor of “Best of Show,” which it also earned when it last came to Indianapolis in 2015. 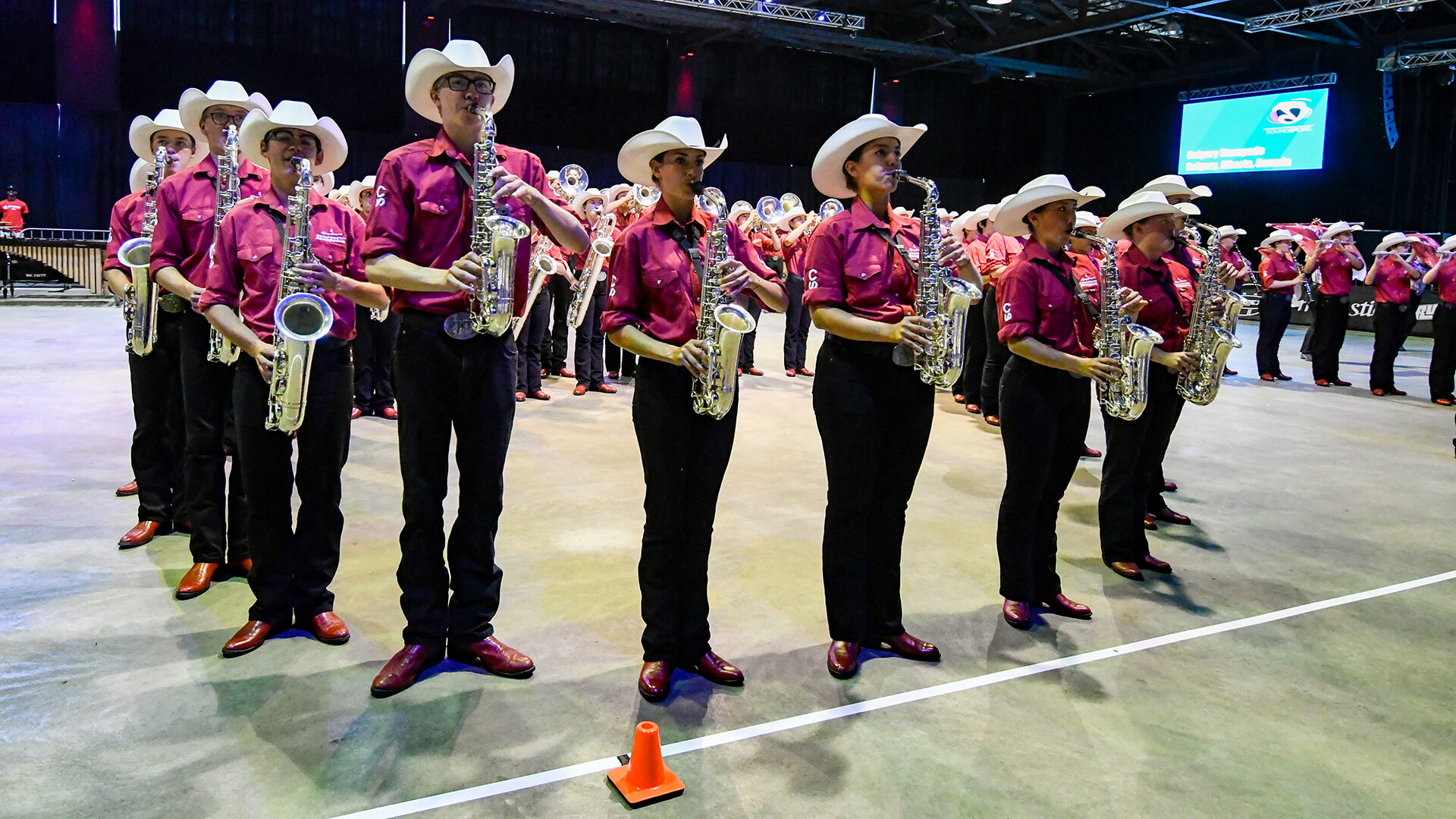 “We’ve been doing a lot of amazing shows throughout the year, this is probably one of our coolest ones we’ve ever done,” Calgary Stampede drum major Connor Reid said. “We do a lot of stuff back home in Canada that’s very similar to this but we try to change the styles that we have to fit the venue.”

According to Reid, Pan Am Plaza — an intimate indoor setting — is a unique venue for the Calgary Stampede, which often performs outdoors or in large indoor venues like Calgary’s Scotiabank Saddledome.

“The venue that we have here is just amazing,” Reid added. “Since it’s a smaller size, we’re able to have a huge, bigger impact on the audience. We have that impact throughout all of our performances, but especially with this kind of venue, it makes the audience go a little more nuts and it makes it a lot more fun for us.” 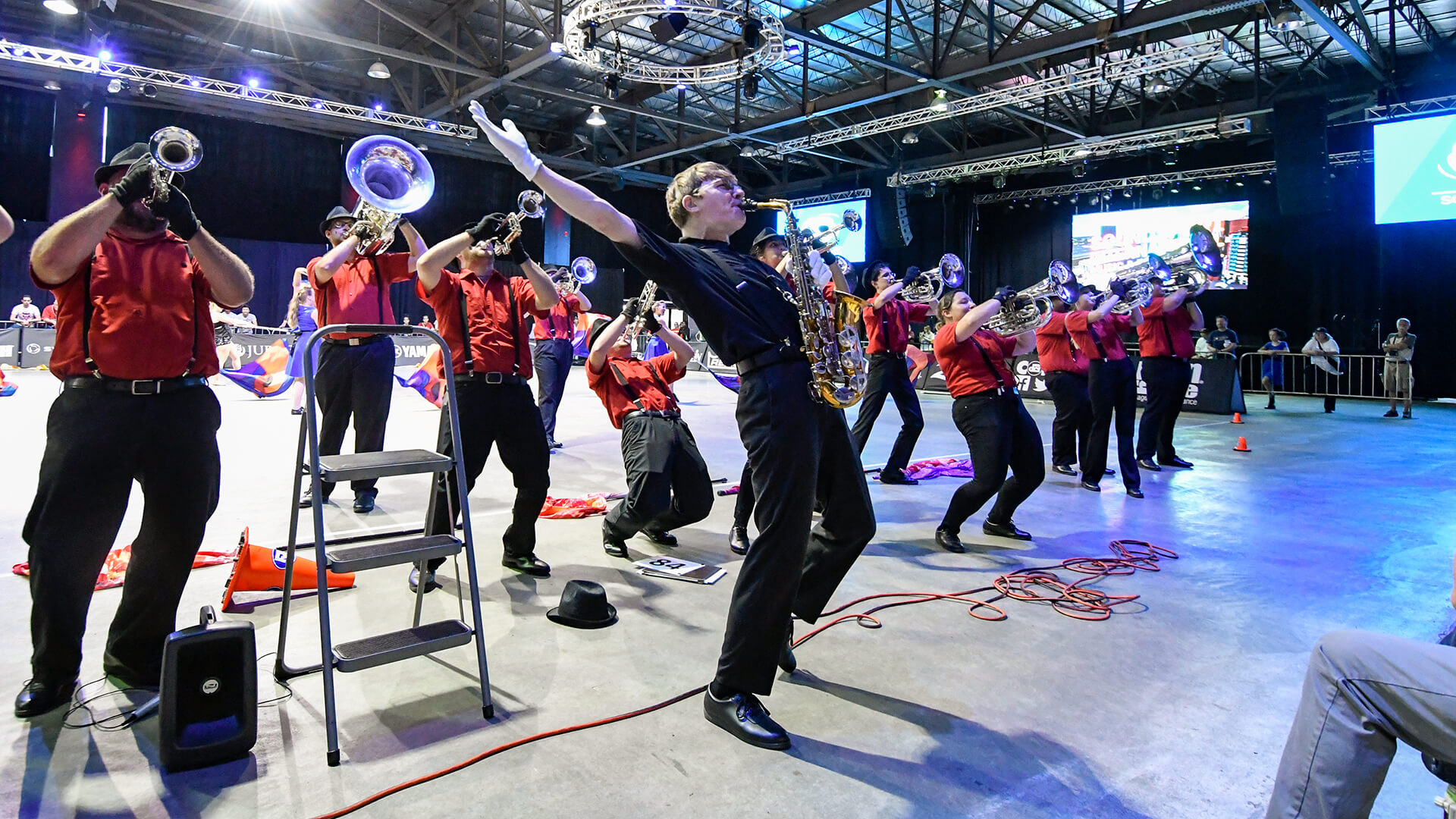 The SoundSport International Music and Food Festival also provides an opportunity for drum corps alumni to reconnect and get back to their performing roots.

Rhythm in BLUE, in its third year performing at the festival, once again pulled together Bluecoats alums to present a handful of the Canton corps’ iconic pieces of music.

“It’s a chance for us to get out here,” Rhythm in BLUE director Jay Wise said. “Some of us haven’t gotten over our love of wanting to still perform, so we’re out here trying to just light it up one more time and play one more time for everybody.” 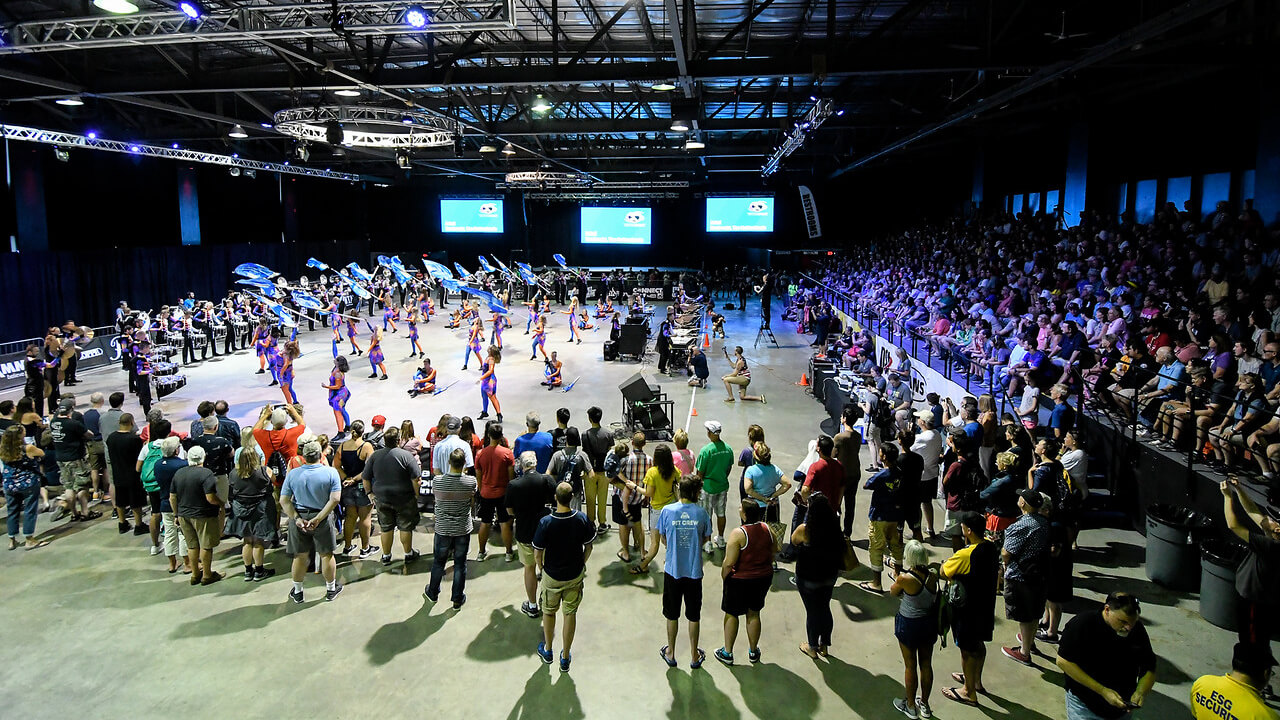