This picture is from Kenny, a 2006 member of the Jersey Surf. 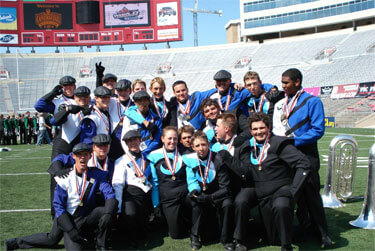 Hi, my name is Kenny. This past season was my second with the Jersey Surf. I had a great season and got to meet a lot of new people including people that weren't even in my corps. This photo was taken this August after the DCI World Championship Finals before we all left the stadium. It's the Jersey Surf, Blue Devils B and the Memphis Sound tuba lines. I like refer to it as "The Jersey Devil Sound Tuba Line." There's never enough tuba! It was great meeting all of you!