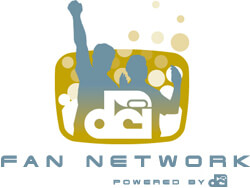 Drum Corps International is incredibly pleased to announce one of the most ambitious Web-based undertakings since DCI's founding some 36 years ago. DCI World Class corps have come together to take the wraps off of the totally redesigned and wildly expanded "Fan Network" which now gives fans of drum corps across the world the chance to enjoy a spectacular, dizzying array of media options unlike anything ever offered before. Featuring unlimited and exclusive access to ALL of the action from ALL of the World Class corps on the 2008 DCI Summer Tour, incredible new features will help you catch every note of the excitement. But that's just the beginning! Visit and subscribe to the new Fan Network now. Giving You Ultimate Access to Your Favorite Corps…24 Hours a Day… The new DCI Fan Network represents an unprecedented cooperative effort between all World Class DCI corps, who have combined all of their digital assets into one tremendous network interface. Not only can fans access the new Fan Network directly from DCI.org, they can enter and "live" on the site directly from within the Web site of their favorite DCI World Class corps. Fans can now have access to the world's greatest collection of drum corps media, with exclusive content you won't find anywhere else.

More of Everything You Want, When You Want It… Organized into several different content sections, the new Fan Network is set up for easy viewing and direct access to available digital assets from DCI and all participating corps. Spotlight On the Field Off the Field Podcasts

Now Available for Only $69/year! With a new low subscription price of $69, the new Fan Network gives you complete access to this impressive display of media content for 365 days a year. Can't get enough drum corps action? Well, NOW is the time to join the all-new DCI Fan Network. Subscribe NOW through the Web site of your favorite corps or through DCI.org.