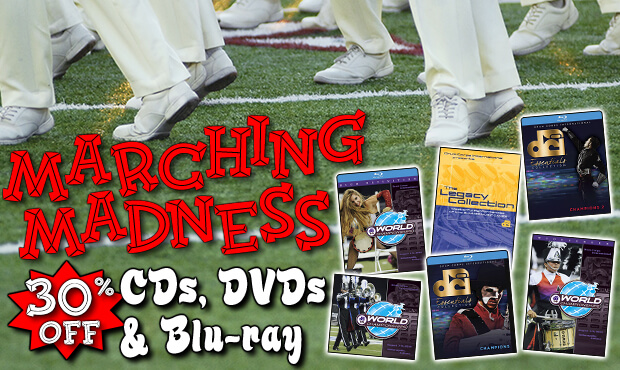 Marching Madness has arrived at DCIstore.org!

Drum corps season is ramping up, and to get you ready for the coming summer, you can take advantage of a 30 percent discount on Drum Corps International's entire collection of in-stock audio and video titles.

Hurry, this sale will be valid only until Monday, March 30!