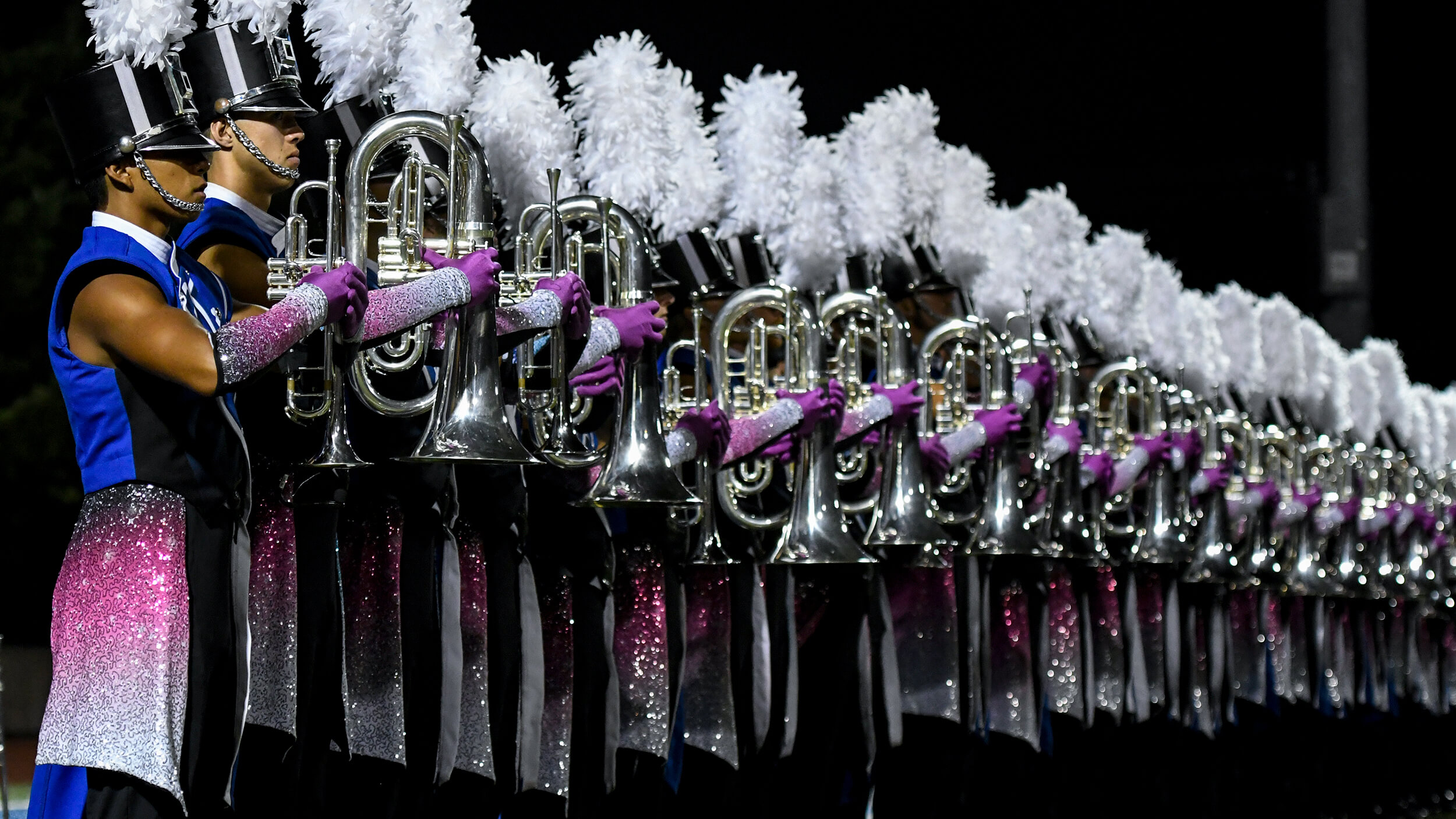 Through the decade starting in 2010, only four corps have walked away with the John Brazale Best Visual Performance Award, which is based on the average of all three nights of the visual proficiency score (known the first two years of the decade as the visual performance caption) at the DCI World Championships. 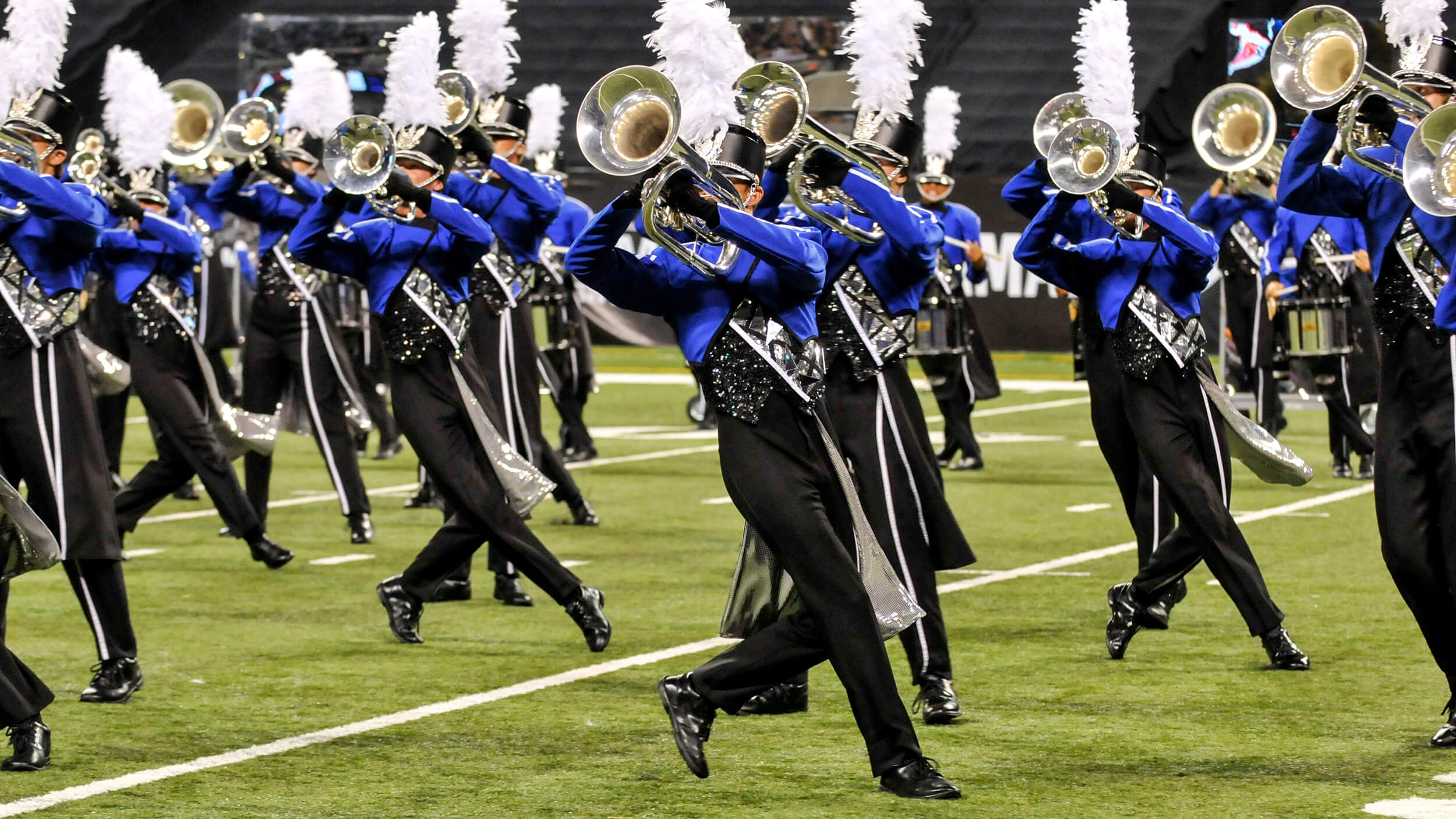 Blue Devils’ color guard earned a perfect score in all three World Championship events, and scored 19.900 in both the visual ensemble and visual performance captions, meaning the average score for all Finals-night visual captions was a mere five hundredths of a point from perfection. 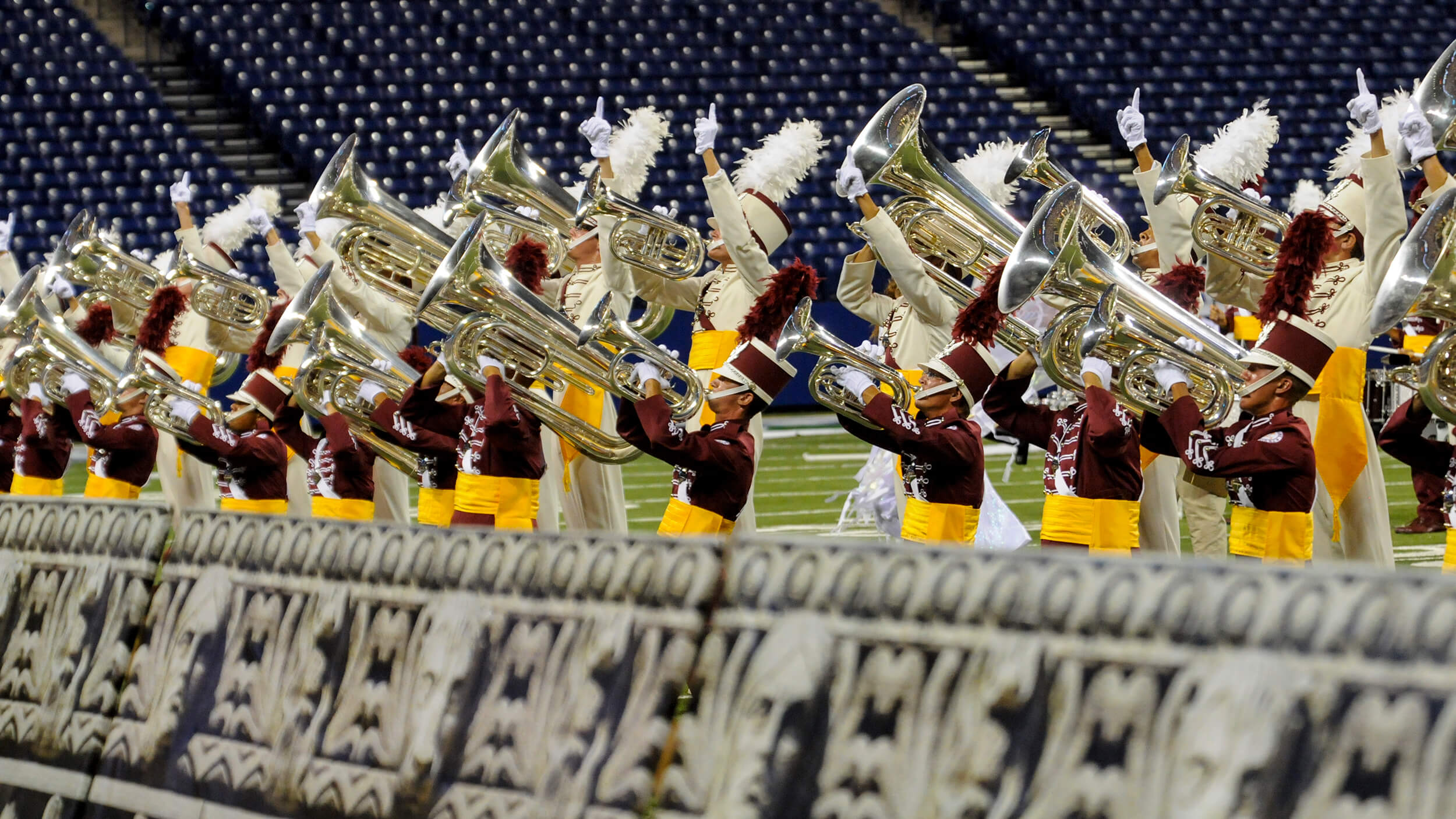 The Cadets delivered a visual jigsaw puzzle of angels and pitchfork drill formations and other maneuvers that intermingled the forces of good and evil before driving them apart like repelling poles of magnets. The east coast corps bested the Blue Devils — who captured the color guard and visual ensemble captions in Finals — for the Brazale award.

Watch The Cadets' "Angels and Demons" 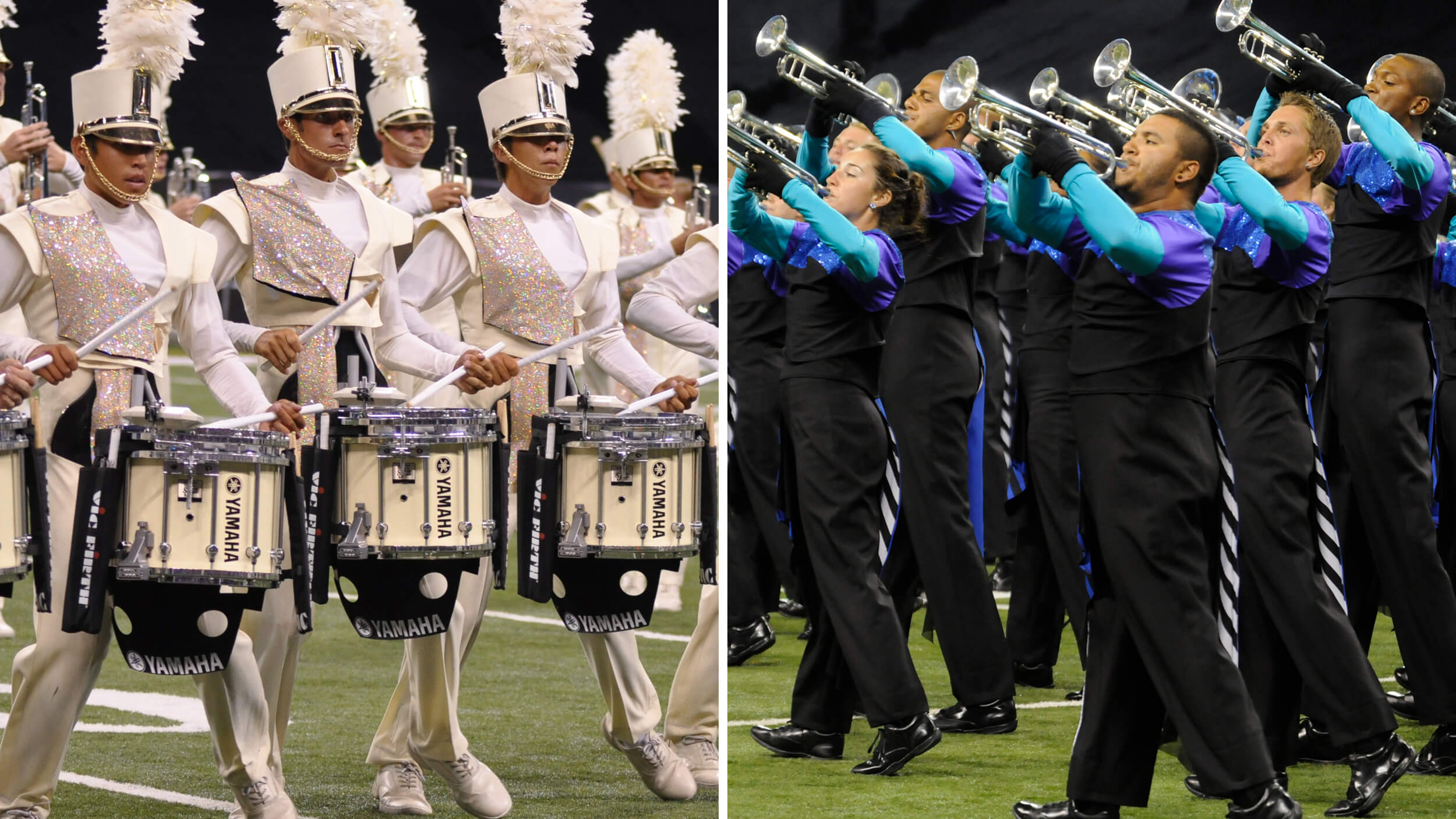 Blue Devils and Carolina Crown tied for the Brazale Award in 2012 on the basis of Crown picking up six tenths of a point in the caption between Prelims and Finals; a rare feat. The Devils earned perfect scores in Finals for both visual analysis and color guard, taking the overall visual caption in Finals by half a point, despite Crown’s two tenths of a point advantage in visual proficiency. 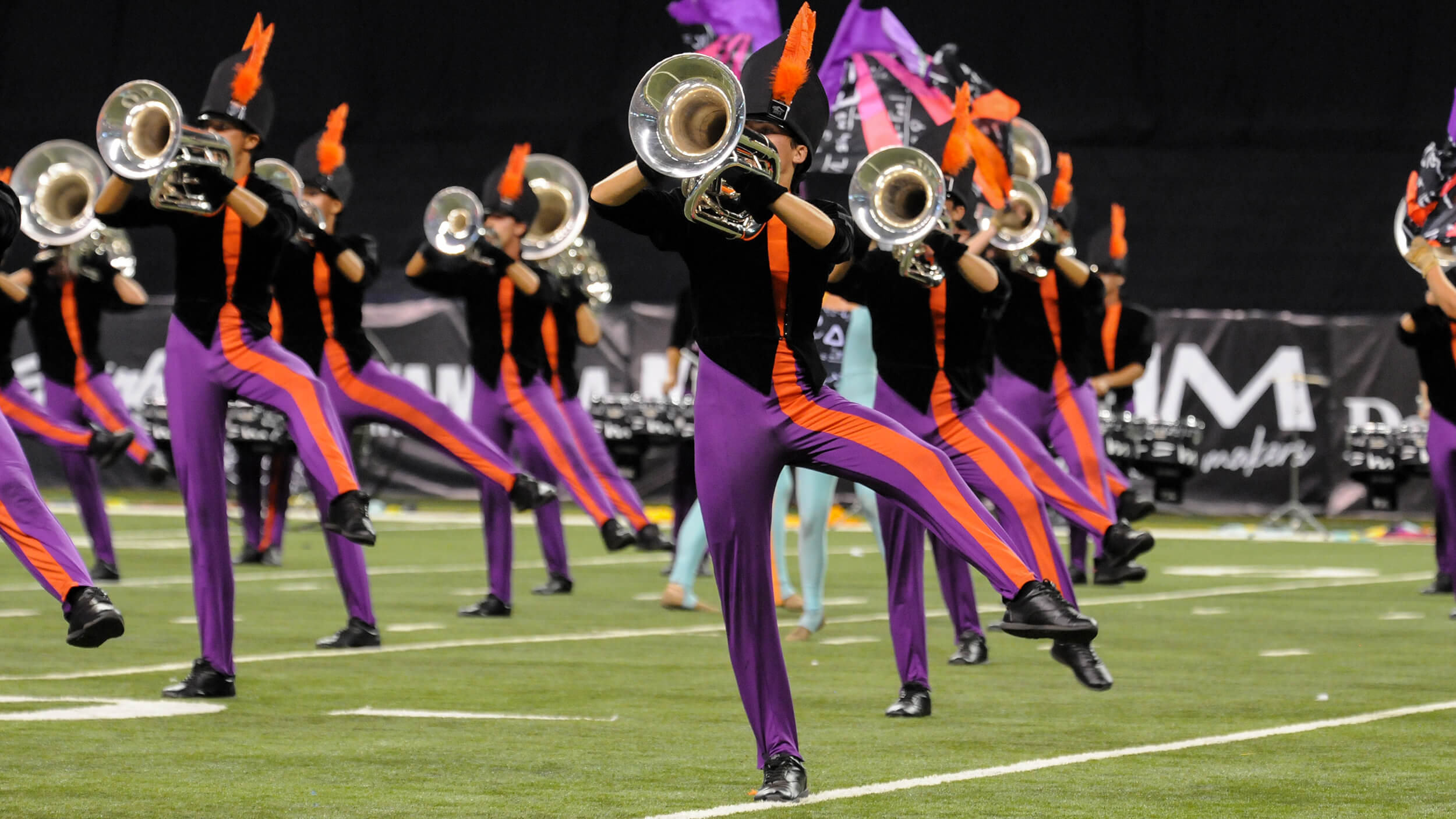 Carolina Crown took second in visual proficiency to Blue Devils in Finals by two tenths of a point after leading the Concord, California corps in Semifinals by the same margin, when the Devils placed third in the caption. Among Crown’s visual highlights were various scientific references and a 3D rotating prism that has been one of the most shared drill maneuvers on social media ever. 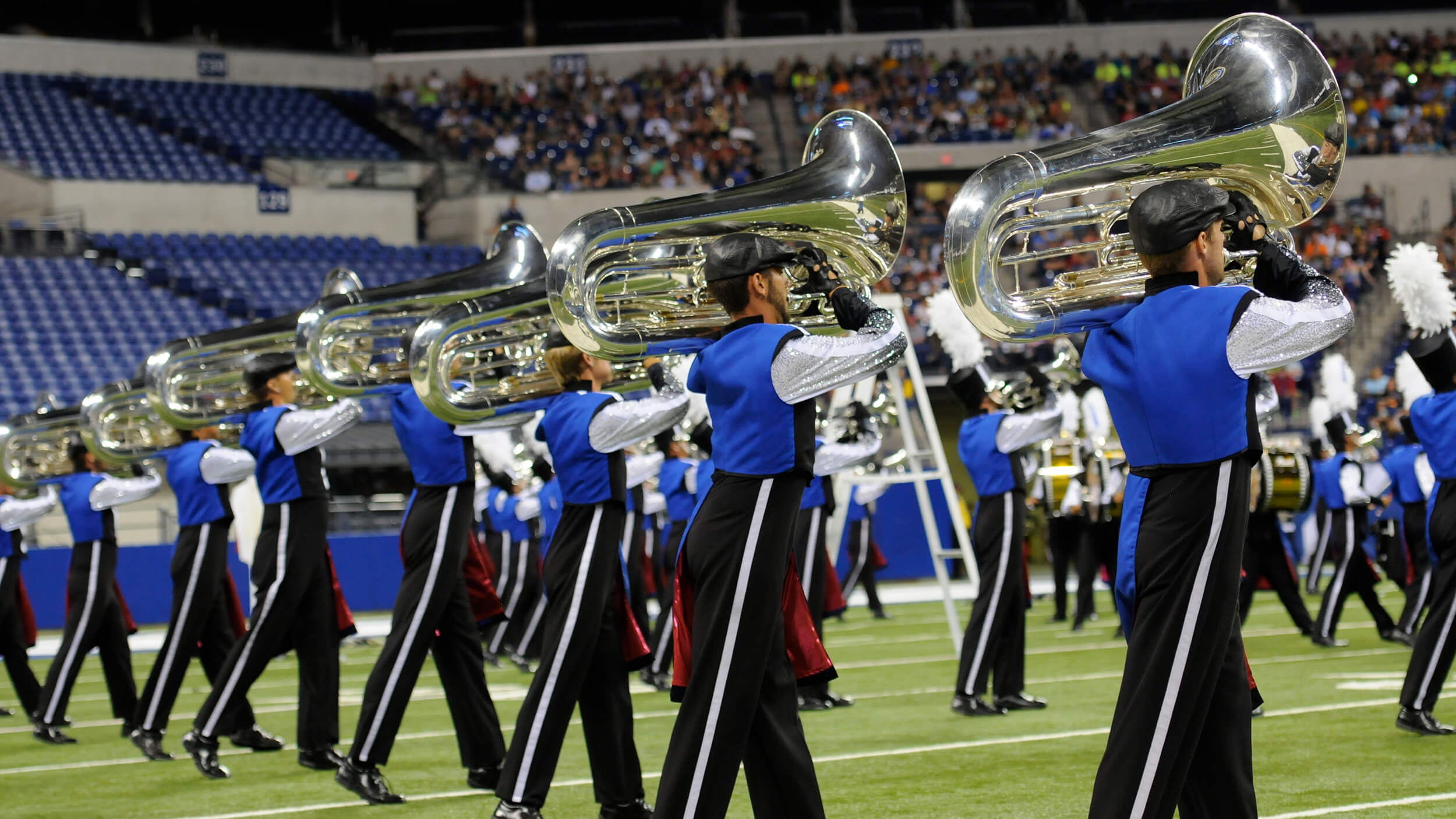 Blue Devils scored 99.650 overall in Finals, just 0.35 points short of a perfect score, by earning perfect scores in all three visual captions. The show earned the Brazale Award with a plethora of tricky manuevers such as when performers all hit a diagonal near the end, slowly gated to the front, then zoomed to the conclusion. 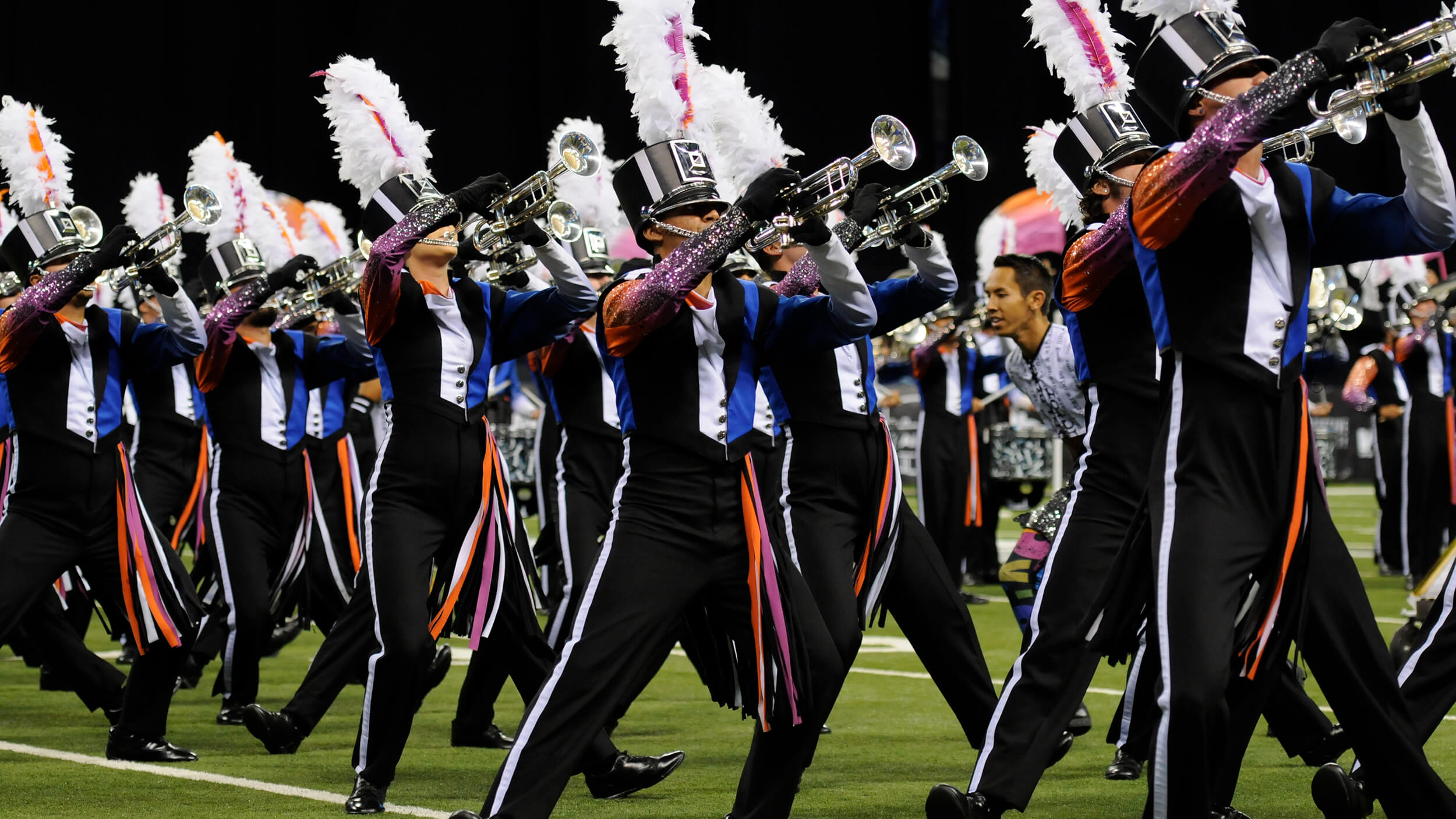 In Finals, Blue Devils added 1.025 points to their Semifinals score, winning all three visual captions for the second consecutive year, beating the second highest corps in overall visual by 0.45 points. 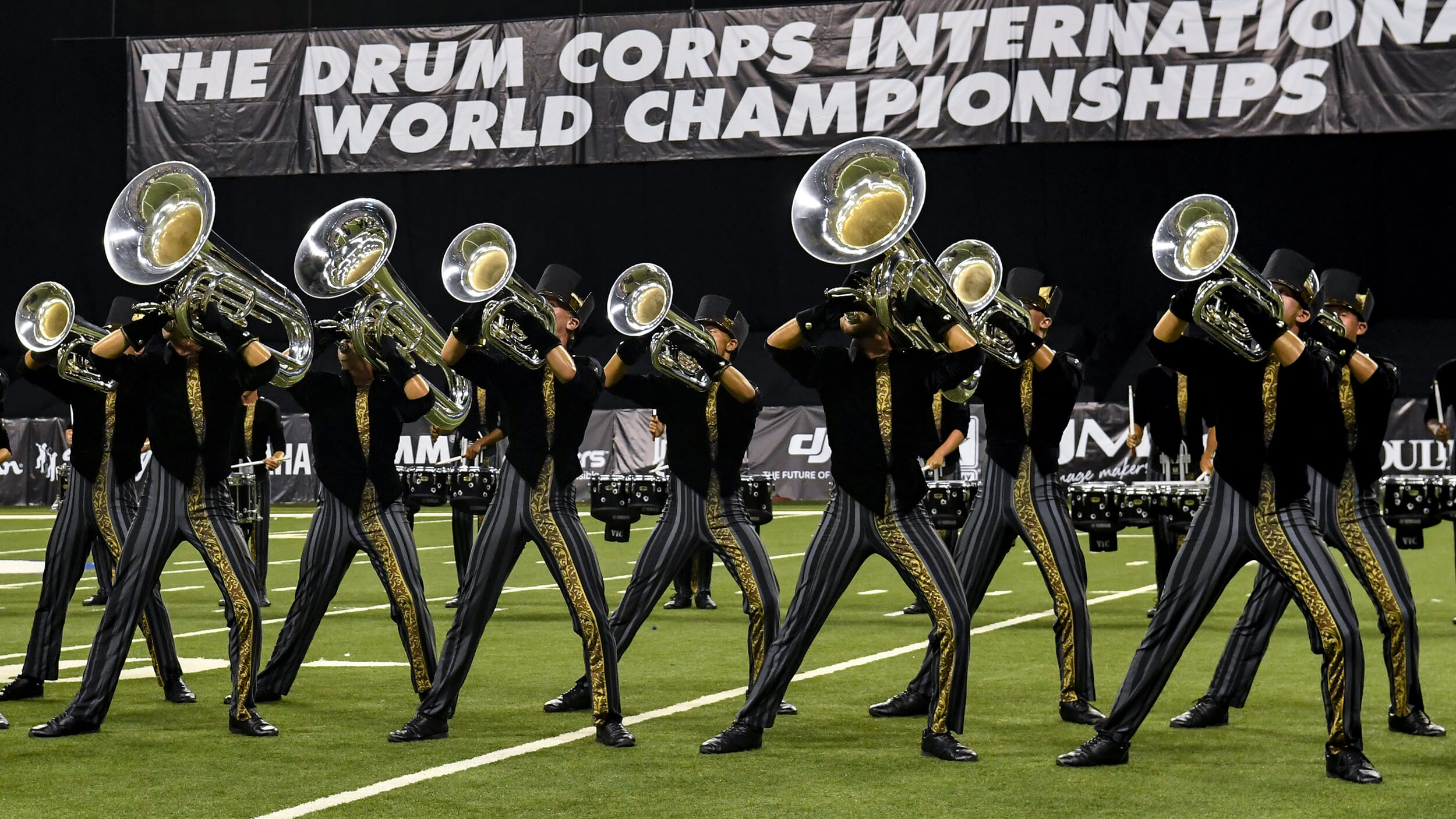 Crown won the Brazale Award despite finishing third overall. The corps arguably had the show with the most recognizable drill formations that required the most attention throughout the season, making receiving the award extra sweet. 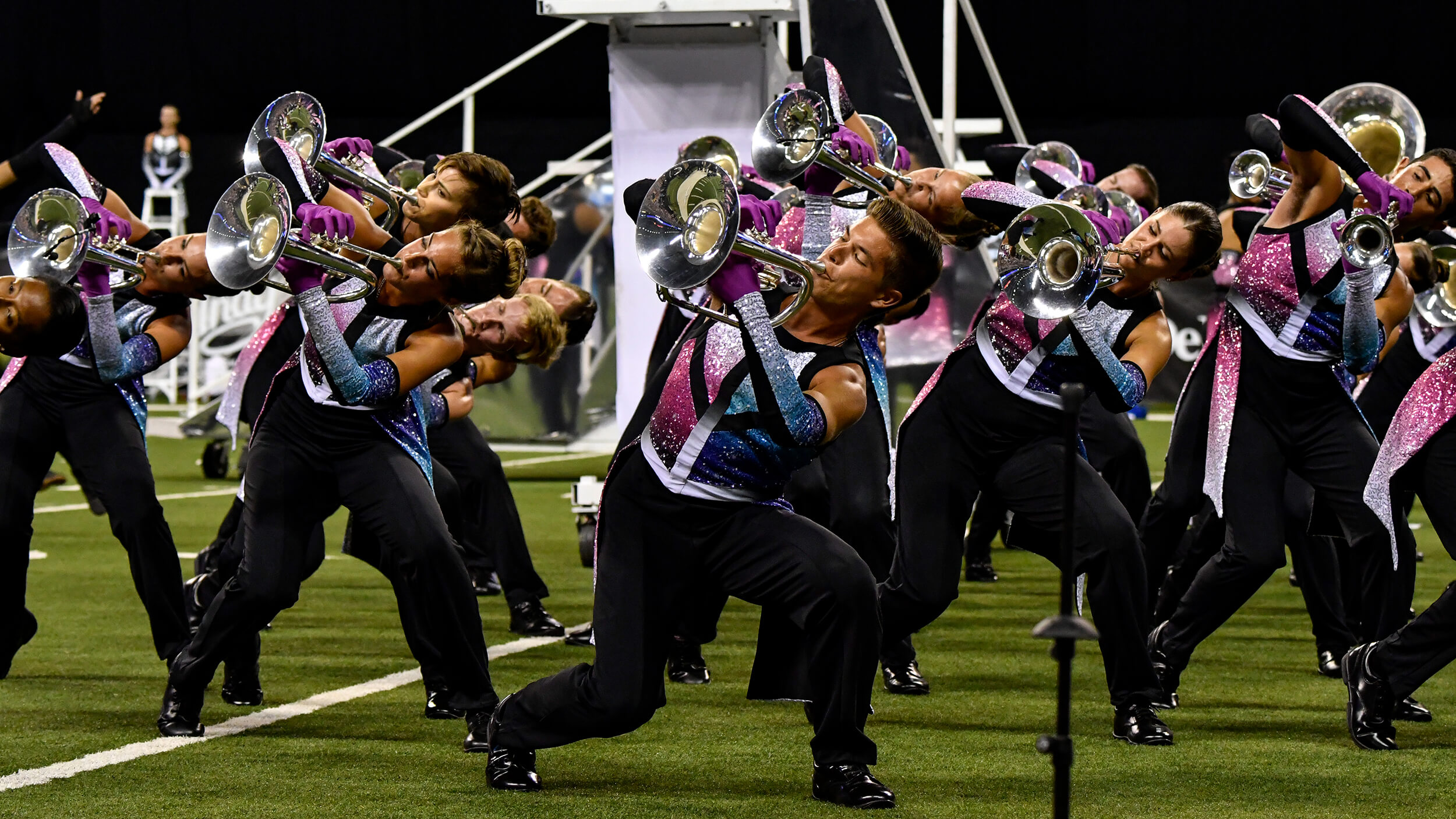 Blue Devils capped an undefeated season and its diamond anniversary by winning all three visual captions in Finals and the Brazale Award. The show visually took the audience through the history of the corps, beginning on the traditional starting line from back when Blue Devils was still a drum and bell corps. 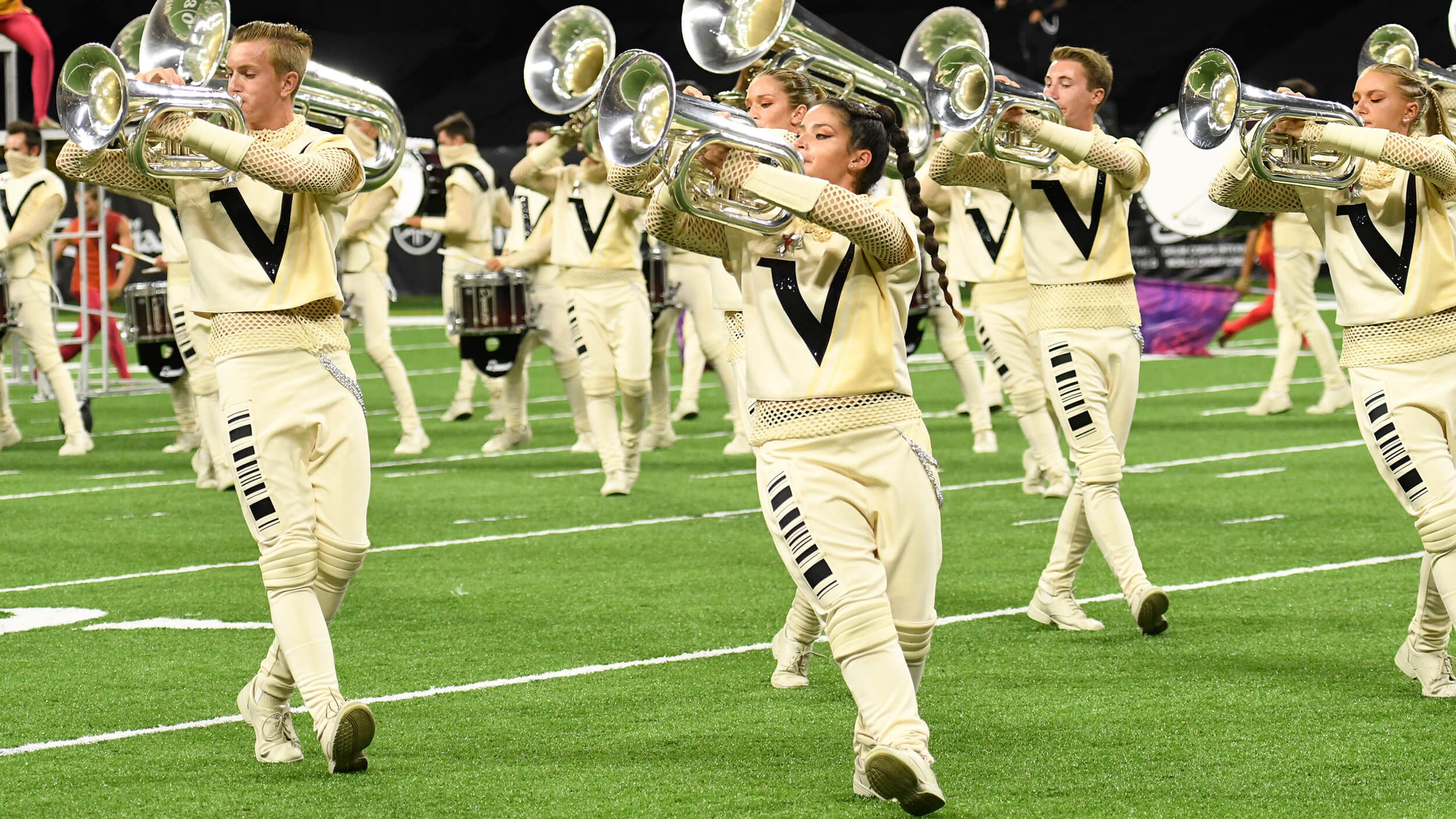 In Finals, Vanguard swept every caption except color guard (which was won by the Blue Devils) and the three-day accumulated color guard trophy, (which went to Boston Crusaders). It was visually captivating to watch the corps effortlessly march around the ever-changing variety of performance platforms that continually moved across the field. 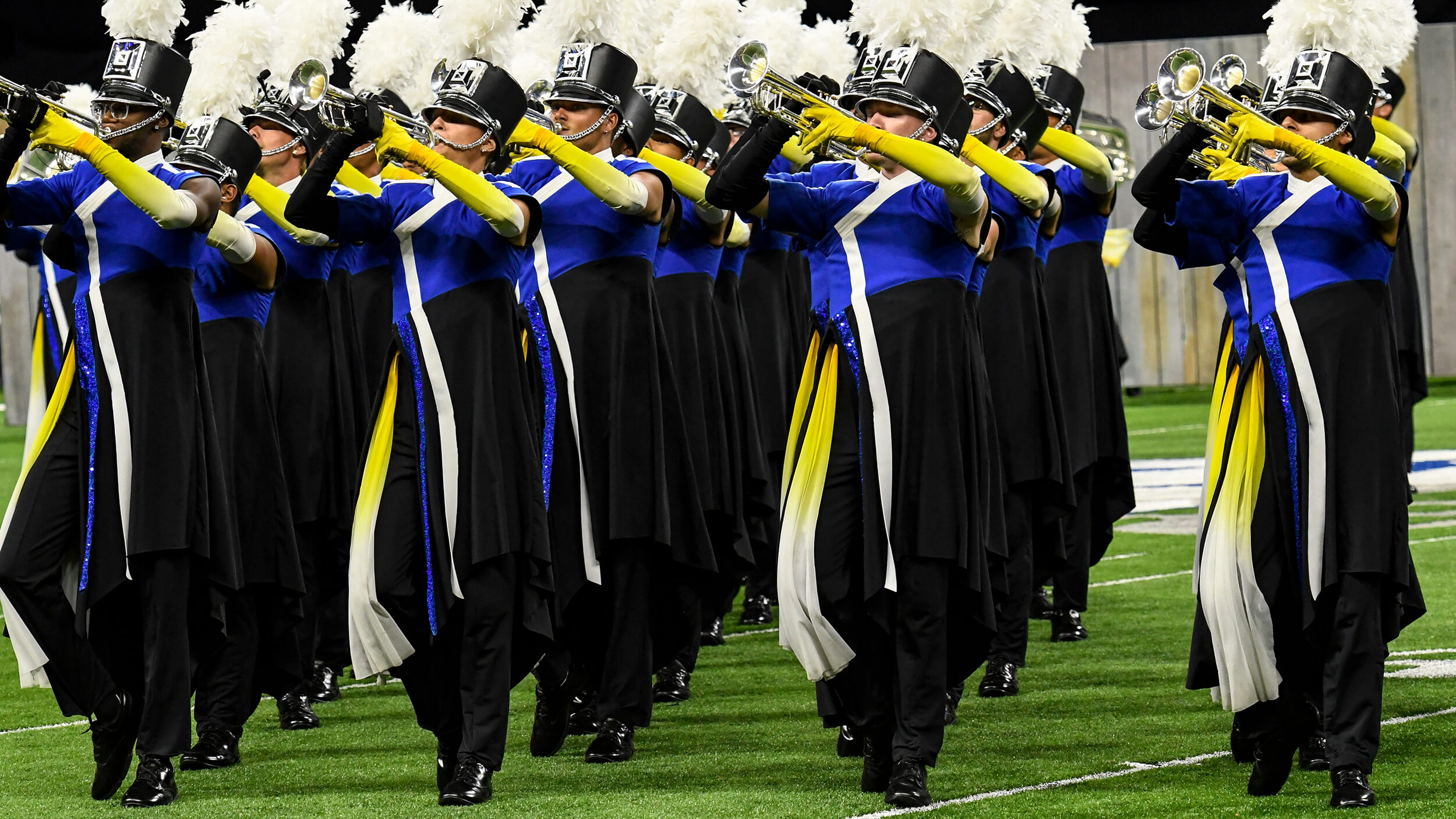 Blue Devils captured the Brazale Award on a night when five different corps won the five different caption awards, a first-time occurrence. One of the most versatile visual sets ever were the corps' large stage backdrops, which served as a long wall, as doors, as podiums, as dance platforms, and as a stage for tap-dancing hands.

The Best Visual Performance Award is named in honor of John Brazale, who passed away in 1993. Over his long career, Brazale made an indelible contribution to the drum corps activity as a performer, instructor, designer, and manager, most notably after assuming drill design responsibilities for Phantom Regiment in the early 1980s.