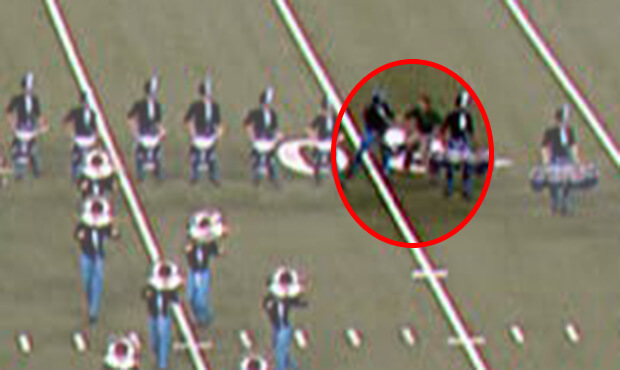 Many Drum Corps International judges were once performers themselves, and while their primary job is to rank and rate the performances on the field, they also pride themselves in making sure corps members can always deliver their best performances possible, even after the unthinkable happens.

As seen on TV


As seen on the field from the drummer's perspective