Los Angeles-based drum corps fans: Don't miss the traditional Japanese taiko drummers of Kodo during their "One Earth Tour 2013." This world music event, presented by the LA Phil, is coming to the Walt Disney Concert Hall on Tuesday, Feb. 5.

Tickets are available online at LAPhil.com, at the venue box office and through Ticketmaster.

Learn more about the concert and purchase tickets on LAPhil.com.

Win a Pair of Tickets to this Event!


The Walt Disney Concert Hall is giving away a pair of tickets to Tuesday's performance by Kodo. Entries through the link below must be made by Thursday, Jan. 31 and a winner will be drawn Friday, Feb. 1.

Enter to win a pair of tickets to this event. 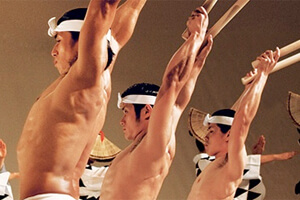