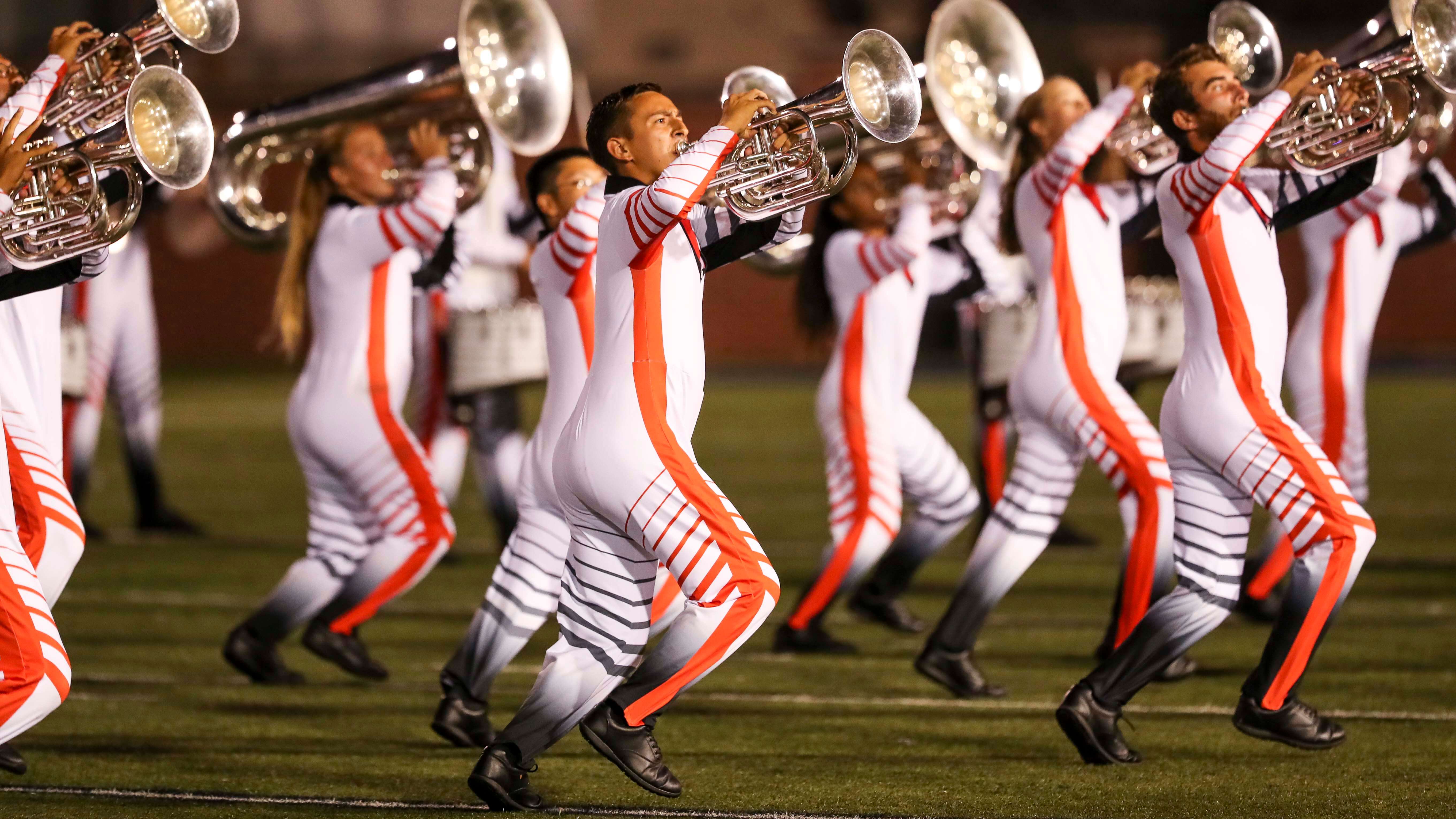 Vanguard Cadets moved to within one win of its second-straight gold medal Monday night in Michigan City. Photo by: E. De Stefano, DCI.org

Vanguard Cadets made it seven consecutive head-to-head wins over Blue Devils B in the two corps’ first meeting since July 29.

The defending Open Class World Champions held strong advantages in general effect and total music to make up for a deficit in total visual, which was won by Blue Devils B. Vanguard Cadets took first place in brass and percussion, with Spartans earning top honors in color guard.

“We’ve been waiting all season to get to this place,” Vanguard Cadets drum major Jessica Jackman said. “We’ve worked so hard this season, as well as building off of what we had done last season, and I think personally this corps definitely deserves it.” 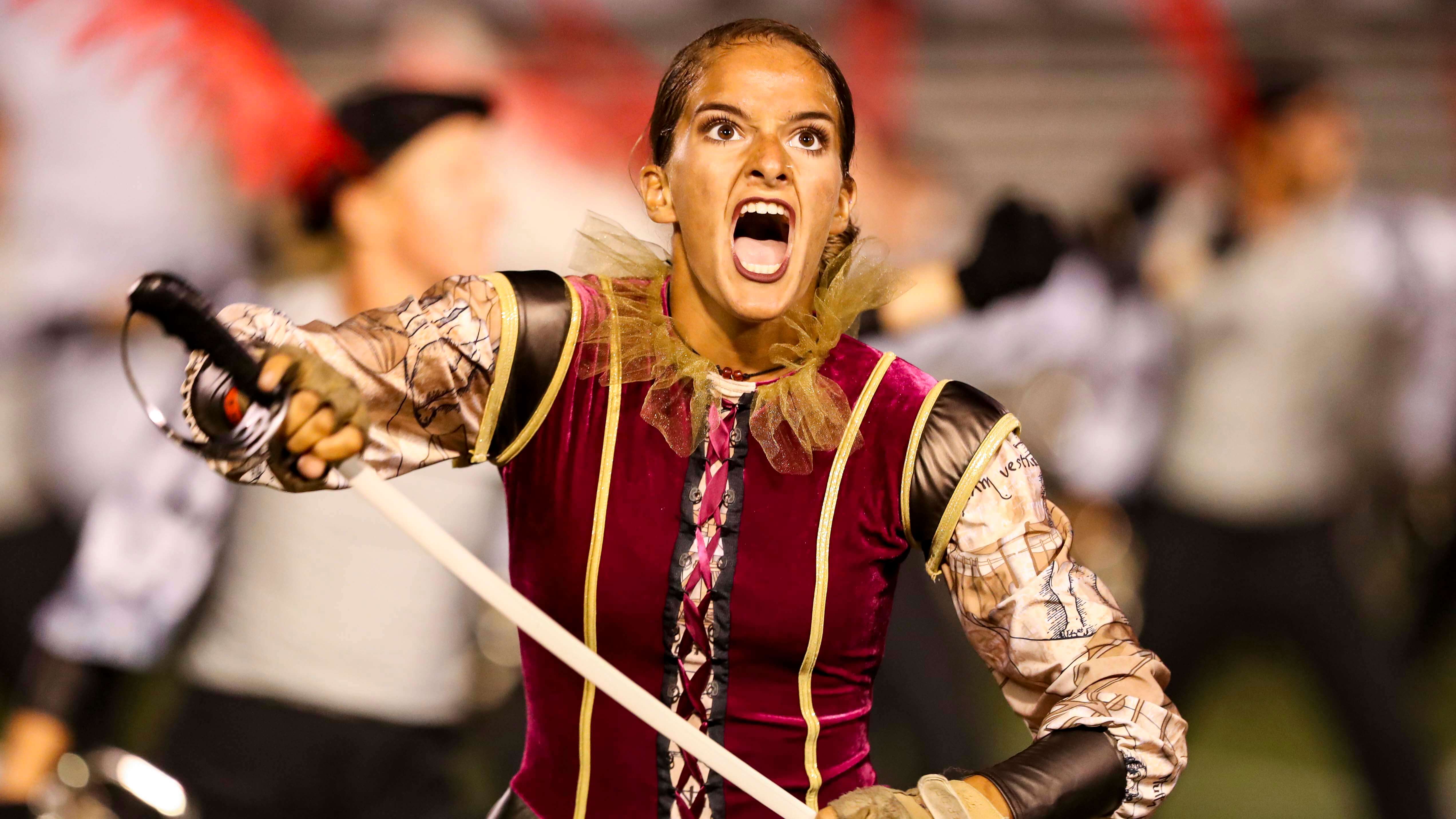 Gold, which has never finished higher than seventh at the Open Class World Championships, moved into third place Monday night, with just five hundredths of a point separating it from Legends. After surpassing Spartans for the first time ever Saturday in East Peoria, Illinois, Monday marked the San Diego corps’ first defeat of Legends since 2014.

Despite a tie in total visual and a 0.35-point deficit in total music, Gold’s win in general effect pushed it into a position to claim its first-ever Open Class medal, with last year’s bronze medalist, Legends, hot on the southern California corps’ heels.

“I’m feeling great,” Gold drum major Tyler Pham said. “The energy is just so high and I can feel the electricity in the air. We’re kind of just in our own zone, trying to reach that perfect moment where we just feel our best and we’re playing at our best.” 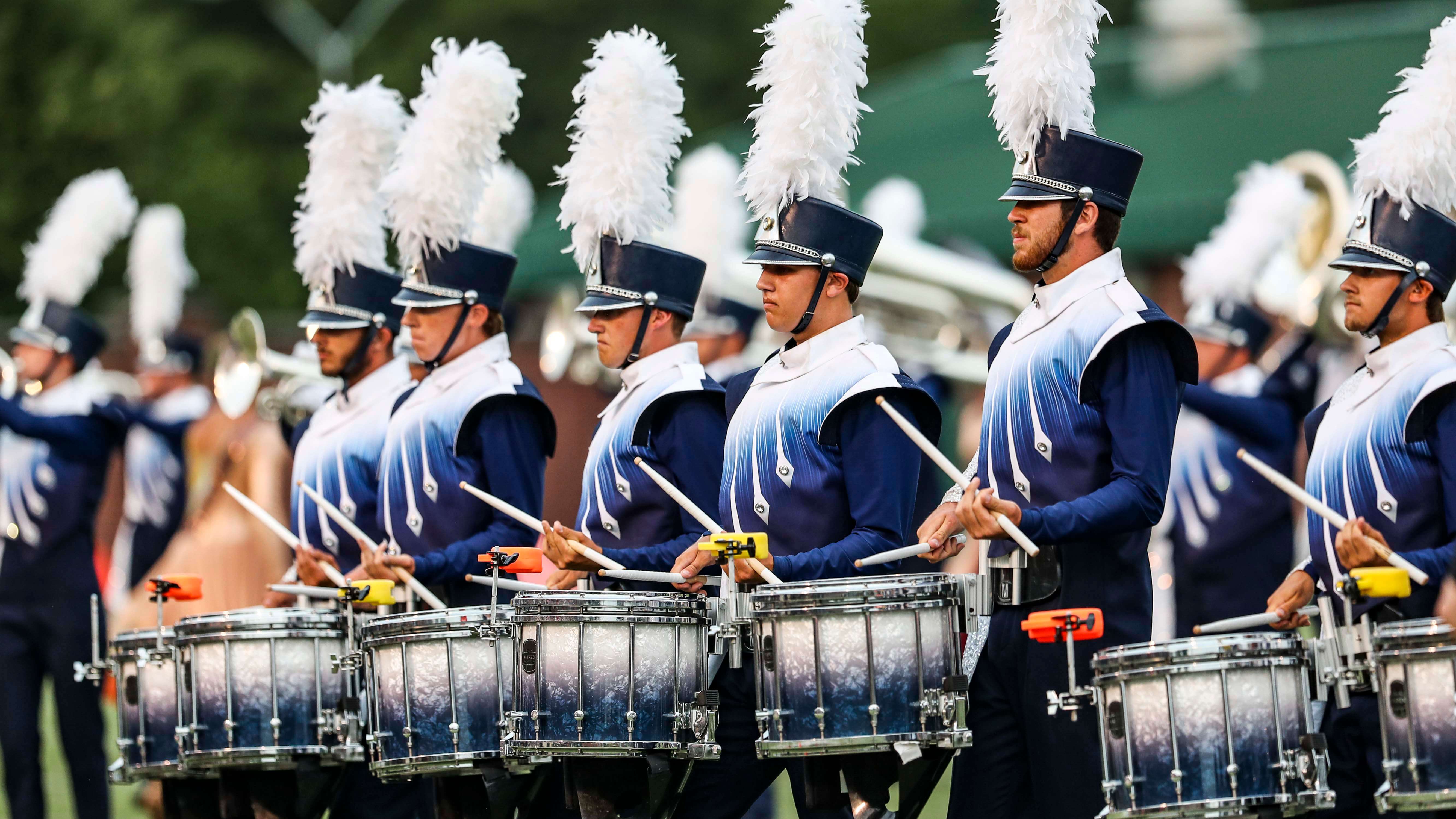 7th Regiment, which finished in eighth place a year ago, moved into the top six by defeating Louisiana Stars in the corps’ first meeting of 2018. The Connecticut corps held a one-point lead in general effect.

“It was amazing,” 7th Regiment drum major Leslie Abrew said. “After all the hard work, and so much time we’ve put in to every single second of the show, to have that, it’s just incredible, I couldn’t be happier.”

After trailing the Guardians by more than four points in Oskaloosa, Iowa on July 29, River City Rhythm used a strong output in general effect to push its way into the top eight. The Minnesota corps finished in 11th a year ago and 12th the year before.

Guardians wasn’t far off, though, and neither was Southwind. The two familiar opponents entered Monday having faced off nine times, with the Houston corps winning each meeting by an average of just under 1.5 points.

Monday night, while Southwind pulled within half a point and defeated Guardians by more than a point in general effect, the Texas corps kept a slim advantage — and remained close to River City Rhythm — thanks to impressive numbers in the visual captions.

“That felt like an amazing run,” Guardians drum major Garison James said. “I don’t think my corps has ever performed the way they did on this field tonight. We’ve been working very hard with our show, and tonight we came out here ready to perform.” 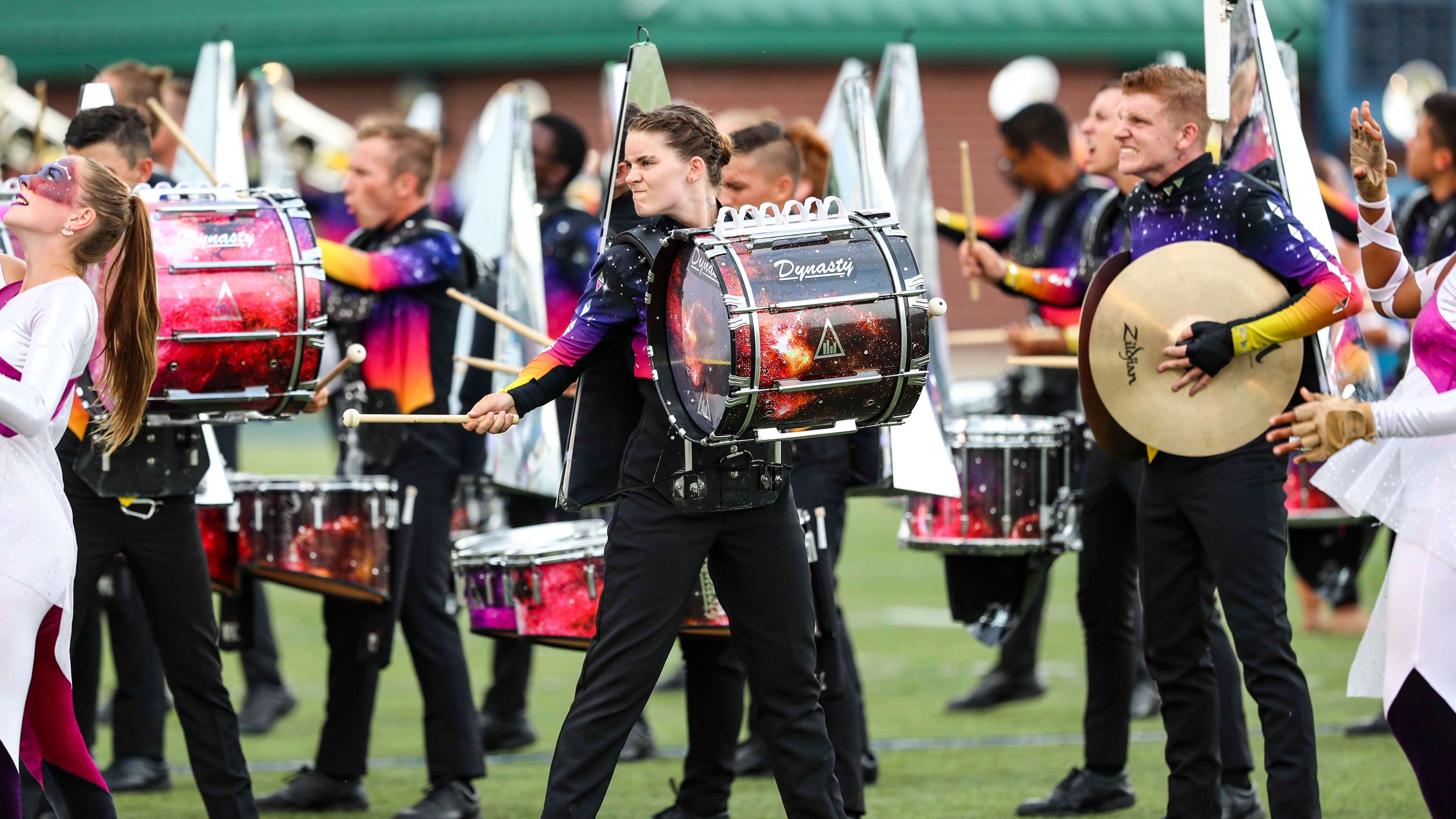 Having completed the long trek from southern California, Golden Empire notched a trip to the Open Class Finals with an 11th-place finish in its very first appearance at the DCI World Championships.

The Bakersfield corps held a commanding lead over the rest of the Open Class field, and scored as high as eighth in color guard. 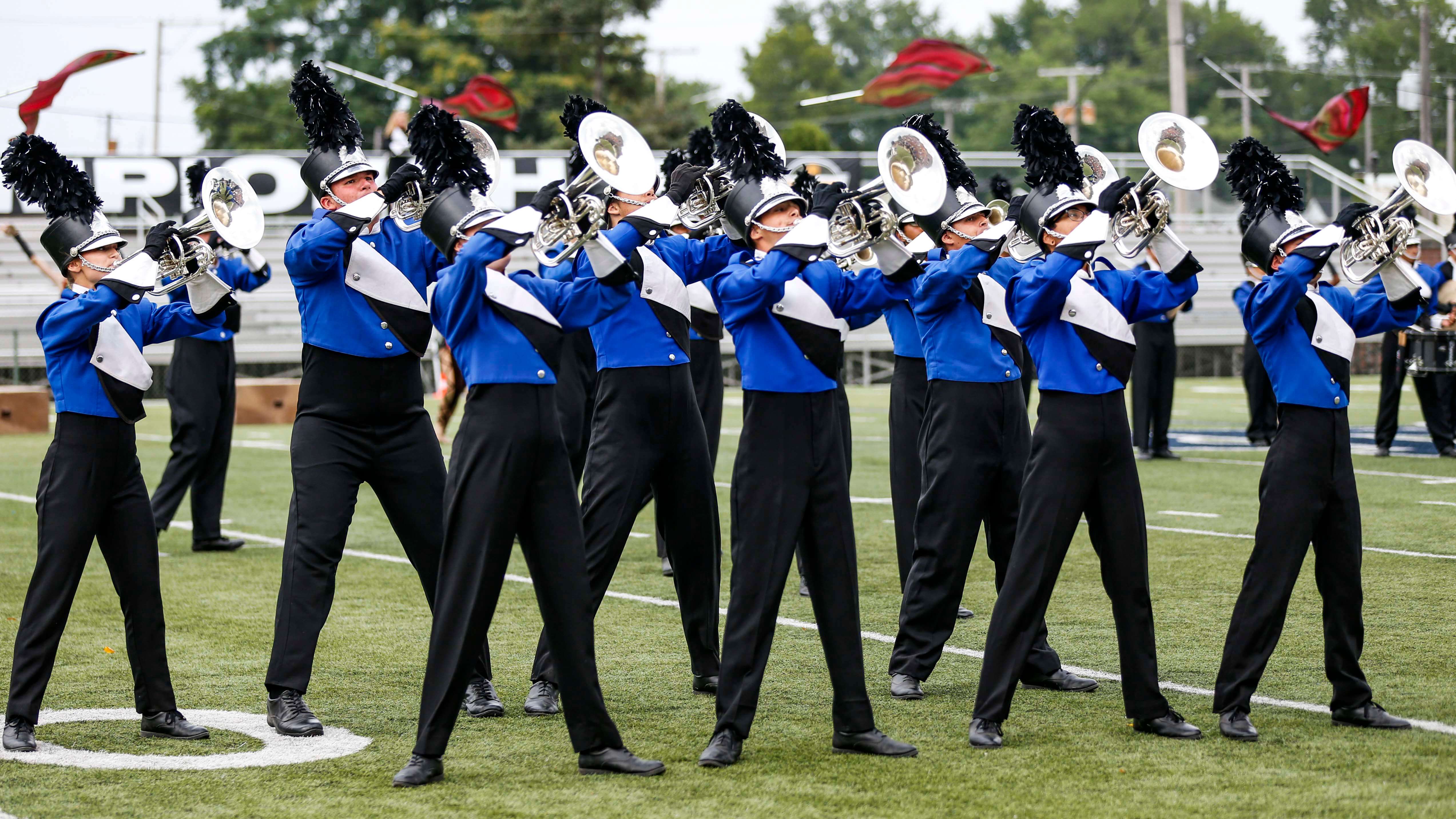 Colt Cadets and Raiders were airtight, just outside the Top 12 cut-off. Raiders held a slim lead in general effect, but the Iowa corps’ drastic lead in total music pushed it ahead of its New Jersey opponent.

In its World Championship debut, Heat Wave rounded out the Open Class field, with its 13th-place brass score leading the way.

“I’m feeling very excited for the week and what’s to come, for the future of the corps, we’re very young,” Heat Wave drum major Andre Jakubowski said. “I feel like we’ve definitely proven ourselves in the activity.” 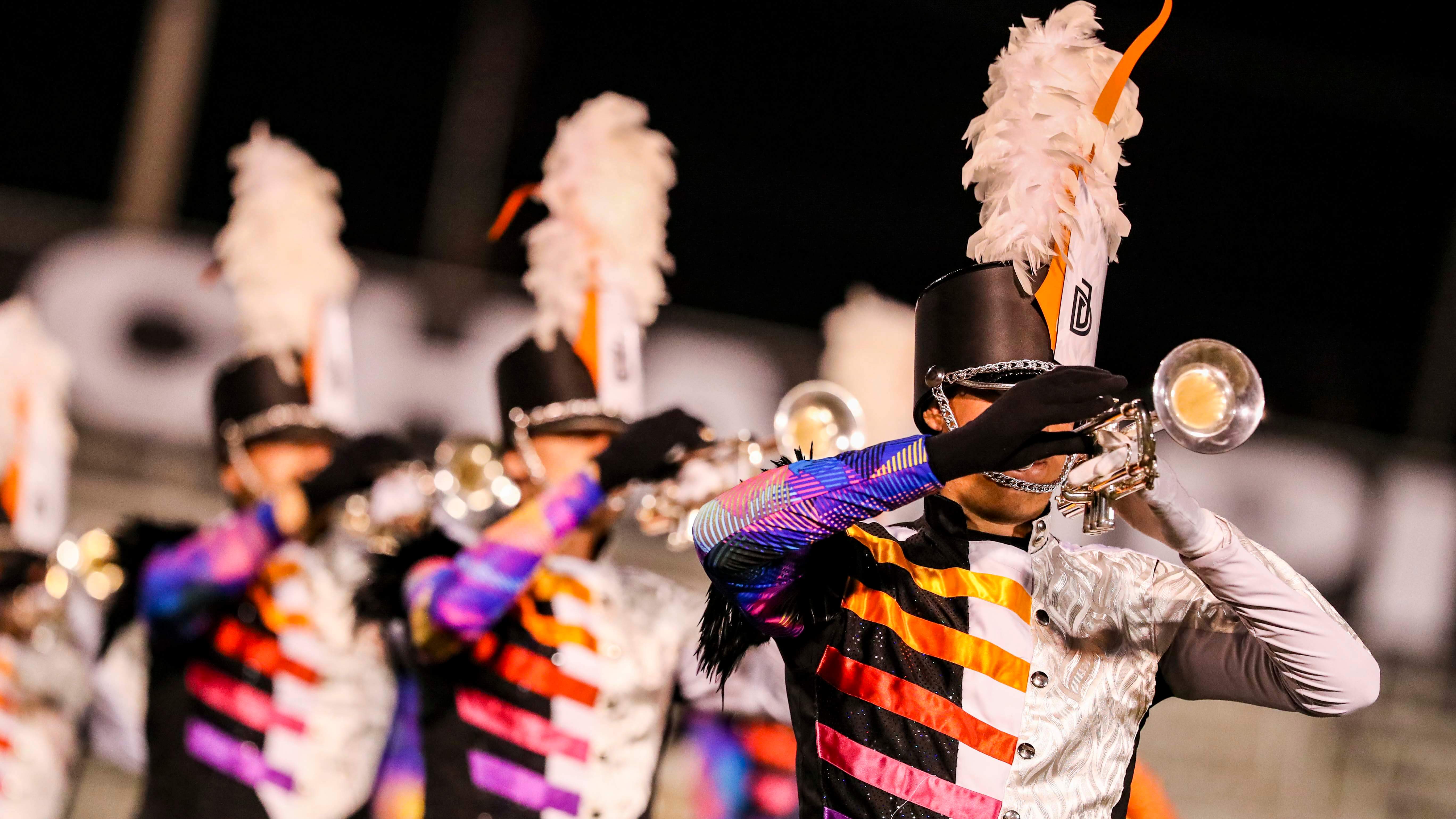 In its first trip to the United States since 2015, Jubal, from the Netherlands, closed in on the 70-point mark, with standout results in general effect.

“It’s been great,” Jubal director Hans Kloppert said. “This is Championships Week and that’s what it’s all about. They love being here, absolutely.”