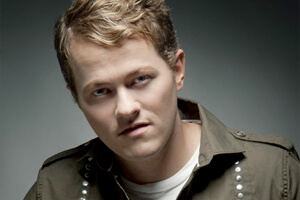 Shaun Canon
Drum Corps International is featured as part of a brand new music video released last weekend by former American Idol contestant Shaun (Barrowes) Canon. Canon is a dedicated advocate for music education, which he actively supports through his Live for Music Tour that travels to high schools and colleges across the country. A former marching band member himself, he said about the inspiration behind this latest project: "I wanted to create a music video that would motivate students to join their school band, orchestra, marching band or local drum corps. I wanted the music video to highlight the benefits of playing an instrument." The new video, which incorporates footage from the Drum Corps International World Championships, has already garnered more than 40,000 views on YouTube just a few days after its release. Read the back story behind this "Live for Music" video. Learn more about Shaun Canon.