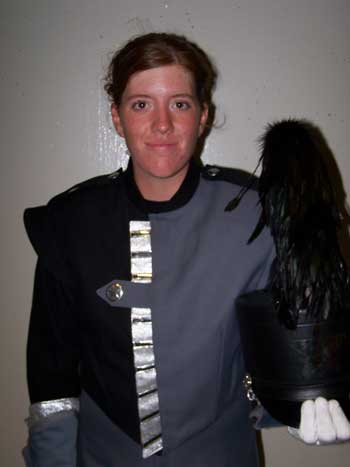 Traci Finch, Revolution drum major
Traci Finch, 18, of Round Rock, Texas, is Revolution's drum major. In 2003 she marched with the Patriots. She came to this San Antonio-based corps due to its proximity to home. "It was awesome!" Finch said of Revolution's performance today. "It was amazing! They were so into the show. The crowd response was amazing." Subscribe now to read more!