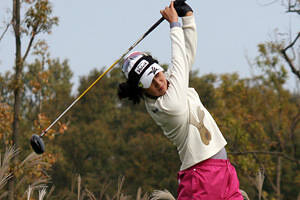 Kyeong Bae
LPGA professional golfer Kyeong Bae will play for Drum Corps International at the inaugural RR Donnelley LPGA Founders Cup this week in Phoenix, Ariz. Drum Corps International will receive her winnings if she is among the top 10 finishers. This year's $1 million purse is being donated entirely to charity. "Drum Corps International provides outstanding leadership development opportunities and performing arts educational experiences to student musicians and performers," said Bae. "With music education programs being eliminated in schools at an alarming pace, I feel it's important to raise awareness of the work that DCI does to provide learning and performance opportunities to thousands of young people each year." Bae will show support for Drum Corps International throughout the tournament week by displaying the DCI logo and website address on a unique flat screen monitor that has been custom-installed in her golf bag. She first introduced the bag at the LPGA Tour Championship last December when she displayed an advertising message promoting the DCI Orlando event for the upcoming DCI Summer Tour. The top-10 finishers at the RR Donnelley LPGA Founders Cup, which will be played March 18-20 at Wildfire Golf Club at the JW Marriott Desert Ridge and Spa, will share a charitable pool of $500,000. The winner will be able to designate $200,000 to the charity of her choice, while the second-place finisher will donate $100,000. The complete breakdown is as follows: 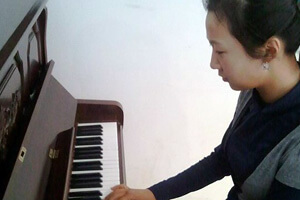