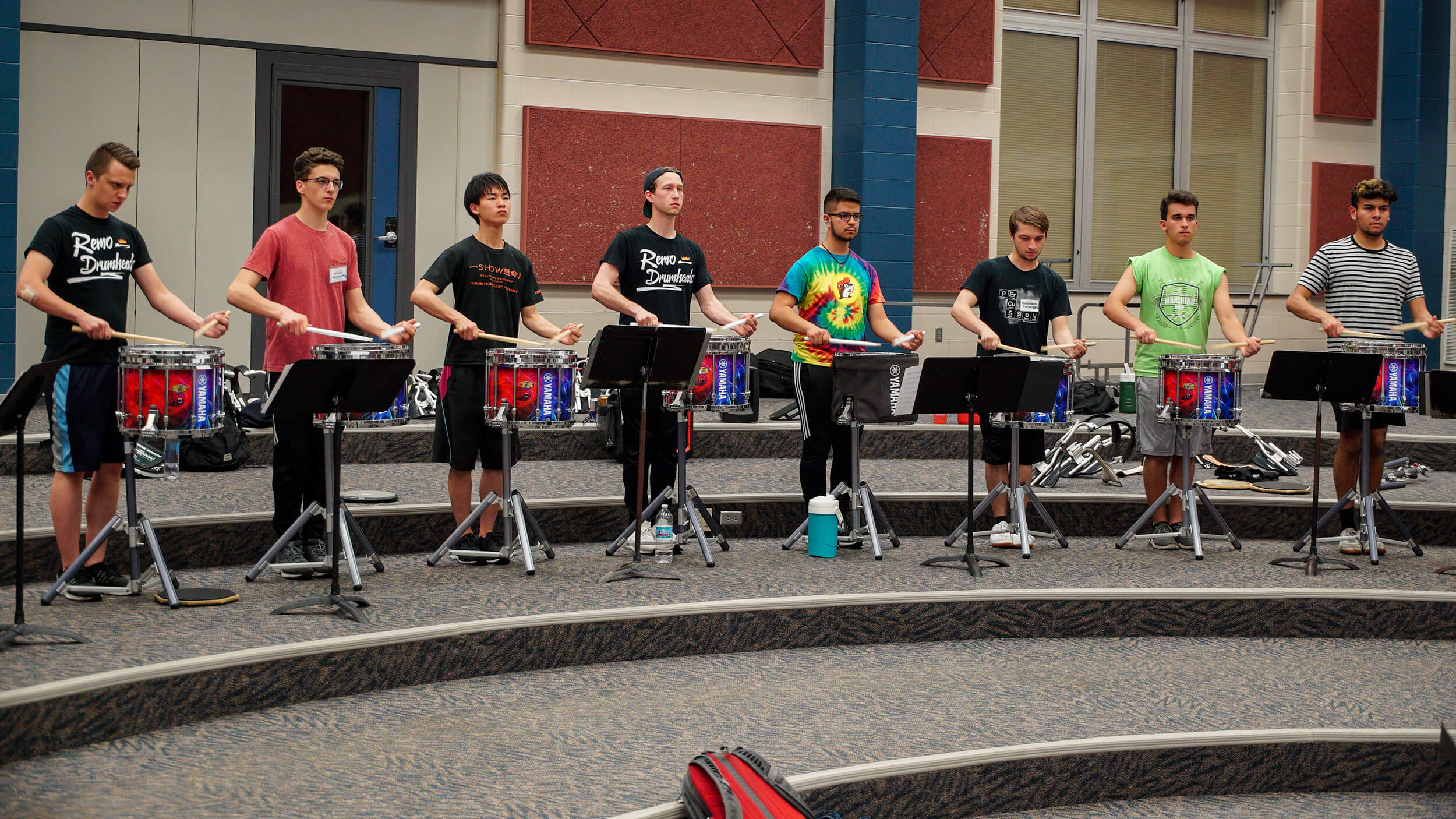 INDIANAPOLIS — With just three weeks to go until spring training, the Madison Scouts were in action this past weekend for their final off-season rehearsal camp of 2019.

With the surprise unveiling of the title and theme of the corps’ 2019 competitive production on Friday, April 26, Scouts members arrived at Franklin Township Middle School abuzz.

“I’m hoping we get some show details tonight,” fifth-year tuba player Ian Blouch said as the weekend rehearsals got underway. “What I know about the show is there’s a lot of really fun music. There’s not any specific concept but it’s supposed to be a lot of fun which I think caters to the Madison tradition of just being entertaining.”

The Madison Scouts are excited to announce our 2019 production titled "Majestic" https://t.co/nSuNnzBY0n pic.twitter.com/YqPFb5Y8GI

Other than the individual pieces of music corps members have had the opportunity to rehearse and play during the winter months, they haven’t been privy to many of the show’s thematic elements that have been in development since the fall. This year’s production “Majestic” is titled after a historic theater in the corps’ hometown that’s hosted a wide variety of musical acts.

Leading the corps’ design team and staff in 2019 is a new but familiar face well versed in the traditions of one of Drum Corps International’s oldest corps, DCI Hall of Fame member James Elvord. Elvord got his start with the Scouts back in the 1960s as a performer, and later worked in a number of capacities within the organization including head brass instructor and program coordinator during their 1975 World Championship-winning season.

Well within his wheelhouse, Elvord says that this year’s production will have throwback elements to the Madison Scouts of years past, but with a more contemporary approach. “We want to do a show that you have to see three, four, or five times to get it; not a show that you only see once,” he said. “There are a couple things you’ll need to look for that are very subtle, but are going to have that excitement so at the end you just get shivers.”

Thumbs up if you had an amazing time at April Camp 👍🏼 pic.twitter.com/7NnGx101nt

Marching ahead into the summer of 2019 the Scouts will be looking to rebound from a 16th-place finish at the 2018 DCI World Championship Semifinals that saw the corps fall short of a top-12 finalist position for the third time in the last decade. As they anxiously look ahead to the coming months, Blouch and his fellow corps members understand that it’s only April, and the drum corps season can often be more of a marathon than a sprint.

“We’re still only in the camp season right now, and I know a lot of people like to start assuming things or start guessing how the summer is going to go,” he said. “But I always say we have to wait until after spring training. Right now it’s really up in the air. I think if we just keep moving forward and keep working hard we’ll get it together.”

For Elvord, a drum corps icon who’s lived through some of the best times and some of the most challenging times in the corps’ history, the goal of the 2019 Madison Scouts is a simple one.

“We want this year to make everyone love the Madison Scouts again. If we do that, then we’re going to be alright.”