From a Madison Scouts press release: The Madison Scouts participated in the City of Madison's sesquicentennial celebration on April 7. The weather during the opening ceremony was unseasonably cold and windy, but the crowd on hand had a warm feeling inside as members of the Madison Scouts were presented the city flag before raising it along with the American flag to end the ceremony. Alum Michael Clobes, and current members Pat Rich and Rowan Sbaiti, served as the official honor guard, while Dennis Stone (Madison Scouts 1961-1967) and Martin Redmann (Madison Scouts 1982) were also on hand to represent the corps. Dennis was honored by Dick Wagner, chair of the Sesquicentennial committee, as the original designer of the flag. As Wagner stated, "Dennis wanted a flag that the Madison Scouts could take with them as they traveled around the country, so he and his brother designed our current flag. Dennis' mom served as Madison's Betsy Ross, sewing the original flag for her sons." Martin Redmann, president of the MDBCA said, "It was a great honor to be asked to raise the flag during this esteemed ceremony." With the past Madison mayors on hand, Redmann felt a sense of how involved the Madison Scouts were in the city's history. Former Mayor Otto Festge (1965-1969) recalled the names of many former members and administrators, and said he remembered how good the Scouts were when he was mayor. With the return of the DCI World Championships this August falling in conjunction with the city's anniversary celebration, it looks like a great year is in store for the Madison Scouts and the city of Madison alike.
The Madison Scouts spent time late this March learning the introduction drill to their 2006 program at the University of Wisconsin's indoor training facility. Read more on www.madisonscouts.org. 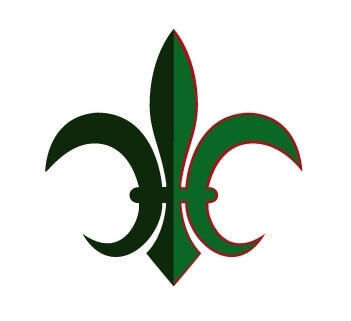