A new "The Field Pass with DCI's Dan Potter" audio feature for DCI Season Pass subscribers has been posted on the DCI Season Pass. Listen to the first portion of this installment. 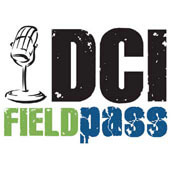 Contents of this month's Field Pass: This month on the Field Pass with DCI's Dan Potter, the focus is on the people who attended the Drum Corps International winter meetings in Pasadena, Calif. in Feb. and the ideas they discussed. You'll hear conversations about the future of drum corps and whether corps still have the same sense of identity they did 20 or 30 years ago. The Cavaliers' director Jeff Fiedler is inducted into the DCI Hall of Fame by drum corps personality Michael Cesario. The tour director of the Dutch drum corps Jubal tells why his corps is coming to North America this summer, and DCI columnist Michael Boo reveals which one of the shows to make this year's DCI Classic Countdown is, perhaps, "the most significant drum corps show ever." The Field Pass with DCI's Dan Potter is a half-hour audio magazine featuring the performers, designers, instructors and fans of the world's top drum corps. Season on! Grab your Field Pass and let's go to the stadium! Dan Potter is well-known to DCI fans as a frequent field announcer. If you're a Season Pass subscriber, login and look under the Off-Season Coverage pull-down menu.