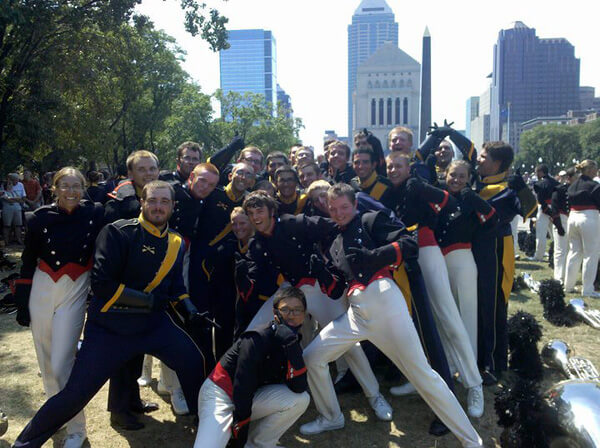 This is a picture taken at the mass brass performance of "Battle Hymn of the Republic" after the DCI parade on Finals day. The Troopers and Spartans were standing next to each other. Once they were given the at-ease as the rest of the corps filled in from the parade, they wasted no time to meet and get to know each other.