From a Memphis Sound press release: The Mid-South Youth Performing Arts Association is pleased to announce that Michael McCray has been named executive director for Memphis Sound. 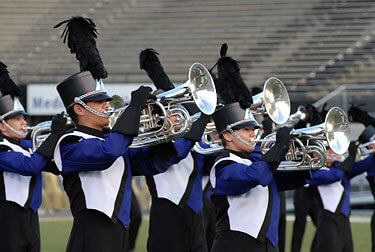 Memphis Sound performs in Columbia, Mo., on June 24, 2006.
McCray serves as the director of percussion programs at Houston High School located in Germantown, Tenn., and is a former marching percussion coordinator at the University of Memphis. For more than a decade, he has produced positive results in students, including serving as the percussion caption head for Memphis Sound in 2006 and as a percussion consultant during the 2005 season. Read more on www.memphisdrumcorps.org