From a Memphis Sound press release:

The sounds of reed instruments filled the hallways at the recent rehearsal camp of Memphis Sound. 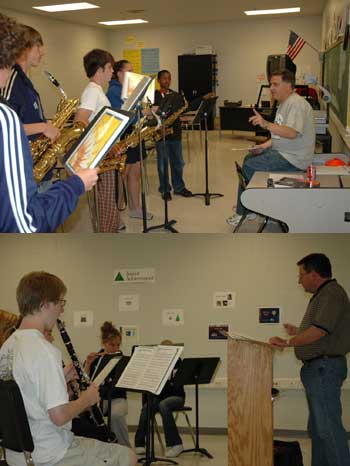 "It's a great way to share resources," says Arlington's band director, Richard McAnulty. During the day on Saturday, woodwind and brass students were able to play through their fall show music and, with the help of Memphis Sound's percussion staff, the band's drummers were auditioned and placed on parts.

Memphis Sound thanks its staff for being so flexible and willing to share their talents with young students. The corps also thanks Dr. Jeff Cozzens, principal of Arlington High School, for being such a great host.