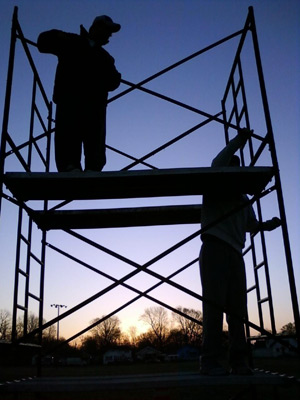 I'm marching in my third year as a member of the Blue Stars, and this is a photo of fellow members Kris Borden (left, fourth-year mellophone player) and Ben Anderson (right, first-year trumpet player) as we assembled scaffolding (as a rehearsal observation point for staff members) early in the morning before the rest of the corps woke up.