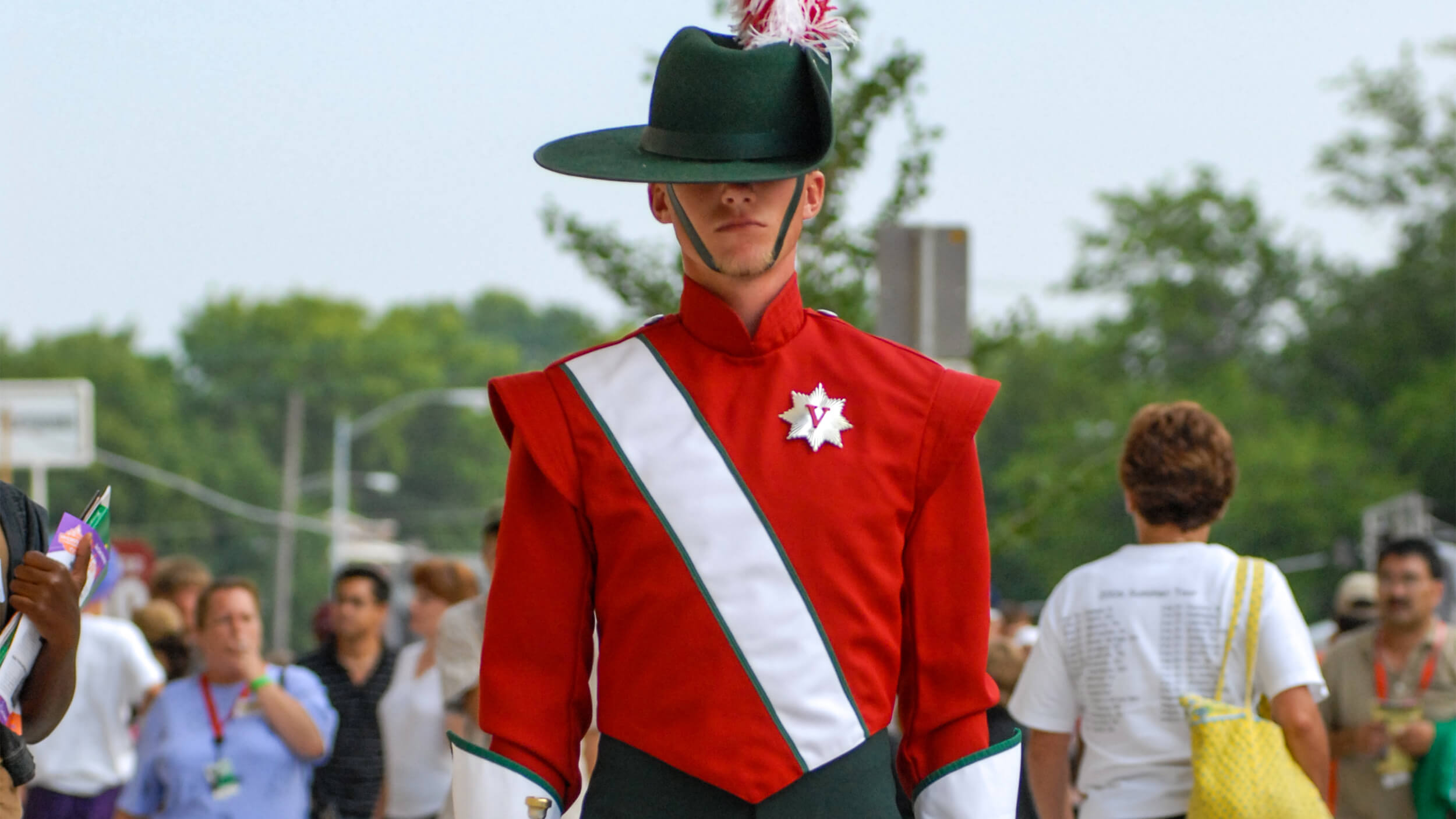 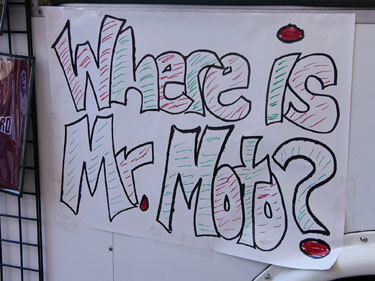 In Santa Clara Vanguard's 2006 program, "Moto Perpetuo," continuous motion never stops, and during Championship Week, the corps has taken that even one step further.

As the corps buses pull up, a special corps member, nicknamed "Mr. Moto," begins marching. While doing laps around the stadium and souvenir marketplace amongst drum corps fans, Mr. Moto intrigues and inspires many onlookers. As the rest of the corps warms up, Mr. Moto continues, until marching onto the field as Santa Clara Vanguard begins its on-field warm-up. 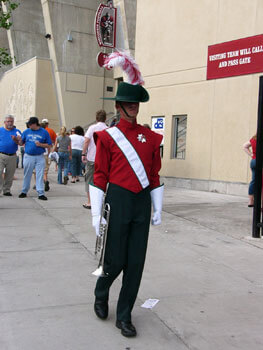 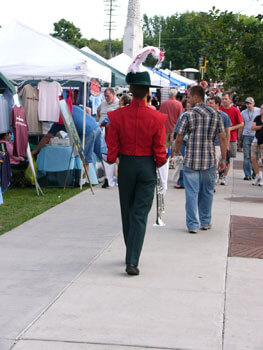 John Garrett, a Santa Clara Vanguard admirer, has a "sick fascination" with following Mr. Moto around the souvenir area. 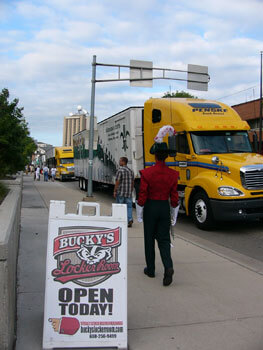 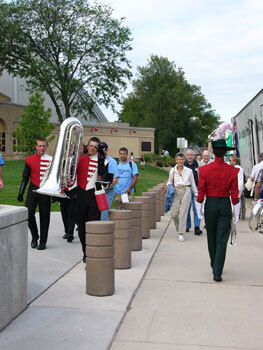 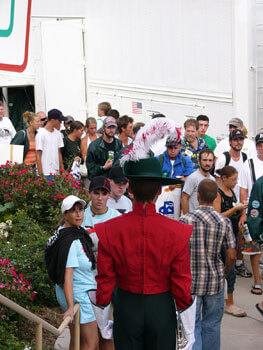 Andy May has never seen this year's Santa Clara Vanguard show. He says about Mr. Moto: "That's some dedication." 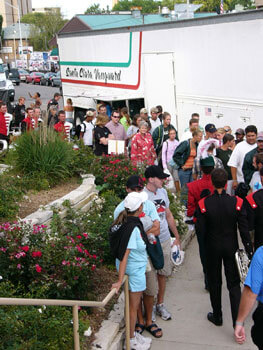 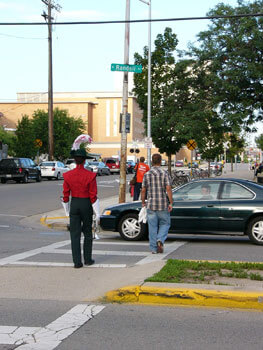 Goodbye to Mr. Moto as he crosses the street to go to the corps for a final warm-up.