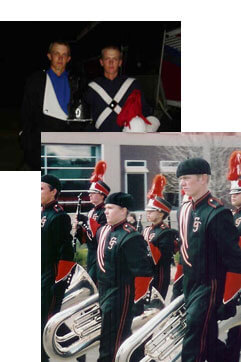 Their only regret is that the two did not get to march one season of high school with brother Mark, who also marched as a tuba player. He was one of their techs this season, so when they are not marching blue, they march orange and black.