From a Mystikal press release: Mystikal has appointed music and visual designers for the 2007 season. This year the corps will focus on local talent to join its 2007 design team. 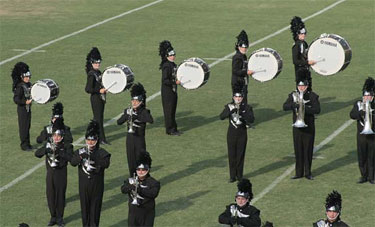 Brian Belski will serve as brass music designer. He currently is the director of bands at Savanna High School in Anaheim, Calif. Belski received his bachelor's degree in music education from UCLA in 1996 and received his teaching credential at Cal State University Long Beach. He is currently pursuing a master's degree in instrumental conducting from Southern Oregon University. Don Gallaher will assume the role as Mystikal's visual designer. He has taught many high schools and drum corps over many years. Gallaher previously served as the drill designer and visual caption head for Pacific Crest. Read more about Belski and Gallaher on www.mystikal-corps.org.