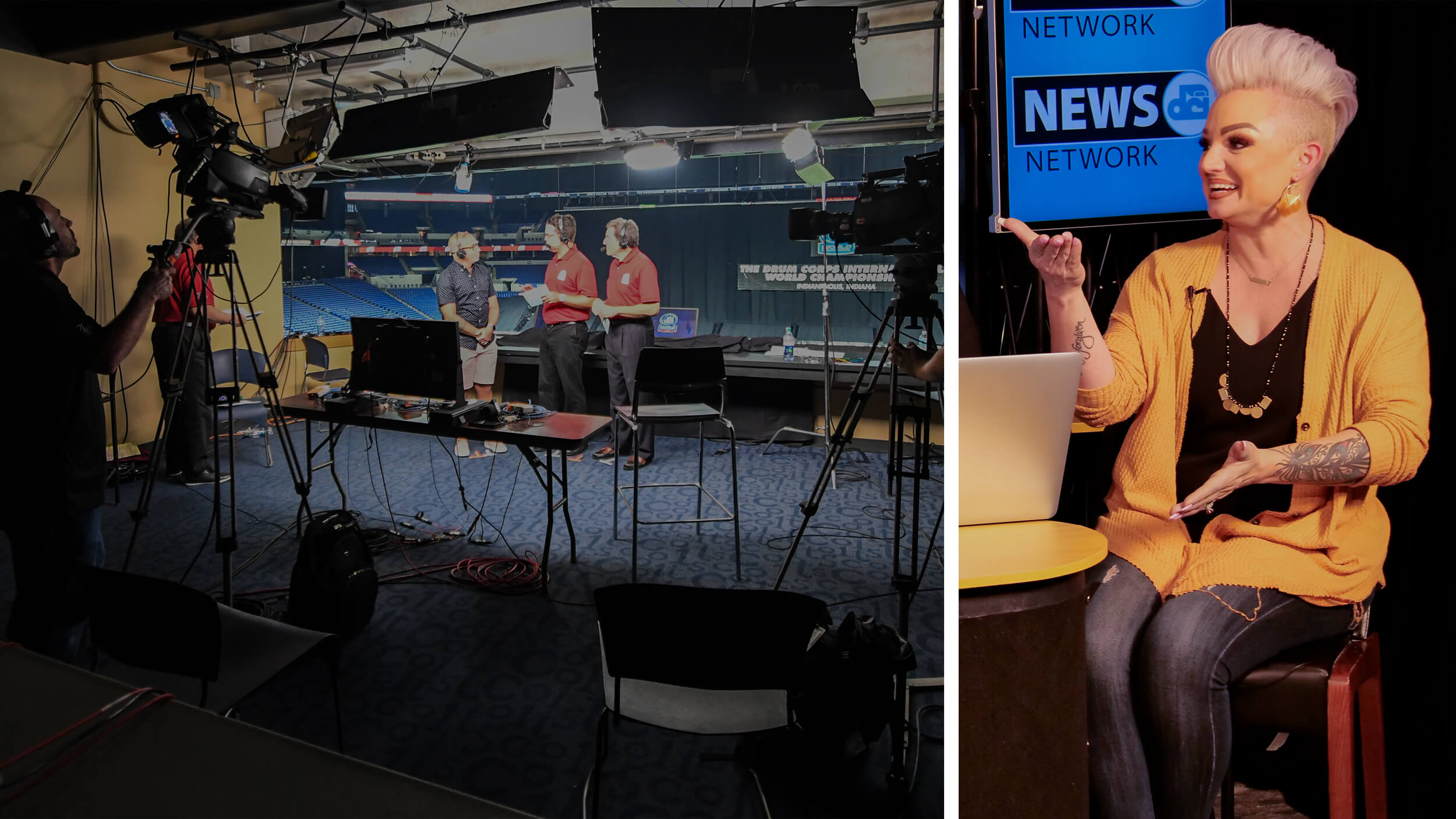 Marking the ninth-annual broadcast of the season-opener of the Drum Corps International Tour, the 2019 DCI Tour Premiere will be seen in hundreds of movie theaters across the country on Thursday, June 20.

Highlighting this year’s edition will be a brand-new face to the broadcast team of DCI’s big-screen events.

Lindsey Vento, an accomplished designer who has been involved in the marching music activity for nearly two decades joins the team as a co-host. Currently artistic director and program coordinator for The Academy, Vento has worked with Carolina Crown as well as several successful high school programs and independent indoor color guards.

Find a DCI Tour Premiere movie theater near you.

With a degree in music education adding to the visually-focused side of her marching music credentials, Vento also is an accomplished vocalist having performed with the Lyric Opera of Kansas City.

Starting with the season-kickoff event on June 20, Vento will join Steve Rondinaro and Will Pitts as the broadcast’s on-camera hosts, with DCI Hall of Fame member Dennis DeLucia contributing historical context to the program.

“They’ve become such a staple. When you see those faces and hear those voices, you know immediately who they are,” Vento said of coming on board with the veteran broadcast team. “It’s exciting, and I’m honored beyond belief.”

“She has an amazing résumé and a LOT of energy,” said Rondinaro who celebrated his 40th DCI broadcast last summer. “She’s going to liven things up considerably.”

In the eyes of Tom Blair, who has produced the DCI broadcasts since the 1980s, Vento’s vibrant personality, show design credentials, and her knowledge of the drum corps activity make her the ideal candidate to join the team.

“With her high energy level and broad skills, she’s become an outspoken voice in the drum corps community,” he said. "As a current show designer, she comes at things from a whole different perspective. I've long wanted a stronger visual presence on the team as well as, frankly, a woman's perspective. Lindsey is a perfect fit.”

Vento’s understanding of the design process will bring plenty of insight to the debut performances taking place at Ford Field. “The greatest part of the Tour Premiere is that it’s everyone’s first look,” she said. “We get to talk about the first time we’re seeing these corps, their new looks, and that is a really exciting thing. I can't wait!”

Vento will also be a part of the DCI broadcast team for the 16th-annual Big, Loud & Live movie theater broadcast of the DCI World Championship Prelims, set to take place Thursday, August 8. Once again teaming up with Rondinaro, Pitts and DeLucia, Vento will also be joined by veteran sideline reporter Tricia Shepherd for the live broadcast from Lucas Oil Stadium in Indianapolis.