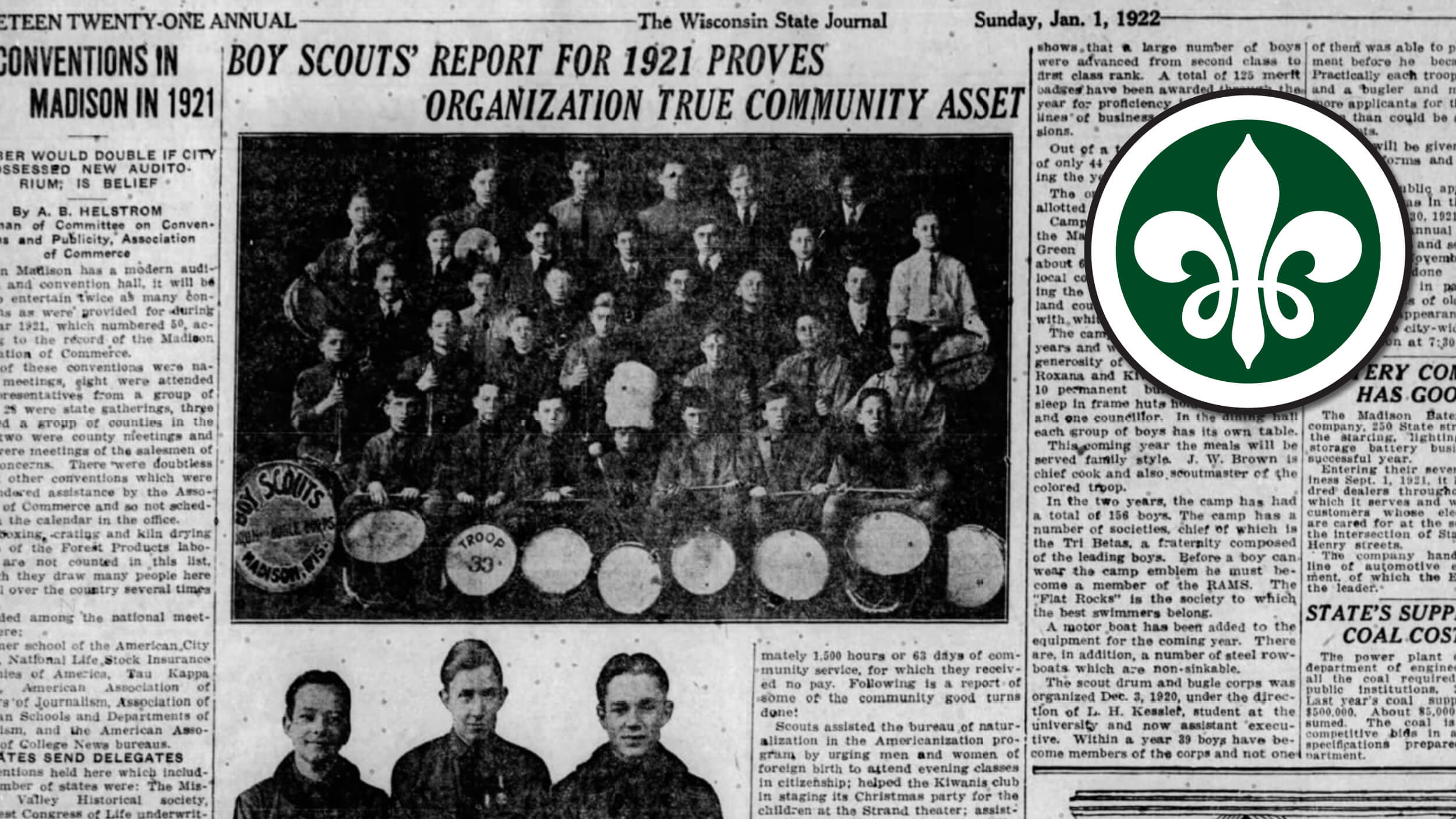 Recent historical research by the Madison Scouts uncovered that the corps long recognized to be founded in 1938, dates back even further, making one of Drum Corps International’s most storied units an even 100 years old.

Started as the Four Lakes Council Boy Scouts Drum & Bugle Corps, the origin story long recited by drum corps fans is that a group of businessmen saw a performance of the Racine Scouts Drum and Bugle Corps and decided that Madison, Wisconsin should have its own. Clarence H. Beebe took the reins as the first leader of the Boy Scout group, and the rest, they say, is history.

New research points to Lewis H. Kessler, a former Navy bugler and engineering faculty member at the University of Wisconsin, who served as the first director of the corps formed all the way back in December of 1920.

Komnick says about a year ago he ran across the information about Kessler and the 1920 drum corps and filed it away to take a closer look at a later date. As the organization began preparing materials for a history session presented to current corps members over the summer as well as the group’s “Walk On” fundraising telethon in the fall, it prompted him to head back to the archives. “I got (programs director) David Lofy involved and the two of us really dove in head first and started doing a lot of research,” Komnick said.

One of the major breakthroughs came as a result of more and more newspapers that have been digitized, cataloged and posted online in recent years. “Most of the information came out of the Wisconsin State Journal, which is the newspaper in Madison, and only until recently did they do full scans going way back,” Komnick said. “The information’s been locked away, and now it’s just easier to get access to it.”

Komnick points to a Journal article from January of 1922 that served as a year-in-review of scouting activities in the area. That provided a starting place for him and Lofy to continue to dig for more information.

The scout drum and bugle corps was organized Dec. 3, 1920, under the direction of L. H. Kessler, student at the university and now assistant executive. Within a year 39 boys have become members of the corps and not one of those was able to play either instrument before he became a member. Practically each troop sent a drummer and a bugler and many troops had more applicants for the cherished positions than could be supplied with instruments.

The first public appearance of the drum corps was in the Memorial day parade of May 30, 1921. The corps also played at the annual dinner of the Madison Scouts and served in the First Aid week in November. In addition, buglers have done good turns by sounding calls in patriotic exercises and at funerals of old soldiers.

Beyond the startup date, Komnick and Lofy have been able to piece together the corps’ performance schedule in its earliest years and also to form some hypotheses as to why the group went inactive for more than a decade after 1925, in addition to how Lewis Kessler played a part in the rebirth of the ensemble in 1938.

For Komnick, this discovery has been a bright spot of 2020 in what was a history-making year in and of itself due to the cancelation of the Drum Corps International Tour due to the coronavirus pandemic.

Take a deeper dive into the newly-discovered Madison Scouts history