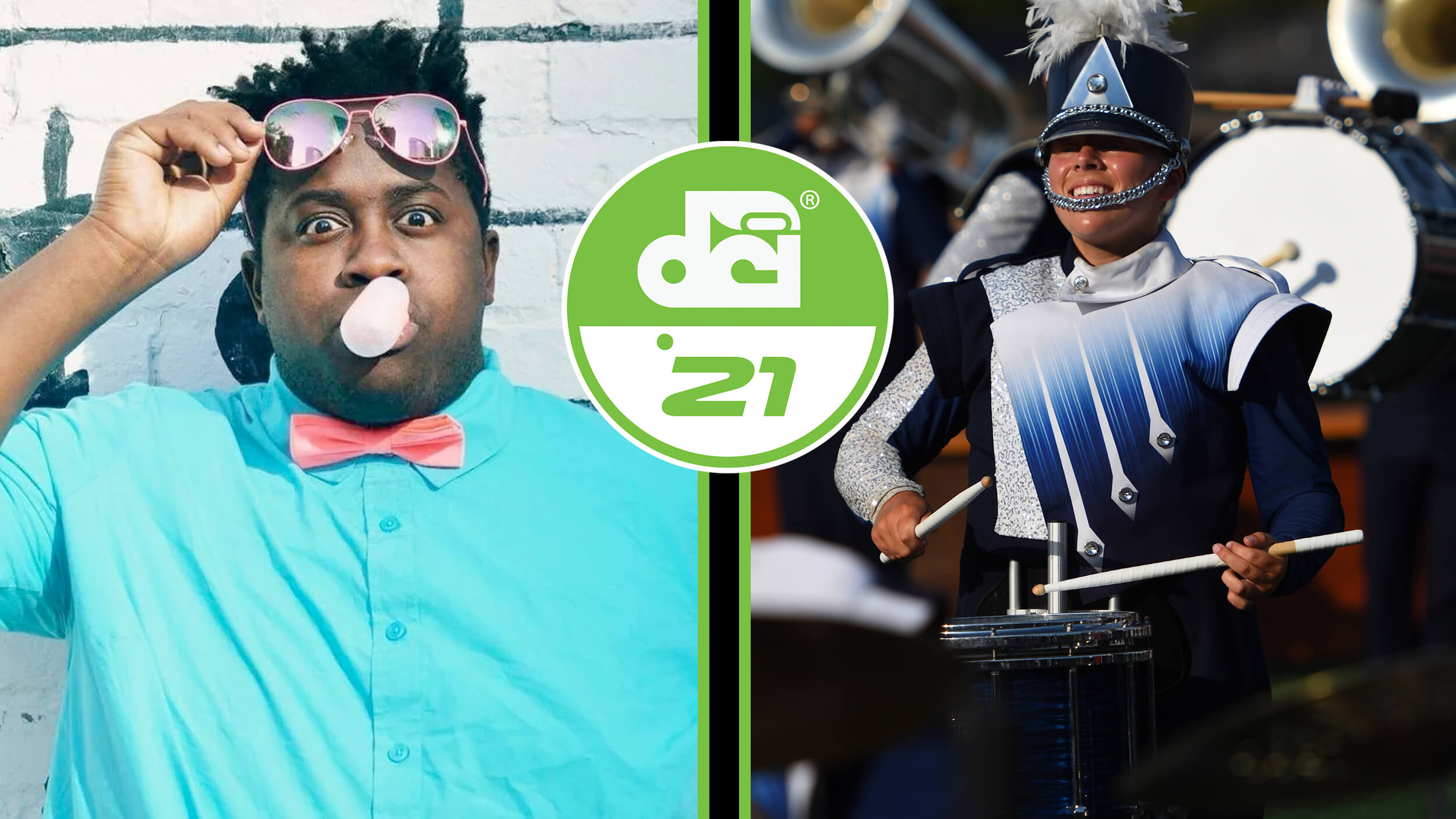 River City Rhythm director Bojan Hoover never crossed paths with Matt Allen at Rosemount High School in Minnesota. Allen’s time as a student at the school had concluded before Hoover came around as an educator.

By the time the two finally did meet—several years later—Allen was no longer going by his given name.

“Kind of a play on words, the hyphenated spelling or phonetic spelling of ‘nerdy,’” Hoover said. “He's a local hip-hop artist here in the Twin Cities, and has a growing national following.”

At River City Rhythm’s August 5 home event in Rochester, Minnesota, Matt “Nur-D” Allen will perform a setlist of his own works, but will also join forces with the corps to perform a joint arrangement of his 2020 song, “Brighter Day.”

“We wanted to have an opportunity where we could partner with local artists,” Hoover said. “The hip-hop drum corps mashup concept is somewhat new, it’s something unique.”

Allen brings a unique flair to the drum corps community; he’s a hip-hop and rap artist whose music largely touches on “nerdy” and niche areas of interest.

“He’s been doing a lot of what's called clean rap,” Hoover said. “No swearing, and the lyrics kind of all follow nerdy tropes. So, lyrics about video games, Dungeons and Dragons, and fantasy elements. It’s a different spin on hip hop.”

In the last year or so, though, a good bit of Allen’s music—and his efforts as a whole—has been focused on activism in the Minneapolis community and beyond.

Allen was and is heavily involved with the social justice movements of the past year-plus; in October, he produced a Ted Talk to discuss matters of racial equity and his experience growing up as a Black man in a majority-white community.

"He helps his audience better understand hip-hop music as a genre, why it operates the way it does, and why it's perceived the way it is,” Hoover said.

Impressed by his musical work and his community work, Hoover connected with Allen in 2020 with hopes of striking a partnership with River City Rhythm. According to Hoover, Allen wasn’t all too familiar with the drum corps activity, but has an instrumental and choral background and was more than willing to get involved with the corps.

Allen worked alongside River City Rhythm to talk with members as part of their virtual Winter Experience. As part of the event—which was an online educational camp and audition experience—the Minnesota corps hosted a Zoom interview with Allen to discuss more of his background and his message.

Ultimately, Hoover shared that working with Allen has been more than just a positive musical experience for River City Rhythm, it’s been a major learning opportunity for the corps as well.

“It’s absolutely been positive for our members, but it’s just a start,” Hoover said. “I hope that we can continue to not only collaborate with him, but other local artists, especially artists who maybe have traditionally been marginalized or might not have the same overlap of audience, so that we can bring a new perspective to our members and our community and expose that new genre, that new artist, to what we do and vice versa.”

“March On!”, Thursday’s DCI Celebration Tour event in Rochester, Minnesota, is set for 7:30 p.m. CT at Mayo High School. River City Rhythm’s performance with Nur-D will round out a lineup of five ensembles.

Buy tickets to the Rochester, Minnesota event on Thursday, August 5