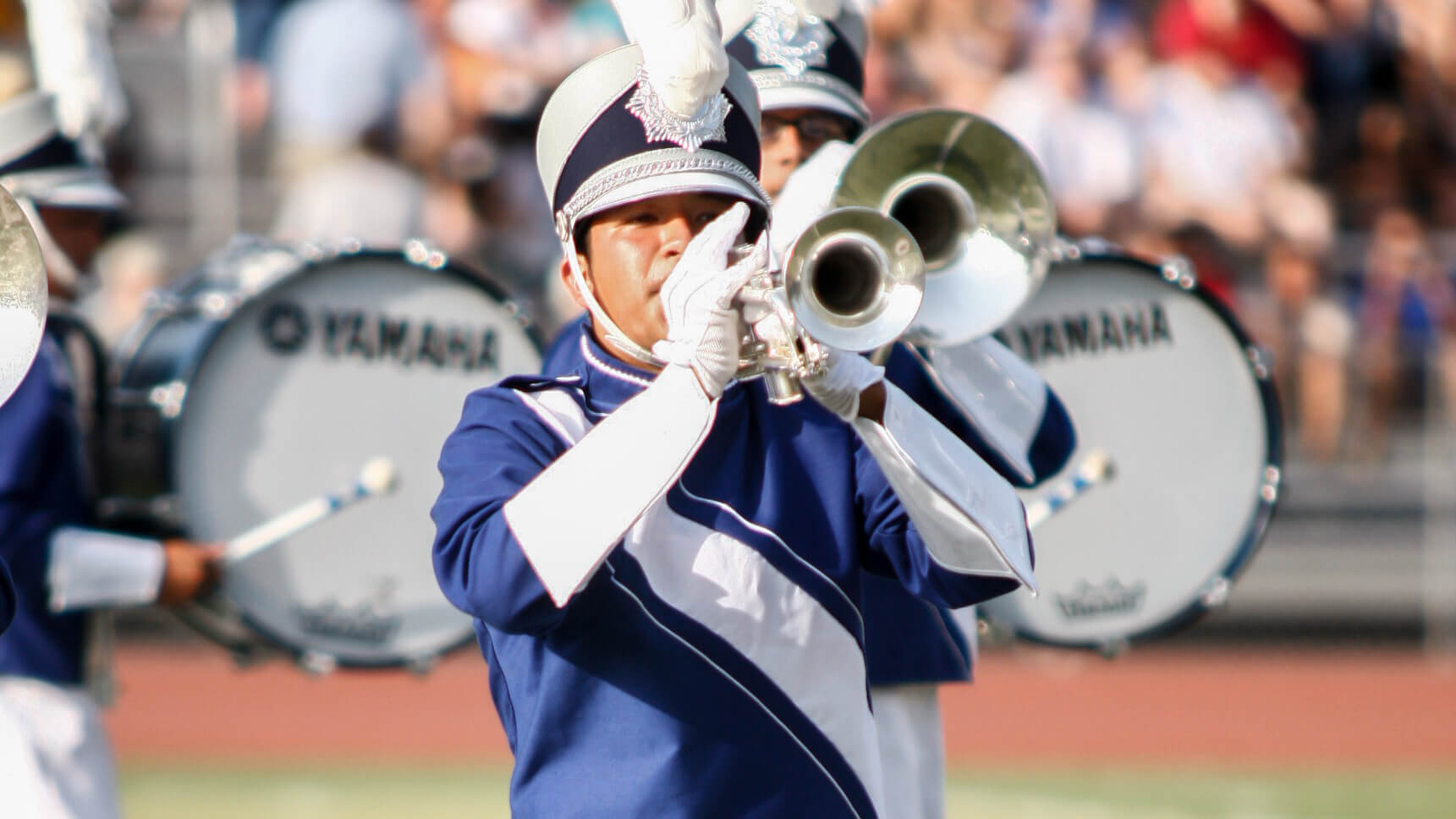 Under the direction of Nathaniel Lewis, the corps that now calls the California Inland Empire metro area its home, has been cleared to participate in a series of five regional Drum Corps International Tour events in 2018.

What happened to City Sound after last competing during the 2014 DCI Tour?

“Being in the city of Los Angeles, we had problems finding rehearsal space, so eventually I decided to shut things down and focused on spending more time with my son,” Lewis said. “He’s in high school now so I can get back to the corps … And we’re in an area now with lots of high schools where kids can get to the corps from several major cities.”

Lewis says that relocating his corps in the time since 2014 has paid dividends in recruiting members and having a more stable base of operation. The corps now rehearses in a central area about 45 minutes away from Los Angeles and San Diego and about 20 minutes from Riverside. “We’ve pretty much doubled the corps size since moving out of LA,” Lewis said.

City Sound’s relocation is also the impetus for the corps’ name change to Vessel, Lewis said. “A vessel is something you transport, move from one place to another. Going to a new area, we figured it was time for a change.”

Though Vessel will start fresh in 2018, the corps will have a head start thanks to the five years it previously operated between 2010 to 2014. “One of our advantages in starting the new corps is we’ve already got equipment,” Lewis said. “We have a full set of Kanstul horns sitting on the truck and brand new Tama drums still in boxes that showed up the day I shut down [City Sound].”

With some of the costliest phases to starting a drum corps already well in hand, the next step to getting back on the field for Vessel will be filling out its ranks. Lewis says that he’s been receiving emails from prospective members nearly every day, and the corps is on its way to fielding well over 100 members during its short 2018 tour. He anticipates that one of the keys to reaching that milestone will be keeping things as affordable as possible for students.

“We want [to serve] kids from different economic backgrounds,” Lewis said. “We don’t want kids to be unable to do drum corps because they can’t afford it.”

Vessel will kick off its 2018 California tour on July 1 in Riverside, with additional performances in Escondido (July 14), Bellflower (July 15), Bakersfield (July 20), and Pleasant Hill (July 21).

What you'll see on the August 8 MarchOn! Telethon
Read more