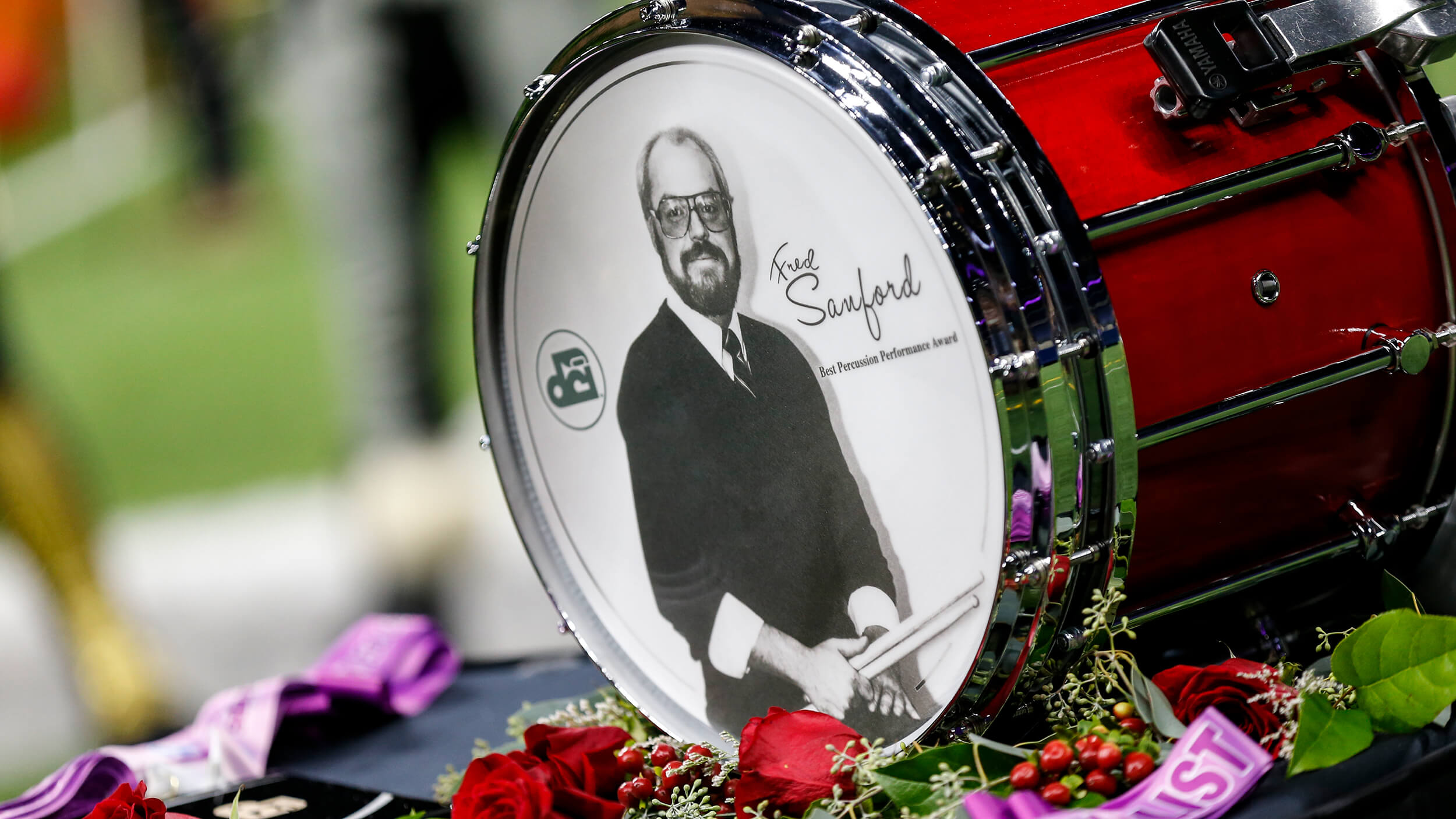 Over the last decade drum corps percussion sections have continued to push the boundaries of excellence. These corps represent the tops, winning the Fred Sanford Best Percussion Performance Award at the DCI World Championships, factored by the average percussion scores over the three nights of competition. 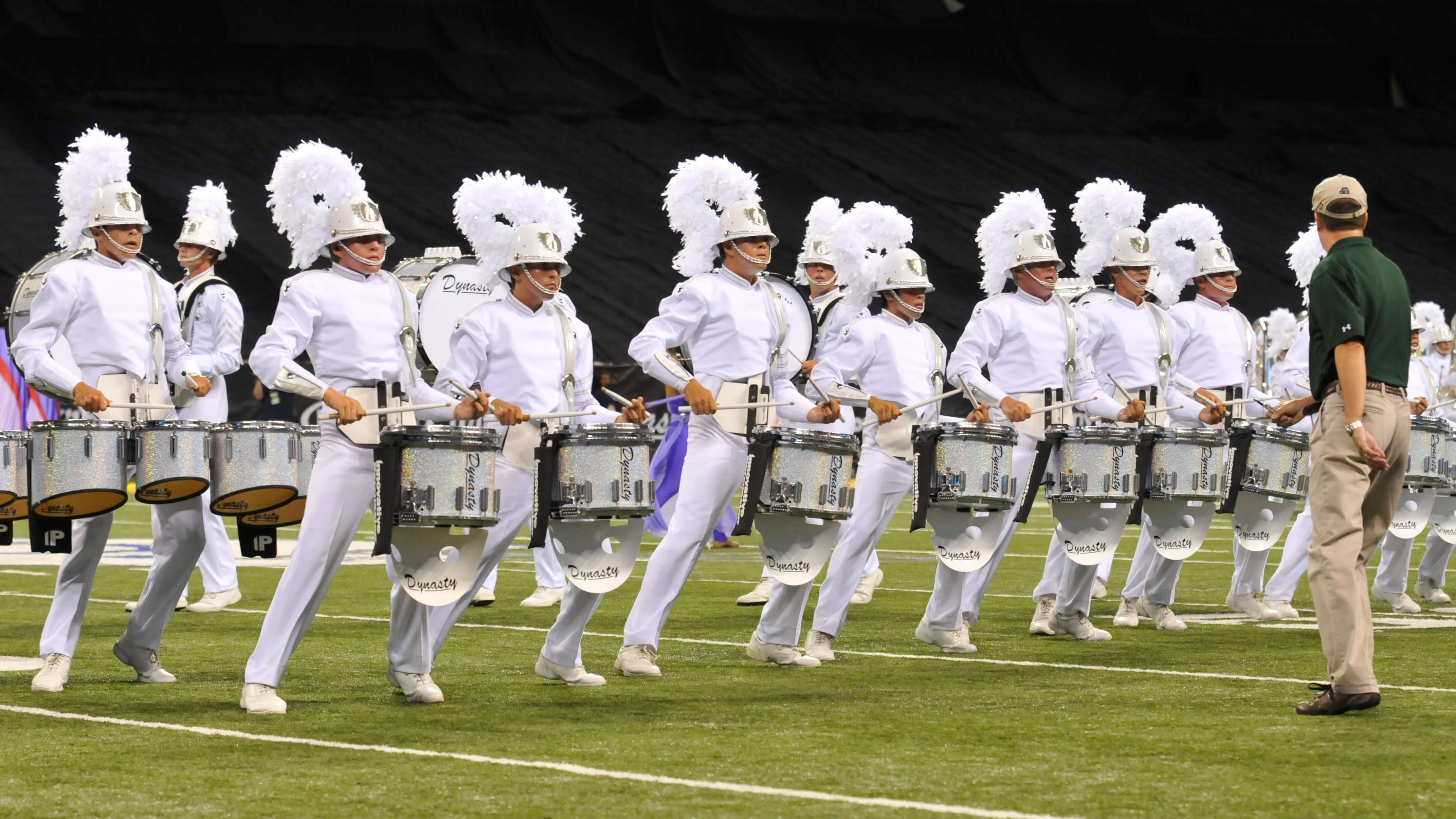 Phantom Regiment’s 2010 percussion section was one of the more standout caption finishers of the decade in terms of its finish relative to the corps’ overall placement. Similarly to Boston Crusaders’ color guard in 2018, the percussion caption took top marks while the corps earned sixth place overall. Regiment lost percussion a handful of times on the season, but finished strong with top finishes in each of the summer’s final three events.

Watch Phantom Regiment's "Into the Light" 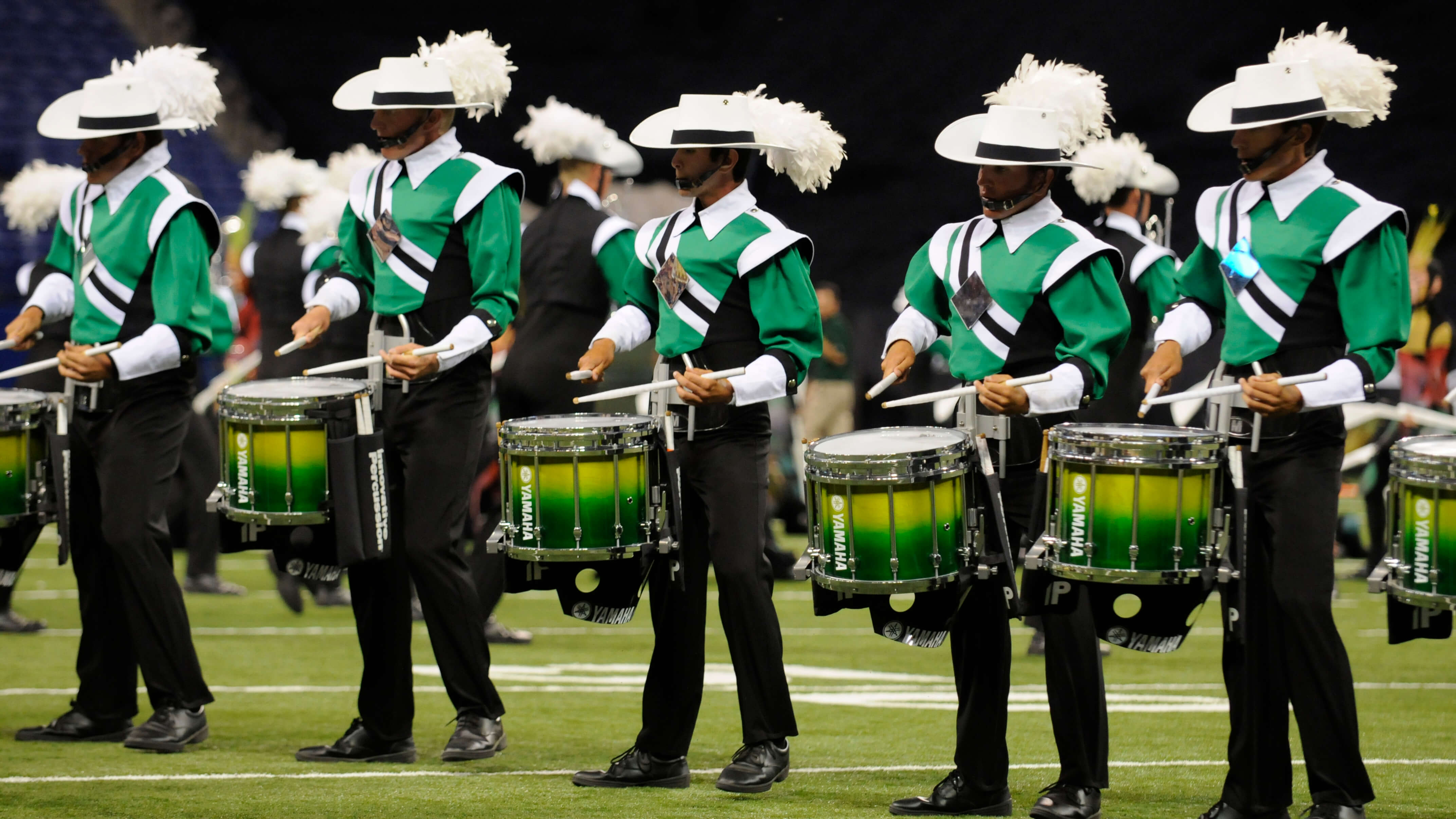 2011 was The Cavaliers’ first Fred Sanford Award in over a decade. The Rosemont, Illinois corps spent a good three weeks toward the end of the season scoring behind the Blue Devils — and even scored as low as third behind The Cadets — in percussion, but close caption wins in Semifinals and Finals sealed the deal. 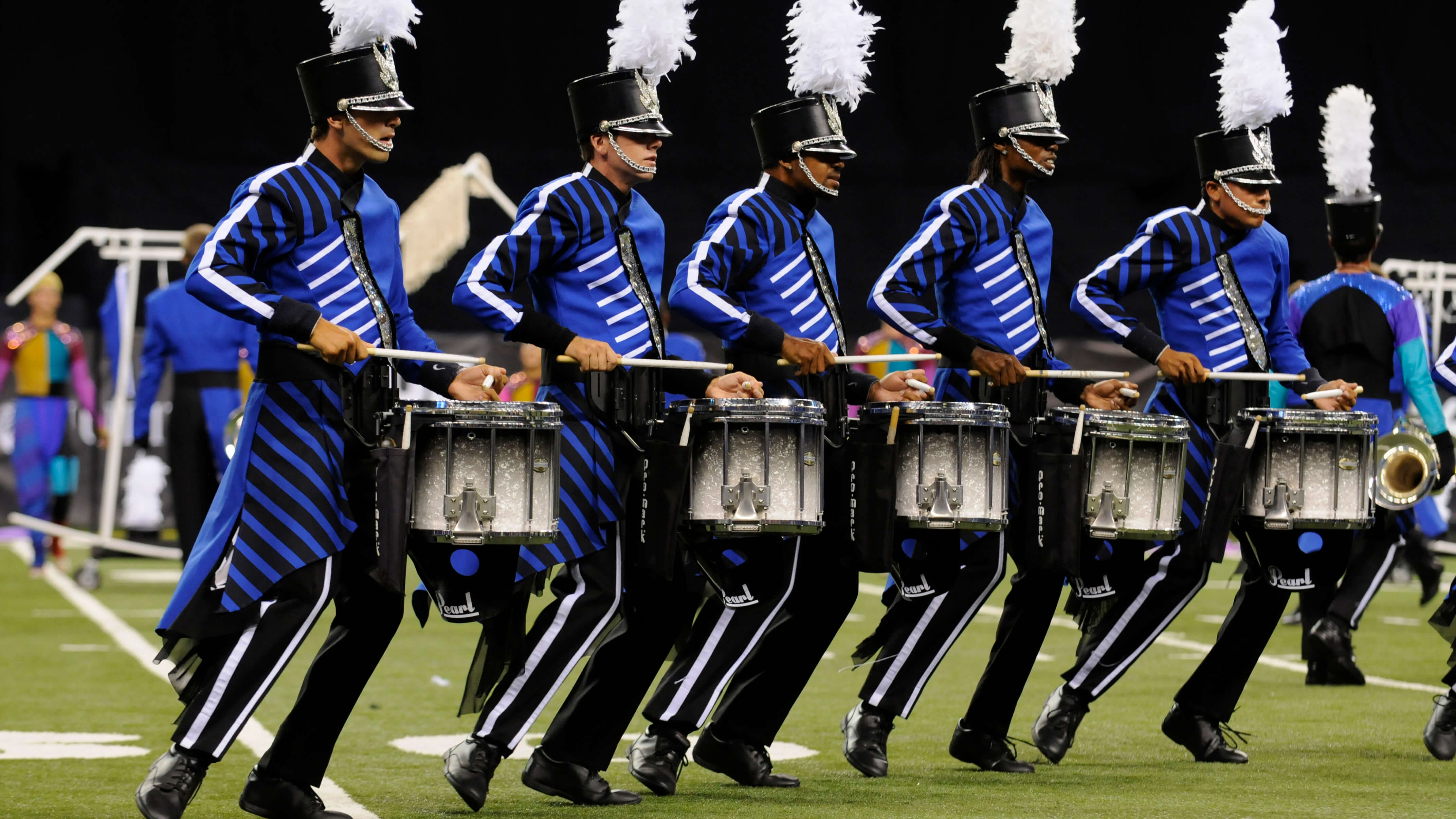 Blue Devils’ abstract 2012 production resulted in some equally unique and compelling passages of percussion music, which contributed to the Concord corps’ first percussion caption award since 2009. 2012, in an overall sense, was one of the widest gaps between first and second of the decade — Blue Devils fended off second-place Carolina Crown by 1.05 points — and that gap manifested itself in all but one of the year’s caption awards, brass. 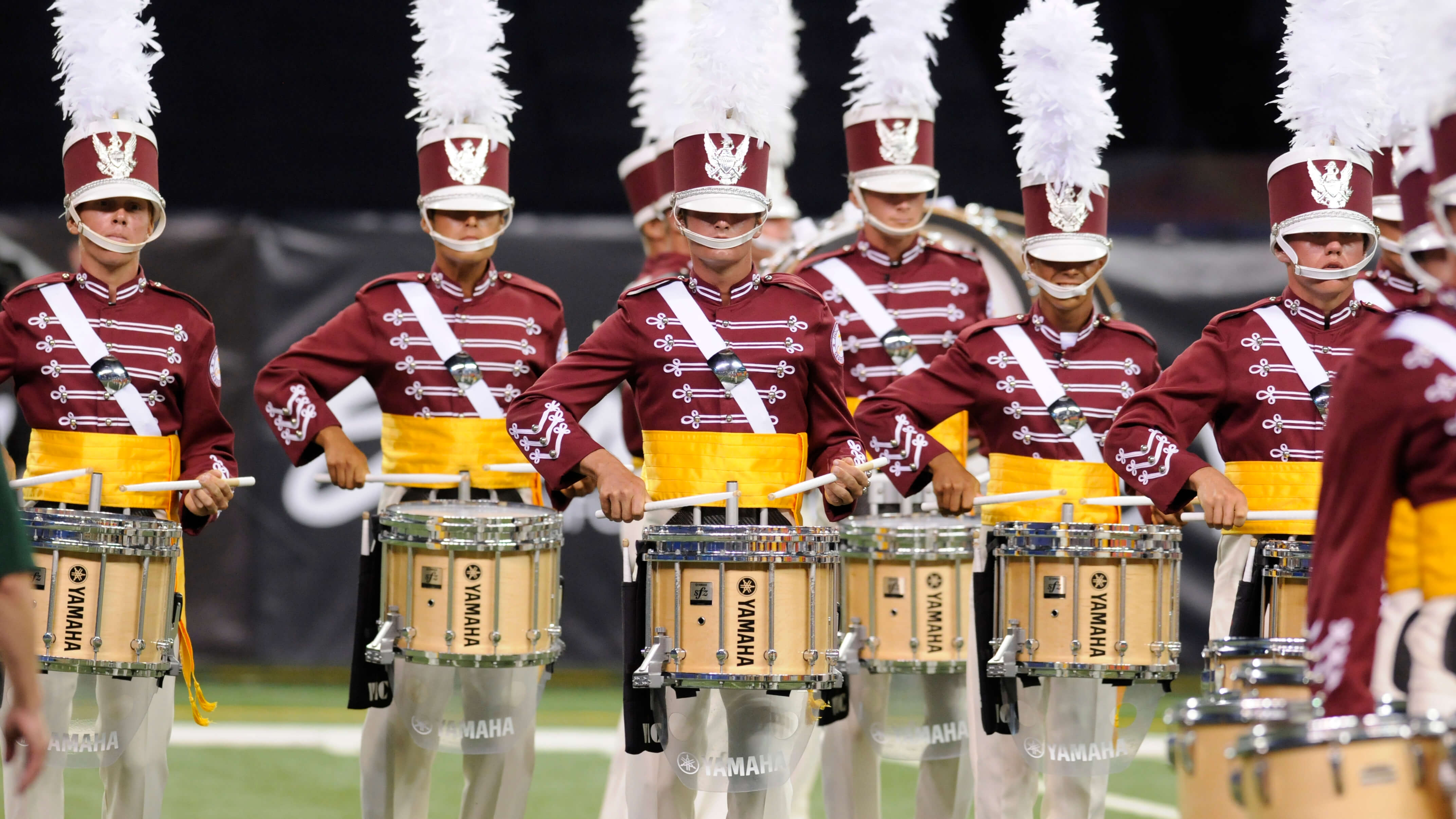 2013 was a truly vintage season from The Cadets’ percussion, with impeccably-clean, in-your-face passages of intense music being one of the  highlights from that year’s production, “Side X Side.” Percussion scores were close throughout the season between the Allentown, Pennsylvania corps and the Blue Devils, but all three nights of 2013’s World Championships went the way of The Cadets.

Watch Cadets' "Side X Side" 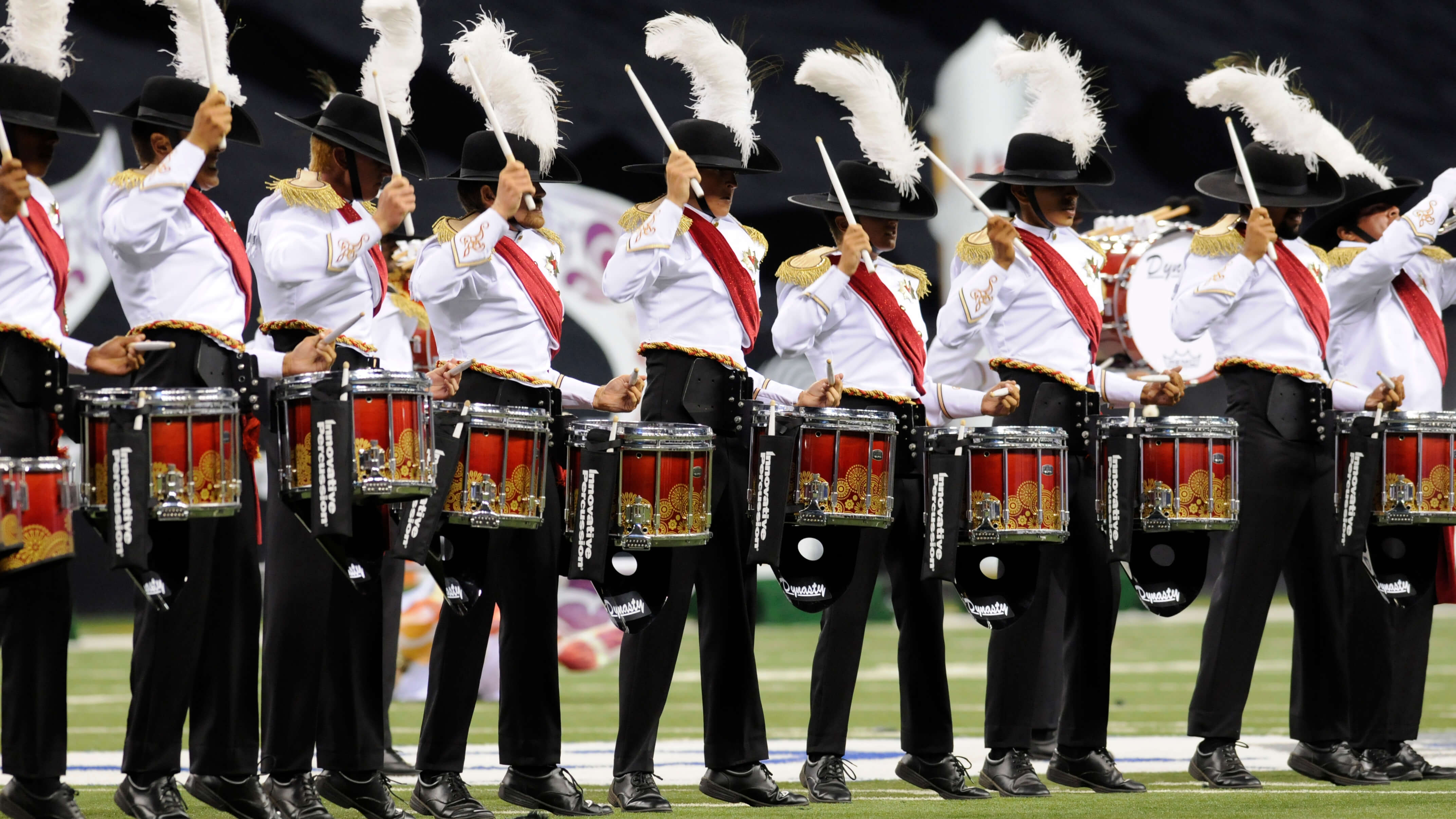 Vanguard’s percussion dynasty got off to a firing start in 2014, with the Santa Clara, California corps earning what would be its first of five caption titles in six years despite placing fourth overall at the World Championship Finals in Indianapolis. That season, Blue Devils dominated the field in an overall sense, scoring 99.650 and defeating the second-place Bluecoats by more than two full points, but Vanguard’s percussion section kept the Concord corps from a clean sweep of caption awards with its impressive average score of 19.75. 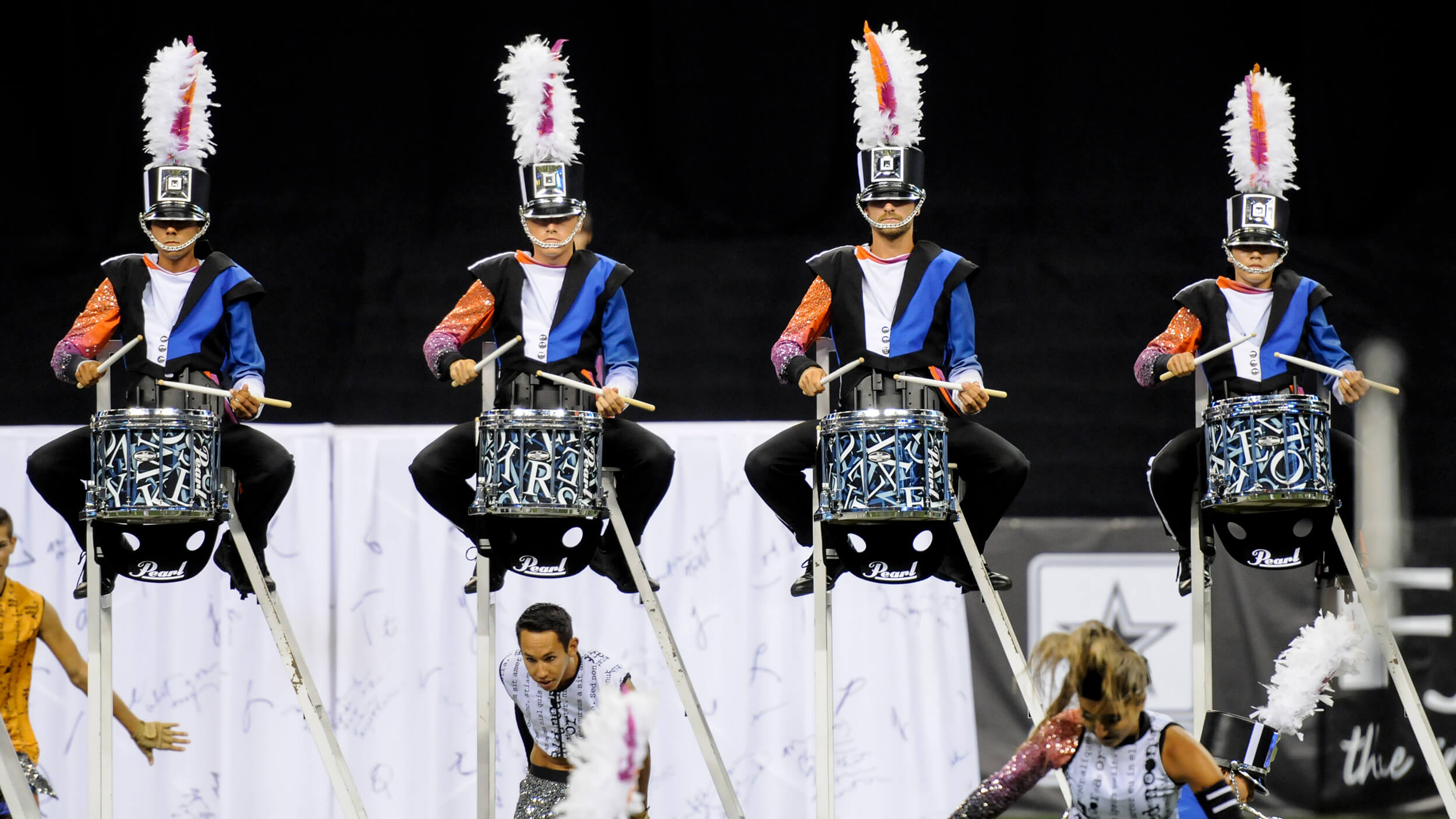 Earning a gold medal took a late-season comeback for the Blue Devils — who finished behind Carolina Crown in two of the corps’ last three meetings — and percussion scores were a big reason for the move. The Concord corps’ percussion section turned it on at the end of the season; Blue Devils didn’t even win percussion on either of the first two nights of championships, but a red-hot Finals run secured a close win over the Bluecoats. 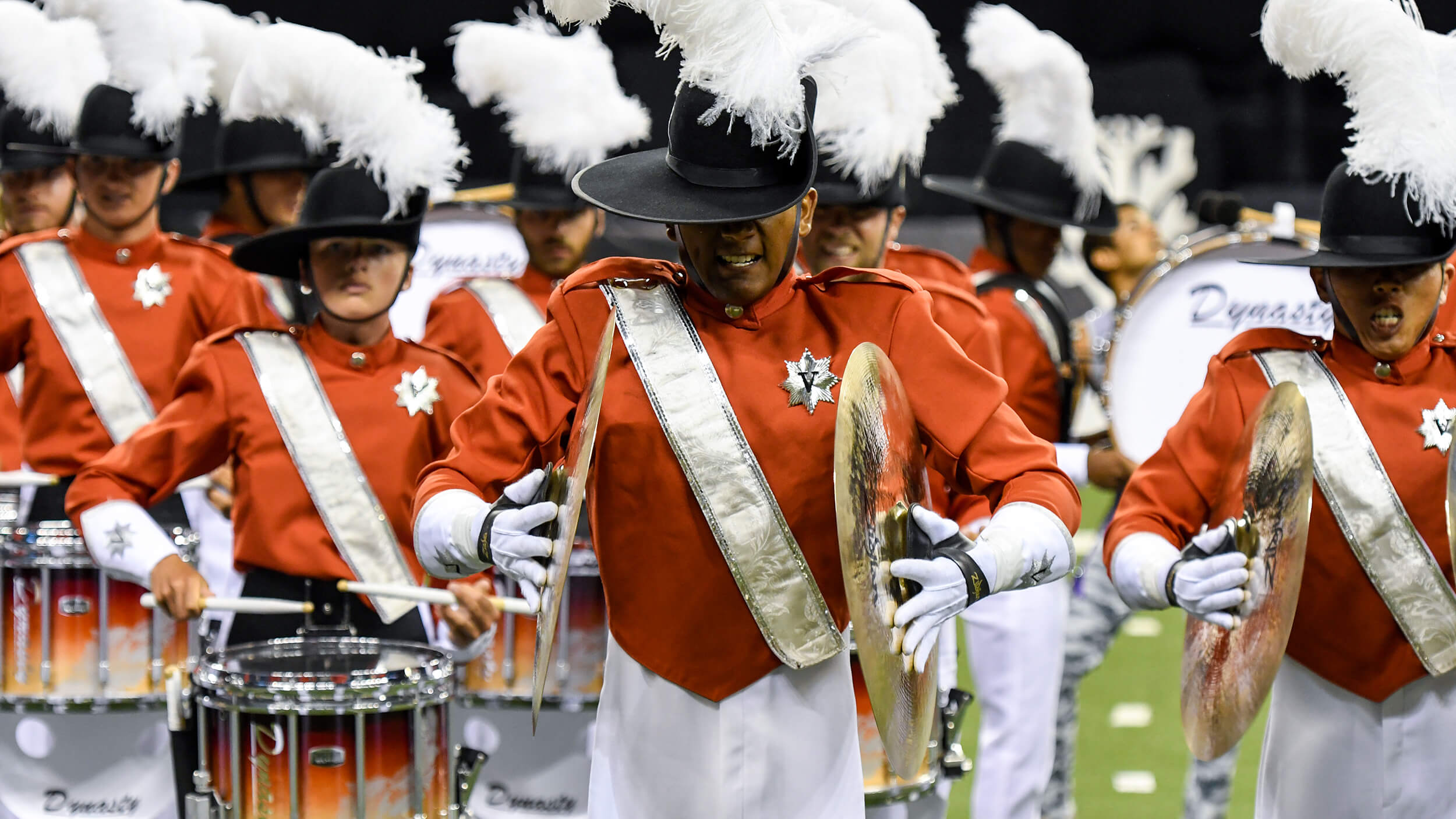 Okay, the rest of this list will focus on one corps, and you’re probably not surprised to see who it is. Vanguard’s performance in percussion over the past four years has been one of the most dominant stretches by any corps in any caption ever. Prior to Vanguard, no corps had won more than two percussion titles in a row since the mid-1980s. What’s interesting about 2016, though, is that it was the one year Vanguard's percussion reached truly elite status, before the full corps caught up the following year. 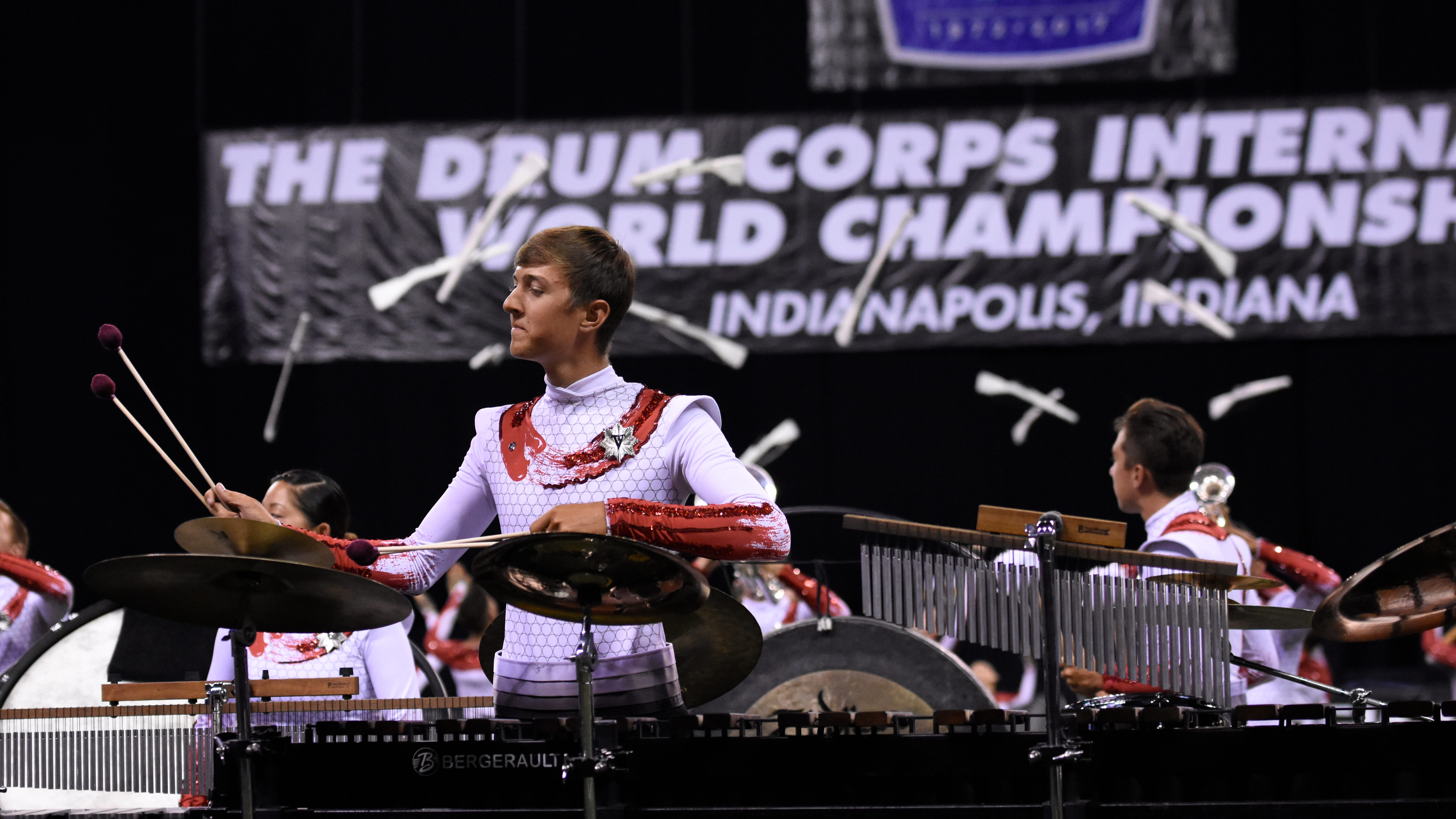 In 2017, Santa Clara Vanguard returned to the top tier of overall scoring, earning a medal for the first time in more than 15 years. That season, Vanguard nearly ran the table in percussion, winning the caption in all but one of its events — a mid-July loss to Bluecoats by just one tenth of a point. Blue Devils remained close behind Vanguard in the final days of the season, even scoring about a tenth from them on Finals night, but Vanguard never relinquished its lead. 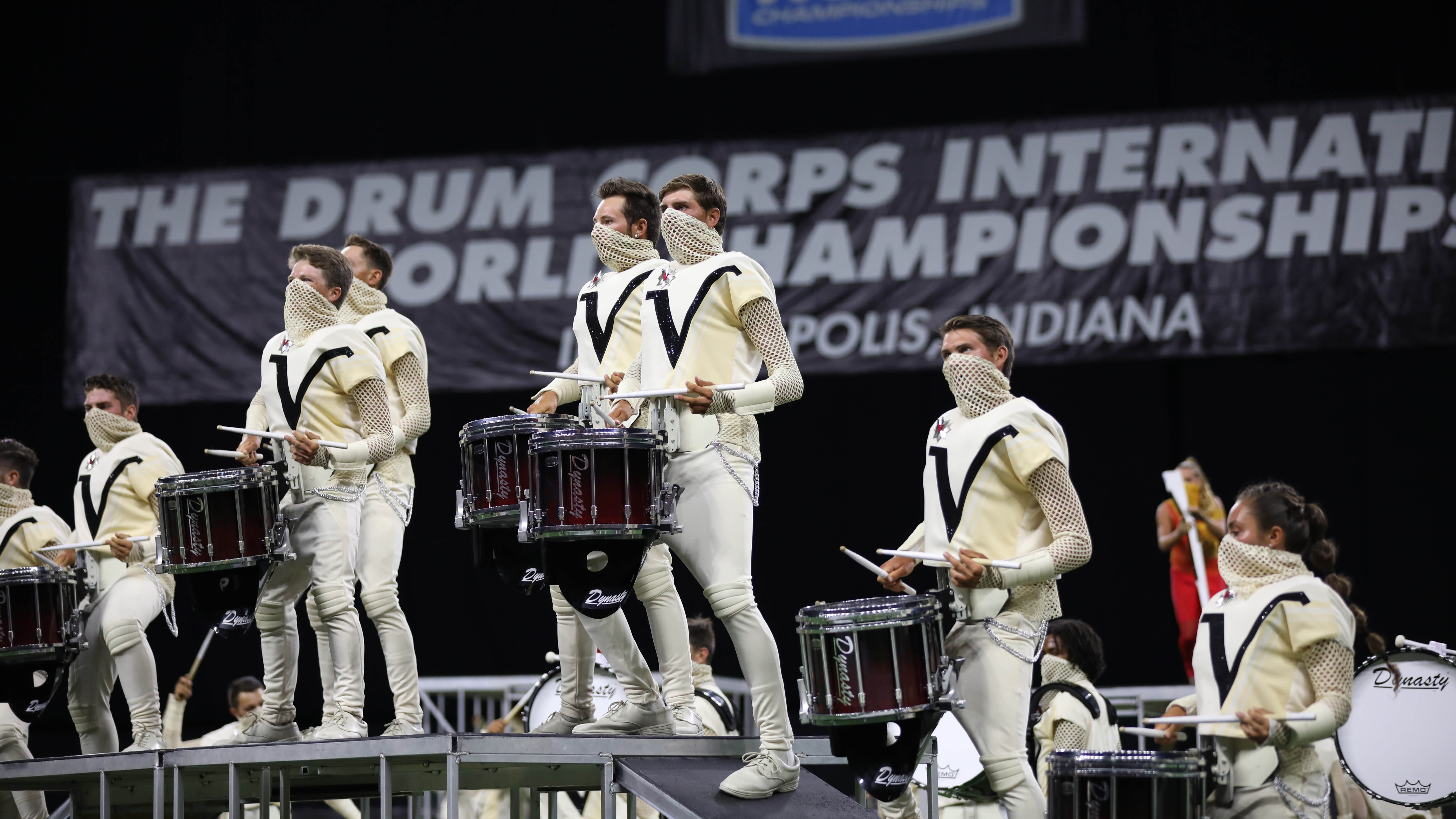 2018 was Vanguard’s standout season of the decade, and the corps’ percussion held serve. It was a similar story to the 2017 version, too; Vanguard lost in the percussion caption just once all season, falling behind Blue Devils for a night, this time by just two tenths, at the beginning of July. Otherwise, 2018 marked another year of sheer dominance. 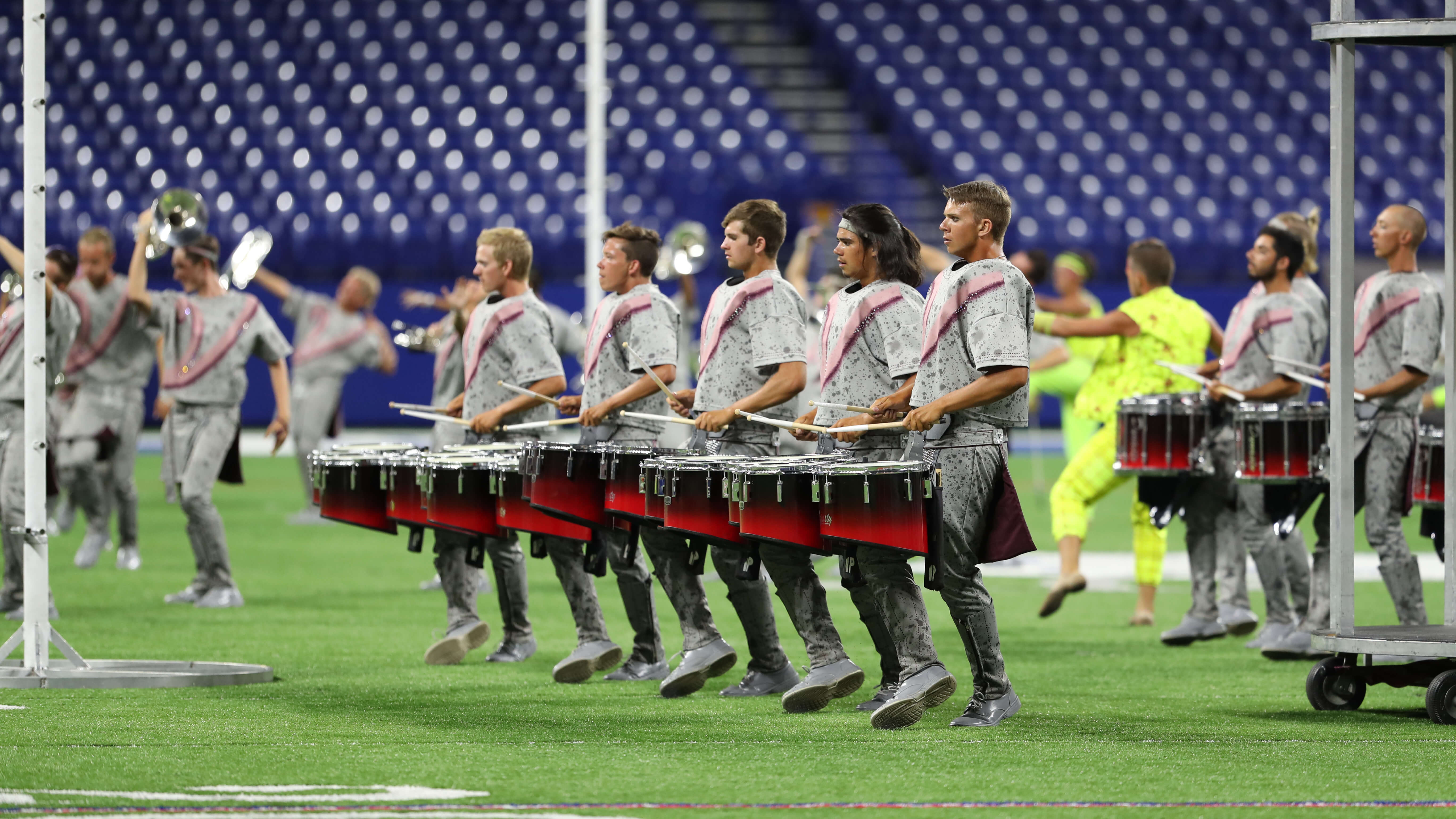 Vanguard’s head-to-head percussion loss to Blue Devils on Finals night in 2019 was the outlier of the past three years, marking the only time the Santa Clara corps didn’t top the percussion caption in a given World Championship event. That said, the margin was just 0.05 points, and didn’t change Vanguard’s average lead in the caption throughout the three days of World Championship competition. On the 2019 season, Finals night was  Vanguard’s only time not taking first place in the percussion caption all summer.

Inducted into the DCI Hall of Fame in 1991, Fred Sanford is one of the most influential figures in the history of marching percussion, thanks to a career that saw him excel as a performer, instructor, designer and arranger. During 12 stellar seasons with the Santa Clara Vanguard, Sanford's drum lines captured five percussion titles. Sanford passed away in 2000.