Like Drum Corps International will do this coming spring, the Percussive Arts Society (PAS) relocated to Indianapolis last April and is just one of the plethora of music and arts related organizations that are now calling the Circle City their home.

Founded in 1961, PAS is the world's largest percussion organization whose mission is to promote percussion education, research, performance and appreciation throughout the world. Annually, PAS hosts the Percussive Arts Society International Convention (PASIC) which is a series of concerts, workshops and percussion related exhibits. The 2007 edition of PASIC is currently taking place through this Saturday in Columbus, Ohio. As part of the organization's move to Indianapolis, PAS also has moved its museum of classic percussion instruments, archives of literature and other important papers relating to percussion. The move of the museum, to be opened in 2008, will allow many more members of PAS and the general public to research and enjoy the collection. How did PAS decide to move to Indianapolis? According to PAS Executive Director Michael Kenyon, the organization conducted a national survey for a city that would allow it to thrive as an organization and support the annual Percussive Arts Society International Convention (PASIC), as well as provide a good home for the museum. 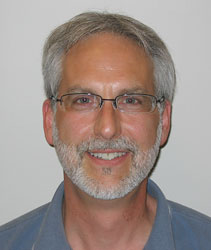 Michael Kenyon
"Being in the Midwest was good for us as it is in the center of our membership. Indy is a great geographic location and has great facilities for now and into the future," Kenyon said. PASIC is coming to Indianapolis in 2009 and will stay for three years, through the organization's 50th anniversary. After that, it will go out to another city for one year and come back to Indy for two years and repeat the cycle for at least the next 10 years. "We've found Indianapolis to be very welcoming and open. It's a great city logistically for events," said Kenyon. "The people we've worked with have been terrific and everything is positive. We think we'll be able to build a stronger relationship with Drum Corps International and other organizations and events that will be here. "There will be lots of opportunities for synergy of all the organizations that will be here in Indianapolis. I look forward to being in an environment where many of the performing organizations will be. Mutual benefits will come out of this in the future that probably wouldn't have happened if we weren't together in Indianapolis."