Alex Cantrell, a 2006 member of Memphis Sound, sent this picture. 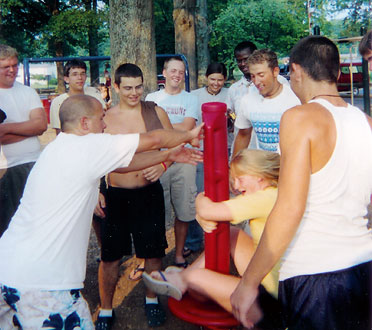 I took this picture at a park in Alabama where we had a standstill performance at a blues festival. A playground in the park had this red thing you could sit on and spin incredibly fast. Anybody on it had to hold on with everything they had. A few people tried to get up and run around after they stepped off, but none were successful. Amanda from the cymbal section was riding it when I took the picture.